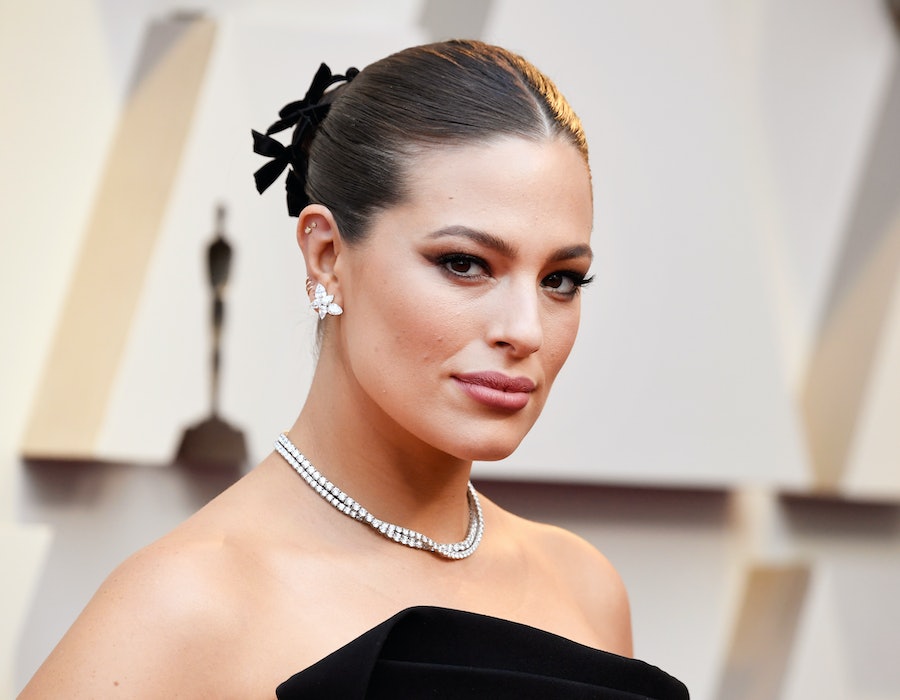 Milan Fashion Week has officially begun, kicked off by an in-person, yet socially-distanced fashion show for Fendi. In it, models walked an ethereal white runway in looks that were just as soft and airy as the atmosphere. The cast included at least 2 plus size models this time around: Paloma Elsesser who walked in last season's show, and Ashley Graham making her runway debut for the fashion house. Ashley Graham's Fendi appearance also marked her official return to the runway after giving birth to her son, Isaac, back in January.

The Fendi Spring 2021 collection included sheer chiffons, easy silhouettes, and a color palette that was mainly black and white, peppered with pops of bright red and soft, powder blue. Graham herself was wearing a black and white floral sheer wrap dress with a short black slip underneath, with minimal makeup and her hair in a low bun right above the nape of her neck.

Graham shared the moment on social media, posting to Instagram with a photo of her recent runway walk, writing, “Woke up in a Fendi dream, thank you for having me and congratulations on such a gorgeous collection! It has been a difficult year for everyone and I’m so impressed by the fashion industry’s resilience and quick adapting. Thank you to everyone who helped me (safely) get back to the runway. I missed it so much!”

It has been nearly a year since she hit the catwalk last, having made an appearance in Tommy x Zendaya’s show last September while nearly six months pregnant.