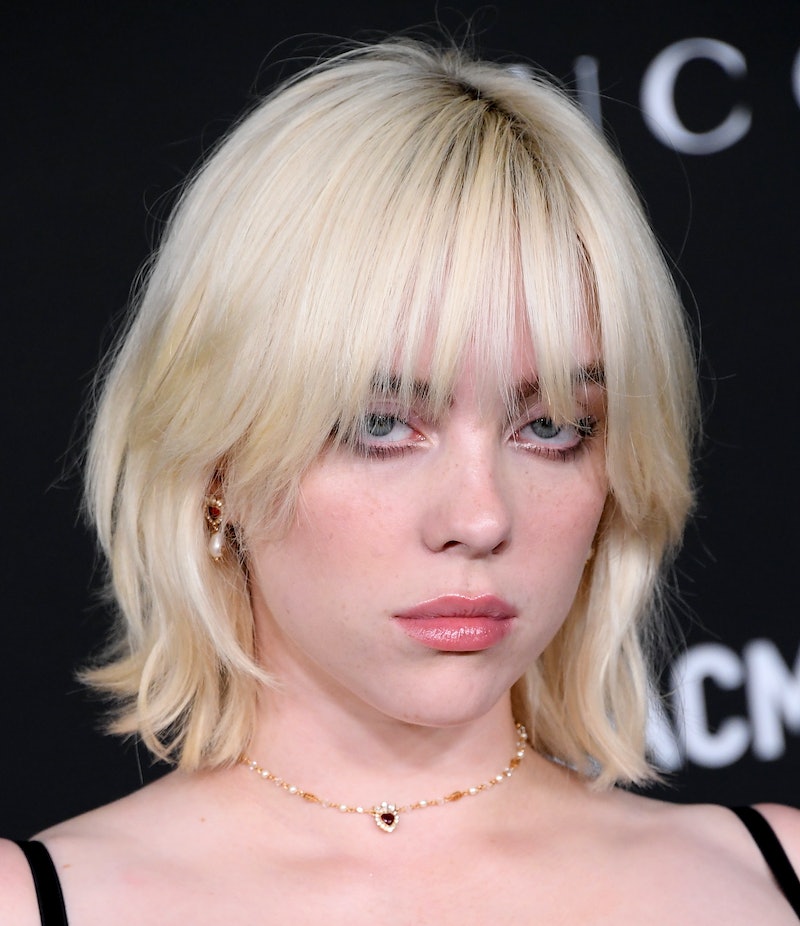 The 19-year-old “Happier Than Ever” singer showed off a new ’do — a shaggy brunette chop — in a photo posted to Instagram on Thursday.

Eilish first teased the style on Instagram Stories with a close-up shot of her eyes and choppy brunette bangs, and followed up with a selfie a few hours later revealing the full look and new dark brown shade. “Miss me,” she captioned the post, which has racked up more than 11 million likes and hundreds of thousands of comments. And while a few mourned the end of blonde Billie, most are loving the color on the singer.

Eilish’s hair color switch-ups frequently go viral. The singer broke Instagram records in March when she debuted her lightest ’do yet in a photo that became the fastest ever to reach one million likes. (“I couldn’t go anywhere with that hair because it was so obviously me,” she recently told ELLE of why she ditched her signature black and neon green hair. “I wanted anonymity.”)

Her latest color change comes ahead of her SNL appearance on Dec. 11, during which she’ll both host the show (for the first time) and perform. “AHHHHHH!!! I’M HOSTING AND PERFORMING ON SNL!!! CRAAAAZY I COULD SCREAM! @nbcsnl on december 11th!! see you then!!”, she wrote when she announced the gig.

How long will Eilish’s new ’do grace us with its presence? If we had to guess, not long. But Brunette Billie is major winter hair inspo, no matter how long she sticks around.

More like this
Lily Collins Swears By This Product For Perfectly Air-Dried Hair
By Keely Weiss
2022's Top Wedding Hair & Makeup Looks, According To Pinterest
By Olivia Rose Ferreiro
10 Swoon-Worthy Beauty Looks From The 2022 Cannes Red Carpet
By Olivia Rose Ferreiro
Millie Bobby Brown's Blonde Hair Is Very Britney Spears Circa 2002
By Paris Giles
Get Even More From Bustle — Sign Up For The Newsletter