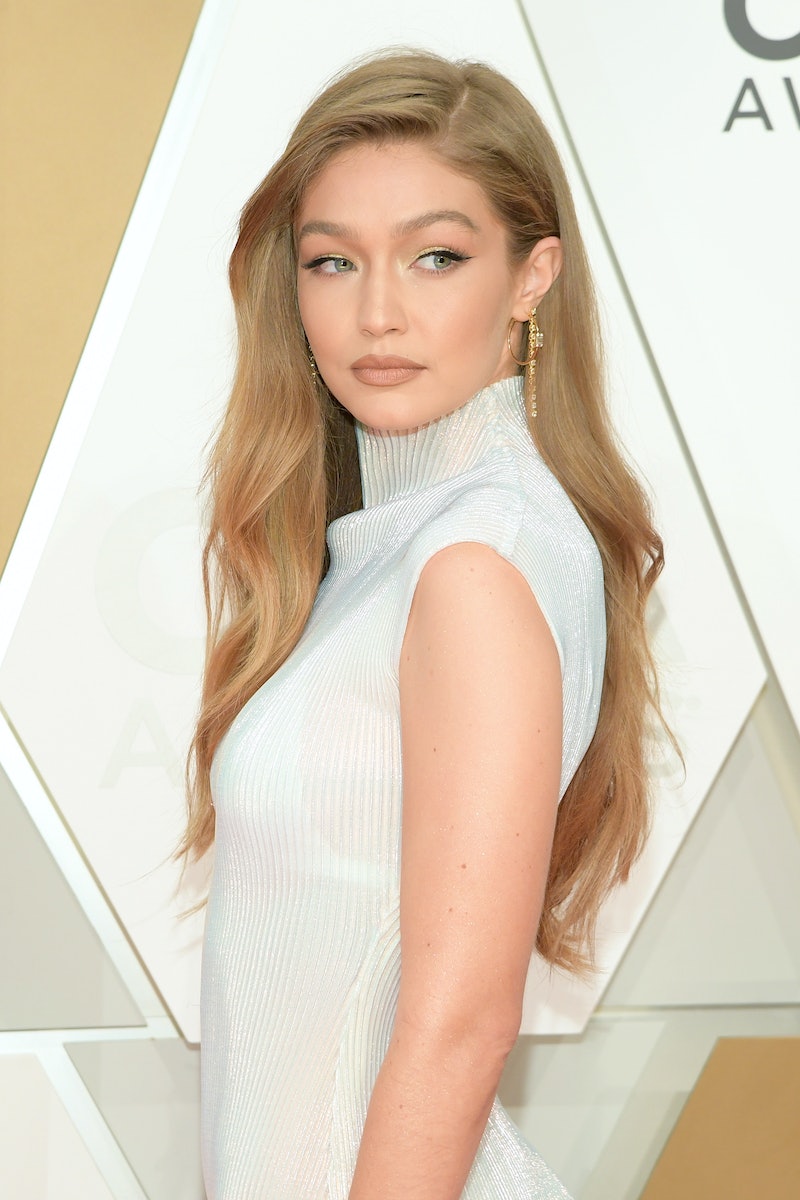 You may have noticed the many birthday tributes that poured in, but it was Gigi Hadid’s colorful French manicure that really caught everyone’s attention over the weekend. The model celebrated her 26th birthday in NYC on Friday, April 23 — and while she spent most of the weekend away from her phone, she recently resurfaced to reveal a seriously fun beauty look (and to send her thanks for all the well wishes).

The new mom’s manicure is one of her most swoon-worthy yet — and it’s so perfect for spring. She tapped her go-to manicurist Mei Kawajiri for the look, who opted for shades of cyan, orange, bright yellow, and beige for Hadid’s nail beds, while pops of fuchsia, red, and lime decorated her almond-shaped tips.

Hadid paired her dreamy nail look with an equally fun hairstyle by way of celebrity hairstylist Laura Polko (the brains behind Lucy Hale’s waves). With her hair in a Gen Z-approved middle part, Polko wrapped the face-framing sections of Hadid’s hair in tiny clear rubber bands for a fresh spin on the bubble ponytail, a trend recently seen on stars like Ariana Grande and Tessa Thompson. The supermodel topped everything off with a smoky cat eye and nude lip, courtesy of makeup artist Patrick Ta. “Took the weekend mostly off my phone but just wanted to say thank you all so much for your beautiful birthday wishes,” she wrote in the caption of her Instagram photo. “I’m sending hugs far and wide.”

Hadid isn’t the only one who’s been having fun with nail art lately. At the Oscars, Carey Mulligan hit the red carpet with a reverse French manicure that went perfectly with her stunning gown. On the same night, singer and actor Andra Day rocked a subtle mani with graphic, V-shaped French tips. If you needed some inspo for your next mani, then your search just might stop here.