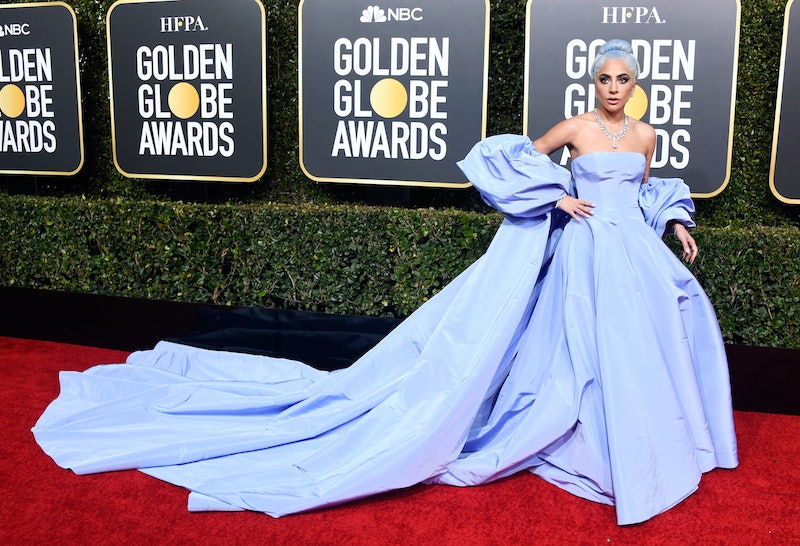 Though the Golden Globes are decidedly different than they have been in years past, they’re still here, still televised, and still ready to celebrate all of your favorite productions on the big and small screen. It’s the first large awards show of the year and hopefully a good omen of things to come. And there will be fashion, albeit presented differently than in years past. If, like many fans, you're wondering what time the 2021 Golden Globes red carpet show starts, read on.

E! will be hosting a pre-show, beginning at 4PM EST. The show will likely display celebrity outfits as they debut online, though there will be no red carpet interviews.

While there will be no official red carpet, celebrities beaming in via Zoom are sure to be dressed to the nines. As such, you should expect quite the showing on Instagram, Twitter, and TikTok as stars show off their looks for the night.

One thing that hasn't changed since the pandemic? The hosts. The dream team, Tina Fey and Amy Poehler will be hosting again. They’ve taken a hiatus over the past few years, but killed it playing MC in 2013, 2014, and 2015. The pair was announced back in January 2020, right before the pandemic hit at full force so, though it’s certainly not the awards show that anyone pictured at the time, they’re sure to make it one of the best yet.

Though the comedy sisters will be hosting together, they won’t actual be, well, together. To aid in the social distancing requirements of this year, the show will be broadcasting from both coasts, with Fey holding down the stage in New York City at the Rainbow Room, while Poehler will reside at The Beverly Hilton in California.

The 2021 Golden Globes will air on Sunday February 28 at 8pm EST. Though they normally kick off the awards season in January, the Covid 19 crisis pushed it back a few months this time around. The show will be airing exclusively on NBC, but can also be streamed on the network’s website for those without a cable provider.

Television and film visionaries are nominated across the board, though the category to watch is Best Director of a Motion Picture. Of the five nominated, three are women: Emerald Fennell for Promising Young Woman, Regina King for One Night In Miami…, and Chloé Zhao for Nomadland. In the Golden Globes’ 78-year history, only five other women have ever been nominated in this category. In addition, the Cecil B DeMille Award will be given to Jane Fonda and the Carol Burnett Award will be given to Norman Lear.

More like this
Harry Styles’ Red Carpet Looks Have One Thing In Common
By El Hunt
These Are Kylie Jenner's Best Paris Fashion Week Looks... So Far
By Dominique Norman
Hailey Bieber Channeled Jackie Kennedy At Paris Fashion Week
By Allie Fasanella
Taylor Swift’s Latest ‘Midnights’ Look Went Heavy On The Glitz
By Allie Fasanella
Get Even More From Bustle — Sign Up For The Newsletter