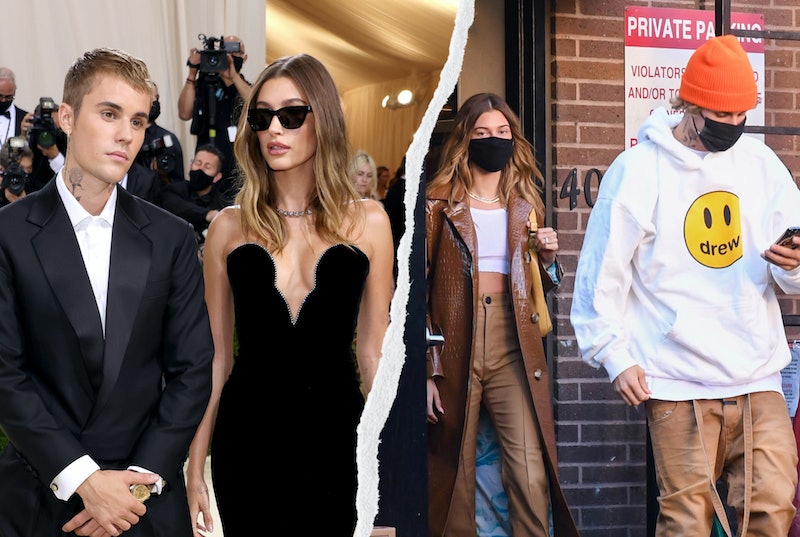 It’s simply a fact: Justin and Hailey Bieber are one of the chicest couples out there. Given their performing and modeling backgrounds, it’s no wonder that they always look like the epitome of cool when they step out their front door, be it together or separately. You’re likely well-acquainted with the fact that all of Hailey’s favorite items sell out in mere minutes after she is seen wearing them. And Justin even designs for his very own casualwear line, Drew. Clearly, the pair knows fashion.

But whether they’re slipping into a sweatsuit or going full-blown black tie for a red carpet, the pair is known to coordinate with one another. While some might call some a coincidence, most fans can’t help but staunchly believe that they were all definitely pre-planned. Or at least they can hope.

Ahead, find the 5 times that Hailey and Justin Bieber stepped out in matching outfits. And you’re going to want to steal each and every one of their coordinated looks for date night, whether you plan to hit Pilates for a couples workout or go to a fancy gala in your best formalwear.

From their Parisian monochromatic moment to identical activewear color palettes, prepare to be inspired. And it might inspire a Halloween costume or two, as well.