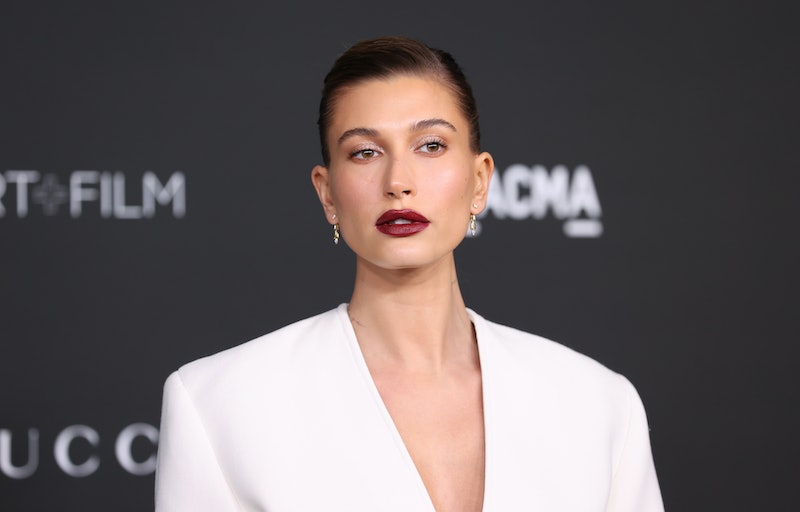 The latest Victoria’s Secret campaign has arrived, and it somehow manages to be both super steamy and ice cold all at once. “Frozen Flowers” stars Hailey Bieber, Adut Akech, and Paloma Elsesser frolicking and twirling in the snow while wearing pieces from the new winter-inspired collection. The dreamy assortment of bras, panties, teddies, and robes features seasonally appropriate details, like frosted florals, chic silhouettes, and icy accents.

In the campaign video posted online, Bieber is doing typical wintertime activities — lounging in a lawn chair, for instance — in front of a snowy mountainscape as flurries float and fall through the air.

One of her looks is a full-length black bodysuit and pink arm warmers, which is definitely giving ski resort vibes. She also sports a matching floral bra and panty set with bright pink snow boots, in what’s got to be the least warm snow-ready ensemble in existence (but it’s still pretty cute, so you get it).

Akech rocks a couple monochromatic red and purple looks, and Elsesser steps out in a lavender bra and panty set with a floral robe draped over.

Last summer, Victoria’s Secret announced that it was staging a major rebranding effort, officially ditching the signature supermodel “Angels” who once dominated the lingerie scene in the ‘90s and ‘00s.

Then, in Nov. 2021, Bieber joined the newly established “VS Collective” as part of the overall rebrand.

Although the Victoria’s Secret Fashion Show may no longer be in existence (at least for now), this new generation of models for the brand is sure to keep serving conversation-starting looks for the foreseeable future.