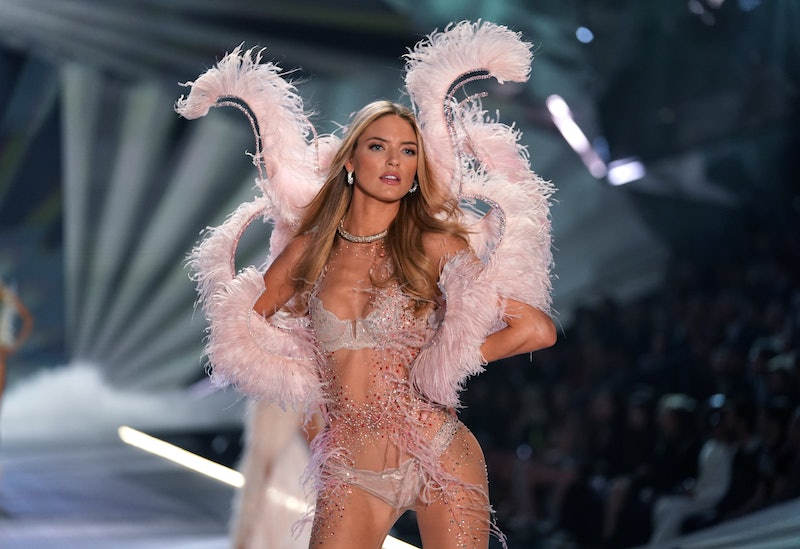 If you grew up in the ‘90s and ‘00s, you likely had some type of exposure to Victoria’s Secret. The retailer dominated the lingerie space for decades. From its provocative catalogue to its ubiquity in malls worldwide, it was nearly impossible to not encounter the lingerie behemoth.

Stepping into a Victoria’s Secret store to get fitted by an associate for your first “real” bra was widely considered a rite of passage for suburban teens navigating puberty in the early aughts. When the company introduced Victoria’s Secret PINK — a product line specifically targeted at young adults — in 2002, it only further affirmed its place in the upper echelon of go-to retailers of the early aughts.

The Victoria’s Secret Fashion Show worked to deepen the brand’s cultural impact. What began as a typical lingerie runway show morphed into an annual extravaganza that was billed as a major cultural event. The show became an over-the-top marketing machine complete with multimillion dollar bras, celebrity performances, and more glitter and confetti than you can possibly imagine.

Is it any wonder that this signifier of excess eventually became a caricature? With diversity and inclusion playing an ever increasing role in how brands create and market their products, businesses, like Victoria’s Secret, that failed to evolve are struggling to find their footing.

After a disgraceful run of public and private scandal, the brand is finally starting to embrace inclusion and cater to the female gaze. It recently announced the VS Collective, a diverse set of women athletes, activists, actors, and thinkers including Megan Rapinoe and Priyanka Chopra. Given its new direction, VS announced that the Angels and the runway event are now a thing of the past. Here’s everything you need to know about the Victoria’s Secret Fashion Show’s rise and fall.

Though Victoria’s Secret announced a rebrand in June 2021, they did not reveal whether a new and improved version of the fashion show would coincide with the new marketing rollout.

In the meantime, lingerie fans are seeking out fashion shows from other companies like Savage X Fenty, which hosts an event with celebrity performances, dance routines, and model appearances on Amazon Prime during September Fashion Week.

Is the Victoria’s Secret Fashion Show over?

In 2019, L Brands — the parent company of Victoria’s Secret — announced that the show would be no more after years of declining viewership and slumps in sales. L Brands’ chief financial officer said that it was important “to evolve the marketing” of its signature lingerie brand. Not so coincidentally, the announcement coincided with the rise of several popular DTC lingerie brands that were embracing a more inclusive approach to lingerie, including Rihanna’s Savage x Fenty.

Who are the Victoria’s Secret Fashion Show 2021 models?

Victoria’s Secret is attempting a major rebranding effort. In June 2021, it announced that it was enlisting the help of a new class of ambassadors to shift the image and perception of the once powerful brand. That roster includes soccer star and equality advocate Megan Rapinoe; Chinese-American Olympian Eileen Gu; curve supermodel Paloma Elsesser; and actor and investor Priyanka Chopra Jonas.

Only time will tell as to whether the effort pays off and the brand is able to successfully reinvent itself during these rapidly changing times. There’s no indication that these models will be tapped to appear in a fashion show, though they are reported to star in ad campaigns and collaborate with the brand on upcoming collections.

The list of models who have worn those VS Angel wings in the past is truly endless, but here are some of the highlights: Tyra Banks, Adriana Lima, Gisele Bündchen, Heidi Klum, Miranda Kerr, Alessandra Ambrosio, Karlie Kloss, Gigi Hadid, Bella Hadid, Winnie Harlow, and Kendall Jenner.

What made the Victoria’s Secret Fashion Show so popular?

In its heyday, the show got millions of people to tune in. In 2001, for instance, ABC’s primetime broadcast of the event brought in 12 million viewers. Supermodels walking down a runway in lingerie may not be the most ingenious concept, but it was certainly a popular and profitable one. According to a 2015 Forbes interview with Victoria’s Secret former President and CEO Sharen Turney, the event paid for itself “five times over.” For Turney, it presented a path to keeping the brand fresh and relevant.

“The Victoria's Secret Fashion Show is very important,” Turney said at the time. “It is the opportunity to bring [together] all these beautiful girls, great musical acts, and all the products and lingerie.”

When did the Victoria’s Secret Fashion Show begin?

“I think we had two cameras — one for long shots and one for close-ups,” Ed Razek, the brand’s disgraced former chief marketing officer, told Elle in 2016. “We weren’t happy with the first show, but we woke up the next morning and it was worldwide news. And a major network had called it the lingerie event of the century. When we saw that, it was like, there might be something here.”