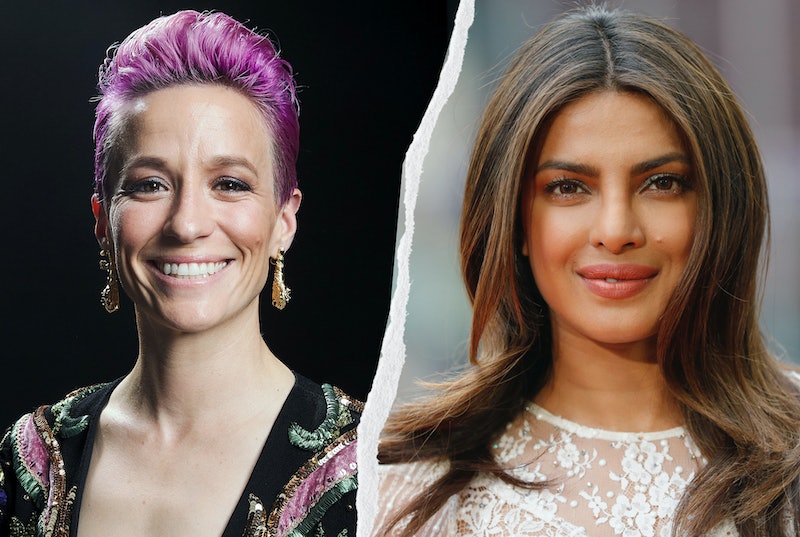 Victoria’s Secret is rebranding. The lingerie behemoth has long embraced a version of “hotness” that prioritizes the male gaze and excludes people who aren’t white, thin, or cisgender. With new brands like Savage X Fenty, Aerie, Lane Bryant, and ThirdLove gaining prominence in the market and even positioning themselves as the anti-Victoria’s Secret, it stands to reason that the retail giant would make some changes. But even some of Victoria’s Secret biggest critics are surprised by the company’s latest pivot.

In an interview with The New York Times, the brand announced they’d be saying goodbye to their Angels. The supermodel ambassadors — like Heidi Klum, Tyra Banks, and Gisele Bündchen — were a mainstay at the brand, donning skimpy lingerie, larger-than-life wings, and heels for the ad campaigns and annual fashion show.

In lieu of Angels, Victoria’s Secret is introducing seven women who are famous for their achievements and their looks. The VS Collective, as the group is dubbed, includes plus size model and activist Paloma Elsesser, soccer star Megan Rapinoe, and actress Priyanka Chopra Jonas. Alongside the new spokespeople, the brand will introduce nursing bras and collections in collaboration with Rapinoe and Chopra next spring.

Twitter has some strong opinions on the brand’s changes, with reactions falling on both sides of the fence. Scroll down for social media reactions to the latest developments at Victoria’s Secret.

The Female Gaze Should Have Been A Priority All Along:

This Pivot Is Just A Sales Strategy:

Thank Savage X Fenty For The New VS Rebrand:

Some Men Are Not Pleased:

Not Everyone Is A Fan Of The Rebrand:

Can We Try Diversity And Fantasy:

Too Little, Too Late: