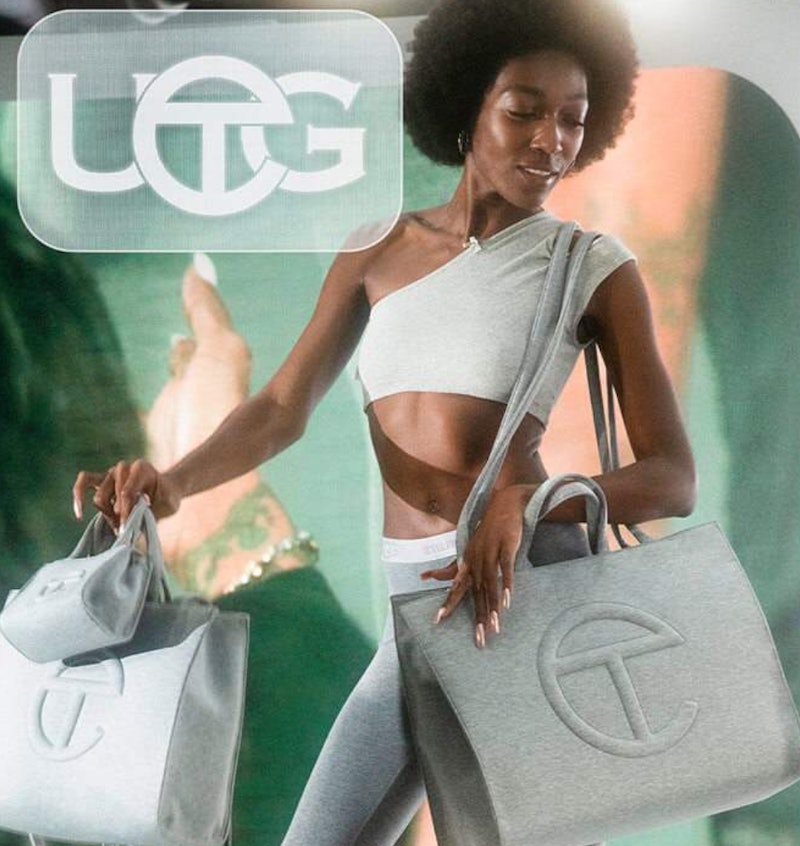 It’s fair to say that both Telfar and Ugg are household names in fashion. While Ugg has always been synonymous with must-have cosy boots and slippers, Telfar exploded in popularity last year thanks to its ability to create an “it bag” for under £150. The “Bushwick Birkin” was soon spotted on the arms of everybody from Solange to Selena Gomez to Zoe Kravitz, and its sell-out status has placed it at the very top of many fashion fans’ wish lists.

So the fact that the two brands have once again collaborated on an exclusive range of bags, shoes, and clothing will likely fill fashion fans with joy, as will the fact that the newest collection has not just one, but several UK stockists. This factor makes the new pieces considerably easier to snap up, unlike Telfar’s illusive buys which are stocked in the U.S. only.

The Telfar x Ugg lineup includes cosy boots and loafers in the footwear department, as well as snuggly leggings, tops, and joggers, as well as a robe that looks as though it’d be so comfy you’d never want to take it off.

But perhaps unsurprisingly, the pièce de résistance of the collection is the bags, which feature the recognisable Telfar logo in soft, fluffy Ugg textiles. The prices of these range from £130 to £320 for the largest pieces.

As mentioned, UK shoppers will not miss out on this one. The range is only available to shop on Ugg’s official UK website and Selfridges.

While the extensive line is freshly new to shoppers, you may remember that Telfar has previously worked with Ugg on a couple of bags back in 2020. Shoppers had access to two designs (the shopping bag in chestnut suede and creamy shearling) for 24 hours only.

Luckily the new pieces look set to be around for slightly longer, but given their sheer popularity, you may want to jump in there quickly.

Clemens continued, “I have made unofficial, unauthorised UGG boots in two shows already dating back to 2010. So, I’ve always been obsessed with a certain kind of ubiquity and when something really unique ends up on everybody. What I want to do is get down to the DNA of UGG and see what genes we have in common. To get down to the core of that feeling.”