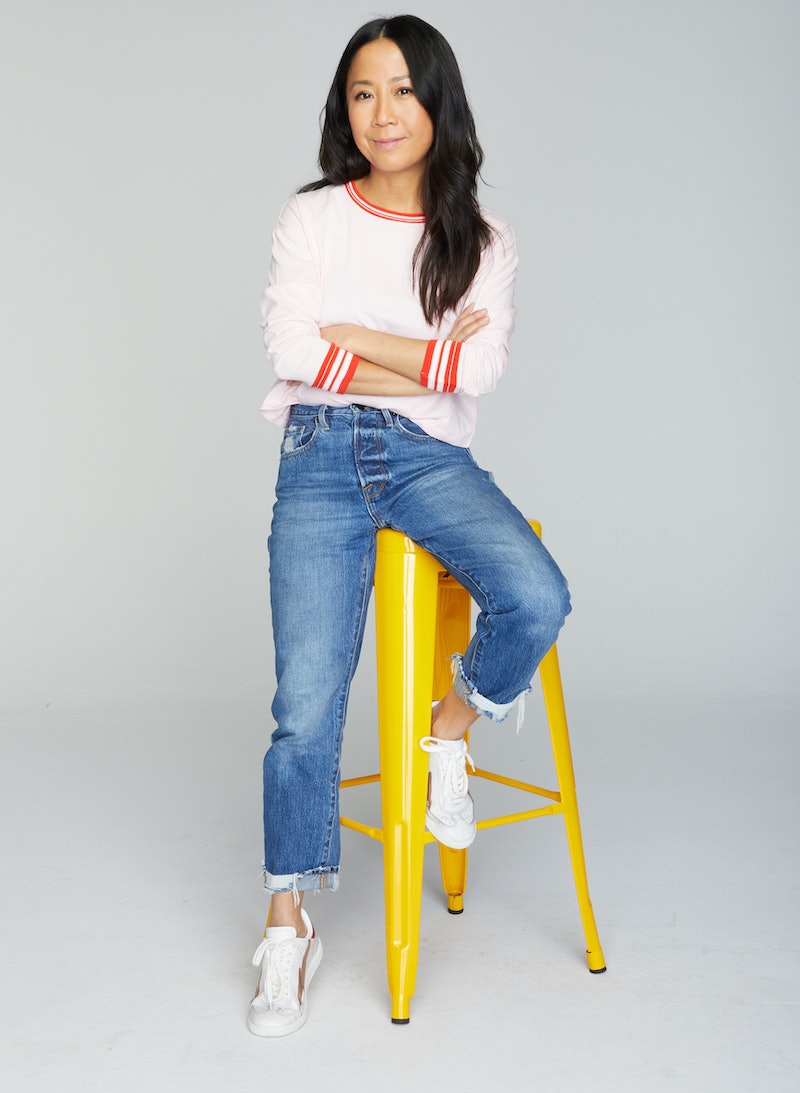 As a Vietnamese refugee who immigrated to the United States when she was three years old, fashion designer Phuong Ireland is all too familiar with operating from a scarcity mindset.

“We really had nothing when we came here,” Ireland, 43, tells Bustle. “We weren’t able to bring anything from Vietnam. There was a refugee organization that gave us clothes — that probably weren’t that comfy or stylish — and we lived in my dad’s cousin’s basement until we could get on our feet.”

Her parents worked in Chinese restaurants until they saved enough money to open their own. Though they were able to gain financial footing, socially, they still felt like outsiders. The family lived in Missouri where there weren’t many people who looked like them.

“That’s tough for a kid,” Ireland says. “You either felt like everyone was looking at you thinking how weird or different you were, or that you were kind of invisible. I remember on the first day of kindergarten, I didn’t speak English, and it was so confusing and embarrassing.”

Now, with a renewed sense of confidence as an adult, Ireland is determined to make others feel comfortable in their own skin. It’s the ethos behind her clothing brand Wknd Nation, a loungewear line she created with stylist Sofia Karvela in early March.

Ireland says her parents are proud to see her carrying on their entrepreneurial legacy, and they’re already blown away by her success. “They understand how different my journey is from theirs and they’re so happy for me.”

Debuting with a collection of elevated cotton tees and sleek leggings, Wknd Nation is all about finding the balance between comfortable and work-appropriate style.

“We spent a lot of time trying to understand what the customer needed in loungewear,” Ireland says. “We uncovered that customers loved the comfort of loungewear, but really wanted comfy clothes they can wear out of the house, in all aspects of their lives.”

Karvela, 37, was drawn to the concept because she “loves to be comfortable,” but had trouble finding easy-to-wear items that fit her taste level. “I come from a career in styling, so the actual design and fit of each piece had to be perfect,” says Karvela, whose credits include Sex and the City 2 and Younger.

The duo wants to inspire people to value comfort over trends that “don’t speak to you.” “[We want people to feel] proud of themselves for wearing something they love from a brand that promotes self-adoration,” says Karvela.

Speaking Out About Anti-Asian Hate

As an Asian American fashion designer, Ireland recognizes the unique position she’s in to raise awareness about the rise in anti-Asian rhetoric and criminality in the U.S. While she believes that there’s good representation for Asian designers and influencers in the fashion industry, more work remains.

“I’m disappointed in how few brands have spoken out against crimes against Asians,” Ireland says. “Only a handful of brands have actually even made statements about it, let alone have done anything substantive.”

The first step, Ireland says, is to talk about the everyday realities the AAPI community faces. “Based on the model minority myth, there’s a perspective that maybe Asians aren’t affected by racism. Or it doesn’t bother us, so no one asks us.”

She advises allies to ask AAPI friends how they’re doing and listen intently to their feelings and perspectives. Then, educate yourselves through organizations like Movement Hub and Stop AAPI Hate, and donate if possible. Finally, be sure to condemn the hateful myths and stereotypes at the root of this Anti-Asian violence.

“Asians are not responsible for Covid,” Ireland says. “If you don’t speak out against this, then you’re complicit.”