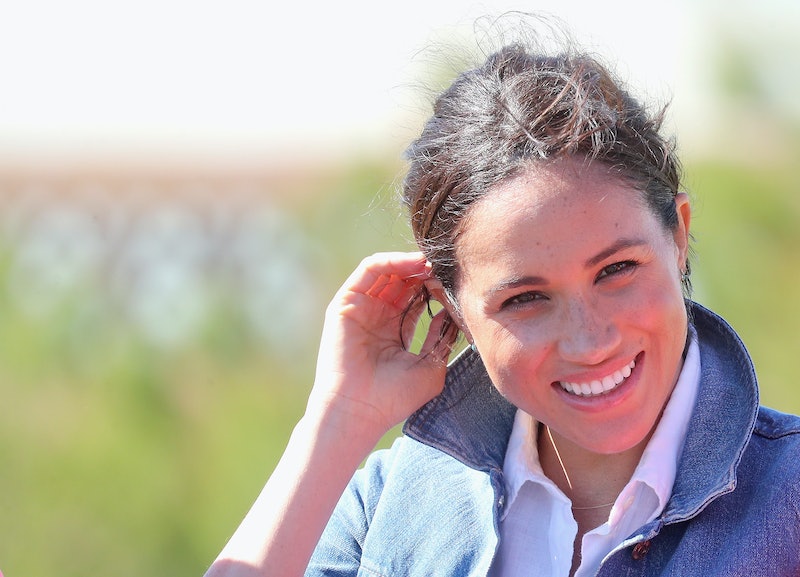 Since stepping back from the limelight, Meghan Markle’s style has veered from the highly polished looks that come with the territory of royal duties, towards a more relaxed style more in line with her Californian lifestyle. The latest in her off-duty arsenal? A double denim look in true Meghan Markle style.

Meghan and Harry visited the Assistance League of Los Angeles' Preschool Learning Center on Sept. 1, joining the children there in replanting their garden. The Sussex’s took along Forget-Me-Not seeds to plant in the garden in honour of Princess Diana’s memory, as they were her favourite flowers. The poignant appearance marked the anniversary of Princess Diana’s death in 1997. Forget-Me-Not flowers also memorably featured in Meghan’s royal wedding bouquet as a tribute to Harry's mother.

But the Duchess' tribute didn't stop there. Diving into the challenge, and unafraid of getting herself a little muddy in the process – much like her late mother-in-law would often do – Meghan picked an equally hard-working outfit for the visit: double denim. The California-native’s look was remarkably similar to one worn by Diana during a 1994 skiing holiday in Lech. It’s not the first time Meghan has taken a leaf out of the late Princess’ book – both have been considered royal rebels in the style department, and Markle has many times followed in her footsteps by putting her own spin on royal style.