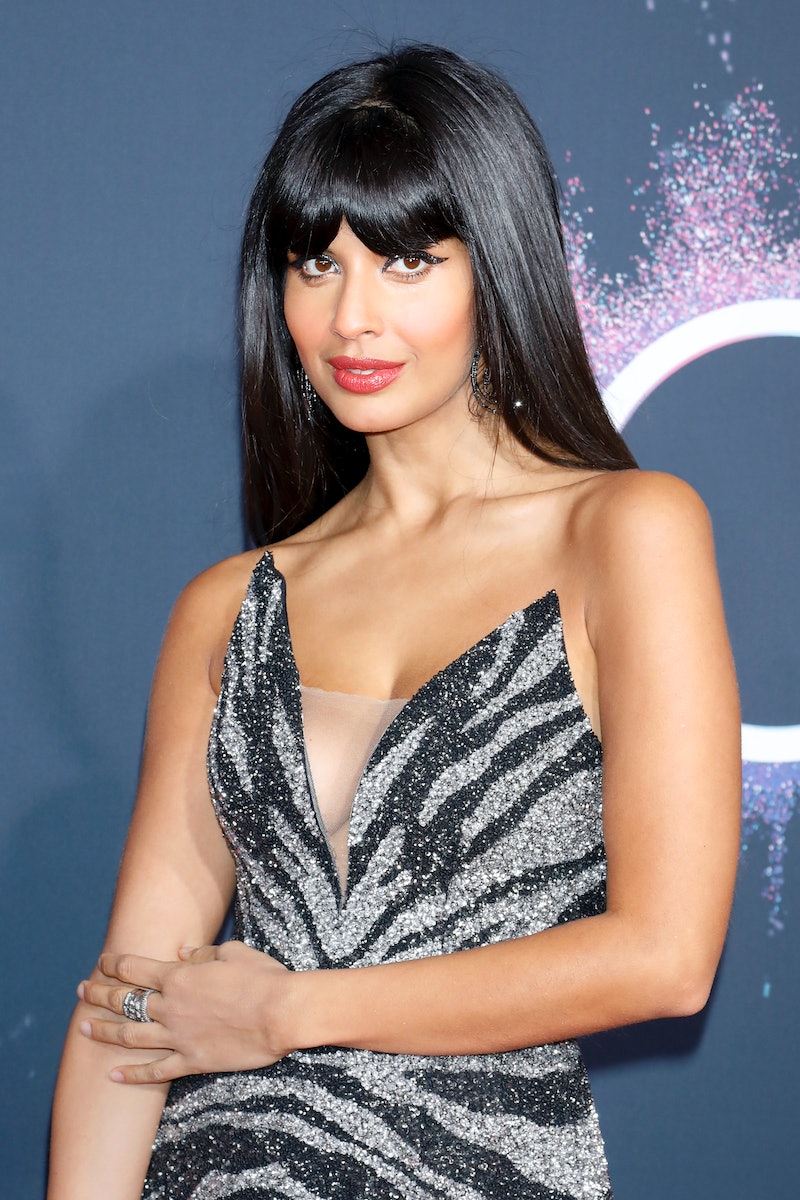 Copper hair is one of the hottest looks of the year, and Jameela Jamil’s new orange hair signals that the actor appears to be leaning into the fiery trend. Yesterday, the English actor, host, and activist posted a selfie on her Instagram in which she sports wavy, burnt orange strands — plus baby bangs, another celeb favorite — in lieu of her signature straight, brunette locks and eye-grazing bangs. Paired with a thick cat eye and rosy pink lips, it was an unexpected (and stunning) look for the star.

“Ok, boomer,” Jamil wrote in the caption. Though her sentiment was arguably cryptic, fans on Twitter and Instagram quickly drew comparisons between the star’s new look and that of Titania, the Marvel supervillain she’s slated to play in the Disney+ series She-Hulk, which is scheduled to premiere next year.

Jamil hasn’t yet confirmed or denied that her post was in fact a preview of her upcoming character’s appearance, although considering Titania’s famous flame-haired locks, it’s likely that fans are correct and Jamil is indeed gearing up for her forthcoming role. In that case, her copper hair is probably (and unfortunately) only a wig. Given the countless fire emojis in the comments, fans wouldn’t mind if she made the switch.

While Jamil is no stranger to dramatic makeup moments — remember the Pop art-inspired look she sported (and created on her own) for Legendary? — she’s kept her hair relatively natural for the most part: long and flow-y with messy bangs that fall just past the tops of her eyes.

Even if it is temporary, Jamil is in good company should she decide to make it permanent: Stars like SZA, Zendaya, Sophie Turner, Bella Hadid, Lucy Hale, and many more have all traded in their signature hair colors for orange-y, copper locks. Suffice to say, the trend is on fire.