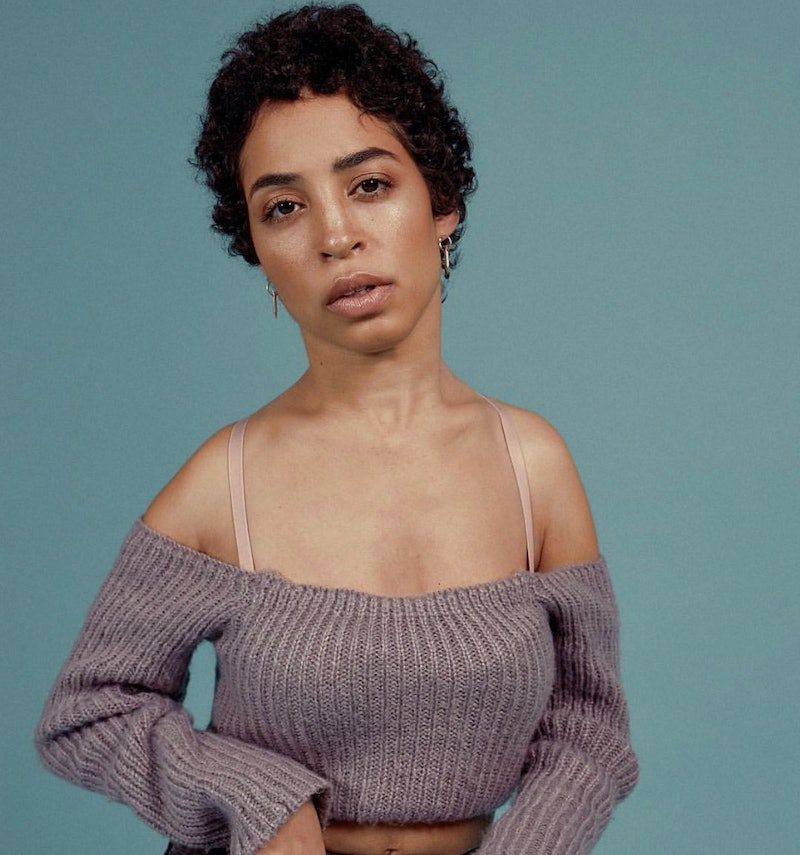 Before I sat down with Jillian Mercado — model, actor, and all-around advocate for greater representation — to speak about the Metaverse Culture Series, I had very little understanding of augmented reality and had never tried a VR headset. What even is the metaverse? I actually had no idea.

Fortunately for me, the Meta team was able break it down in layman’s terms. “The ‘metaverse’ is a set of virtual spaces where you can create and explore with other people who aren’t in the same physical space as you. You’ll be able to hang out with friends, work, play, learn, shop, create and more.” They explained that it will require a collective to build, rather than something that one company alone can develop. If you were to compare it to the internet’s development, the metaverse is only in the “dial-up stage.”

Mercado was tapped to participate in Tercera Cultura (or third culture), the fifth part of the Metaverse Culture Series, which explores Latinx culture, identity and equity in the metaverse. The goal? To make it an inclusive space from the very beginning and create more accessible entry points into advanced technology for communities that have been historically excluded.

Tercera Cultura also inspired the creation of “Nuevo Norte” — a virtual space within the metaverse created by the artist COVL that pays homage to her Puerto Rican roots. Its vibrant colors offer you a warm welcome upon arriving, and it comes complete with a discoteca and space where people can chat and share ideas.

After getting set-up with a Meta Quest 2 and receiving a quick tutorial, I have to say...the metaverse blew me away and already felt so futuristic that I couldn’t believe the technology is only in its early stages.

And though Mercado and I were on opposite coasts (her in LA and me in NYC), our avatars were able to sit together, side-by-side, in a conference room to discuss Tercera Cultura, futuristic beauty, and more.

What was your very first impression when you put on your headset? It’s kind of shocking!

I can’t even explain it. I recently just went to Japan and it was very stimulating in a way that I didn’t anticipate. The expression is...whoa. It’s so hard to explain unless you’re in it. But all of my friends who come over and try it say, ‘This is amazing.’ You imagine different worlds — I grew up with The Sims and all of these immersive games — but to be in it? It’s trippy in the best way ever.

I’m so thankful to be a part of something so futuristic. Not that I never thought I would. But since the representation for me, in particular, wasn’t there, it’s hard to imagine something. All of that came into my mind; a million things at once, but I’m so thankful to experience this.

Speaking of representation, I found that even the process of creating my avatar was so different from when we were younger. There were tons of options; I could even have braids.

I was just about to say that I love your braids! It’s making me miss having braids. Even just picking your avatar’s skin color used to be a choice between three different shades. It would have been nice to have different shades, hairstyles, and eye colors. They go really in depth with everything: the shape of your nose, mouth, ears, if you have freckles or not. I probably was on there for an hour straight. And the fashion — are you kidding? I was here for the fashion.

Since the metaverse is in its early stages, is there something that doesn’t exist yet that you would like to see?

Because I get to have a first look, I can hope and know that there’s so much leeway for change and add-ons, especially because it’s all technology.

It’s all codes, so it’s easy to input. We just have to have that voice and that person who can say if something might not work for their community. To my own community — that being the disability community — which I advocate a lot for...right now, [our avatars] are half a body.

Hopefully in the future there could be wheelchairs or maybe someone who doesn’t have an arm can add that to their avatar. I’m so hopeful for the improvements going forward and that they’re taking their time to make sure they’re doing it right. Not just throwing out a checklists. We can see through checklists nowadays — and those are not fun. Since working with the team, they’ve been very open to opinion about how we can make it a more inclusive place than it already is.

When a young person from the Latinx community enters the metaverse, what are you hoping they walk away with?

Opportunity. When we went to [Nuevo Norte], it was so beautiful. It’s full of color which is very much our culture and little phrases like cafecito over there. The frog you see is called coqui — it’s very Puerto Rican. It’s just seeing your culture being represented and thought out. This is just another way of allowing us to be authentically ourselves.

What does third culture or Tercera Cultura mean to you personally?

To be super honest, I didn’t have a word for it. I always had tercera cultura with me because my parents are from the Dominican Republic. They brought their traditions and culture. I was born in New York and that’s a whole separate culture. To blend those two and have my own culture is more verification that we can all coexist with how comfortable we are sharing our cultures, and sharing it with the world and saying it’s okay to blend your traditional outlook with the way you’ve seen the world since you were born.

To blend those two and have my own culture is more verification that we can all coexist by sharing our culture with the world. We’re saying it’s okay to have your traditional outlook, the way you’ve seen the world since you were born.

More like this
Pamela Anderson Is Still A Hopeless Romantic
By Ilana Kaplan
Savannah Guthrie Got Her First-Ever Tattoo With This Former Wild Child
By Suzanne Zuckerman
Jessica Simpson On The Time She Was Pursued By A Backstreet Boy & An *NSYNC Member
By The Editors
At 28, Rosie Perez Risked Her Career To Stop Playing Stereotypes
By Gabrielle Bondi
Get Even More From Bustle — Sign Up For The Newsletter
From hair trends to relationship advice, our daily newsletter has everything you need to sound like a person who’s on TikTok, even if you aren’t.