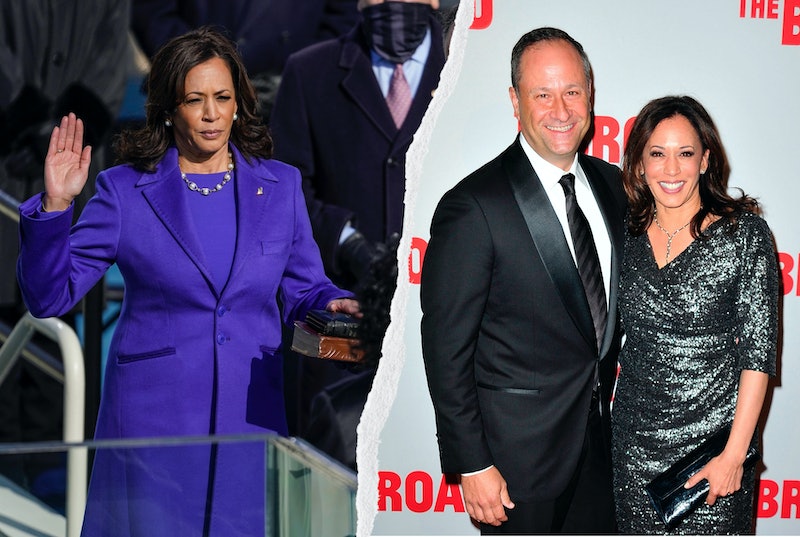 Pearls, suiting, Converse sneakers: Kamala Harris' wardrobe is full of staples with purpose. But what will her style look like when she is in office? As the first woman Vice President, Harris is in a unique position to influence fashion. And Kamala Harris' Vice Presidential style will be a breath of fresh air as she incorporates new designers and silhouettes, while staying true to her fashion point-of-view.

Kamala Harris is rarely seen without a suit. Influenced by her professional experience as a Senator in a male-dominated workplace, Harris took her signature suiting look on the campaign trail and beyond. But in the political arena, suits take on different significance. They call to mind Hillary Clinton's famous pantsuits and what they came to symbolize during her historic Presidential run.

When not wearing suiting, Harris embraces more casual looks. With skinny jeans now a common go-to, the VP typically pairs her favorite denim with a blazer and a relaxed top. And when it comes to her footwear, she may forgo heels for more comfortable options while traveling from city to city. Her choice of Converse sneakers or Timberland boots on the campaign trail has become a beloved talking point among her supporters.

Finally, Harris is rarely seen without her pearls. As a student at Howard University, Harris became a member of the Black Greek-letter sorority, Alpha Kappa Alpha, and pearls are one of their treasured symbols. As such, Harris' necklaces pay homage to that sisterhood while serving as a regal and refined complement to her wardrobe.

From her undergraduate graduation day at Howard University to Inauguration Day 2021, here are Senator Kamala Harris’ best looks. And they may give some insight into what her Vice Presidential sartorial tenure will look like.