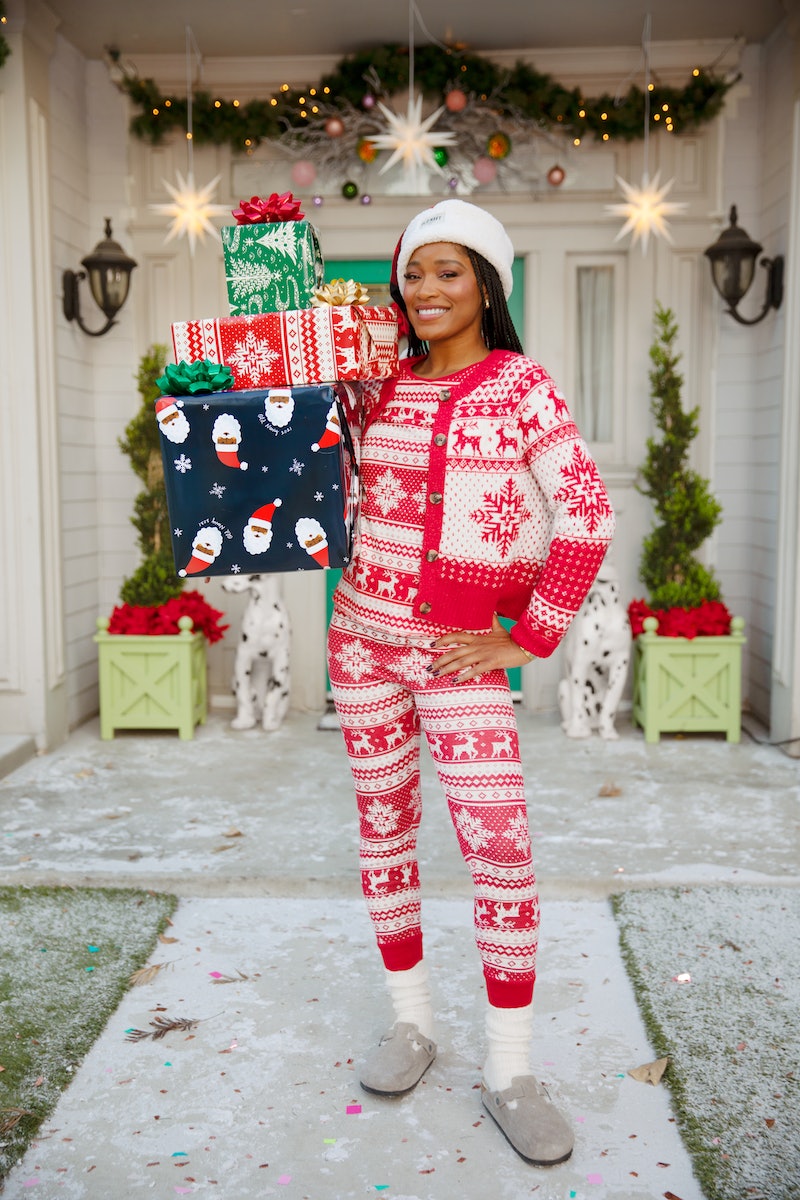 If the internet were a country, memes would be its national language. And Keke Palmer is honored to become a cornerstone of that language, inspiring 2019’s infamous “Sorry to this man,” arguably one of the most recognizable memes in existence.

“It’s really touching because I love memes myself,” Palmer tells Bustle. “Memes are like what were on the back of newspapers in the comic strips, where it would be just a little word, blurb, or something that makes you feel so seen because it was a relatable piece of art.”

Outside of being a certified meme queen, the 28-year-old actress, singer, and TV personality keeps busy with plenty of gigs. In September, for example, she was a co-host of the Vogue livestream at the Met Gala, where she wore the closing look from Sergio Hudson’s Spring 2022 runway show.

Since American independence was the theme for the Met, Palmer drew sartorial inspiration from people like Whitney Houston, Diana Ross, and other women who “represent American iconography in a very bossy way.”

“The dress I ended up wearing by Sergio Hudson was, to me, very much Whitney,” she says of her sequin turtleneck open-back gown that resembles something Houston may have worn onstage during her heyday. “I went even more Diana Ross with it with the hair.”

When she’s not getting dolled up for a high-fashion red carpet moment, Palmer is usually relaxing in cozy separates, especially during the holidays. Her love for the season is why she was excited to star in Old Navy’s two holiday commercial spots. “It just felt very nostalgic,” she says of the video clips. “I grew up on Old Navy and seeing the Old Navy commercials, especially holiday ones.”

“I’m always into a good ‘ugly’ Christmas sweater,” she says. “It’s definitely colorful and comfortable, but still made from good, warm materials. I’m probably going to be on the East Coast or in the Midwest, and you know it’s gonna be cold.”

With freezing temps on the horizon, Palmer walks Bustle through her ideal winter wonderland wardrobe, sharing some of the holiday season’s biggest trends and what she loves about them.