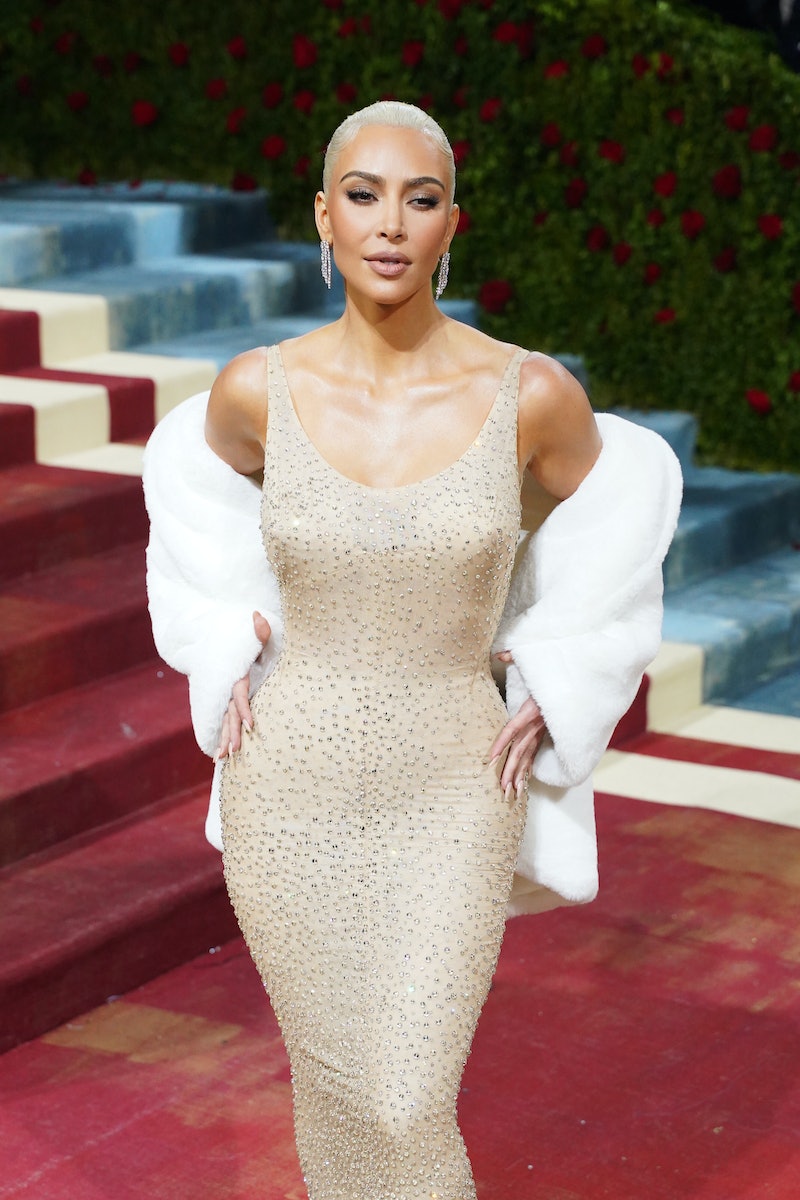 If you had followed the celebrity outfits at the Met Gala 2022, you’ll probably remember one of the most talked-about moments of the night: Kim Kardashian sporting Marilyn Monroe’s iconic dress. The archive apparel is particularly special as 1950s movie star Monroe originally wore it when singing ‘‘Happy Birthday’’ to the then President of the United States, John F. Kennedy, in 1962. However, despite Kim K only wearing the iconic dress on the red carpet, before switching to a replica for the rest of the evening, a collector has claimed that the dress is now damaged.

Amidst a frenzy of online debate that has ranged from outrage about the supposed ruining of a piece of fashion history, dismay at Marilyn Monroe’s continued exploitation, and arguments that the same level of concern should be shown to other such artefacts, Ripley’s has just announced that it is “confident” Kardashian has not actually damaged the dress at all.

According to a statement released by Ripley’s on Jun.16, they have clarified that the Kardashian “did not, in any way, damage the garment in the short amount of time it was worn at the Met Gala.”

Kardashian had worn the Monroe dress for the walk up the Metropolitan Museum’s stairs, then returned it at the top to Amanda Joiner, Ripley’s vice president of publishing and licensing. Joiner was at the event to oversee the dress’s transport and care, and had reportedly noted that the garment was returned “in the same condition it started in.”

This statement came after Scott Fortner, who helps authenticate memorabilia related to Marilyn Monroe, shared images of the dress and pointed out missing crystals and distressed fabric following its night at the Met. Talking to the PA Agency, Fortner said that Ripley’s Believe It or Not!, the owners of the piece, were “irresponsible” to loan what has been described as “the most famous dress in the world,” per The Independent.

The gorgeous nude gown was bought by the museum in 2016 for $4.8 million, and is usually kept in a dark temperature-controlled vault to help preserve it. On Instagram — under the account @marilynmonroecollection — Fortner said, ‘‘I think the disappointment that I’m experiencing is Ripley has made multiple statements that they were doing everything that they could to protect and preserve the gown”. He continued, “I do feel that it (was) irresponsible, this is not just a dress. This is a cultural icon. It’s a political icon. It’s a Hollywood icon.’’

However, he has also made it clear that his anger is not geared toward Kardashian.

“I think a lot of people are really kind of coming down really hard on Kim Kardashian and that’s not my attempt here,” said Fortner. He claimed that Ripley lending the dress to Kardashian was for “publicity” reasons, rather than a duty of care.

However, following the Met Gala, Ripley’s said: “We always ensured that at any time we felt that the dress was in danger of ripping or we felt uncomfortable about anything, we always had the ability to be able to say we were not going to continue with this.”

This article was originally published on June 14, 2022