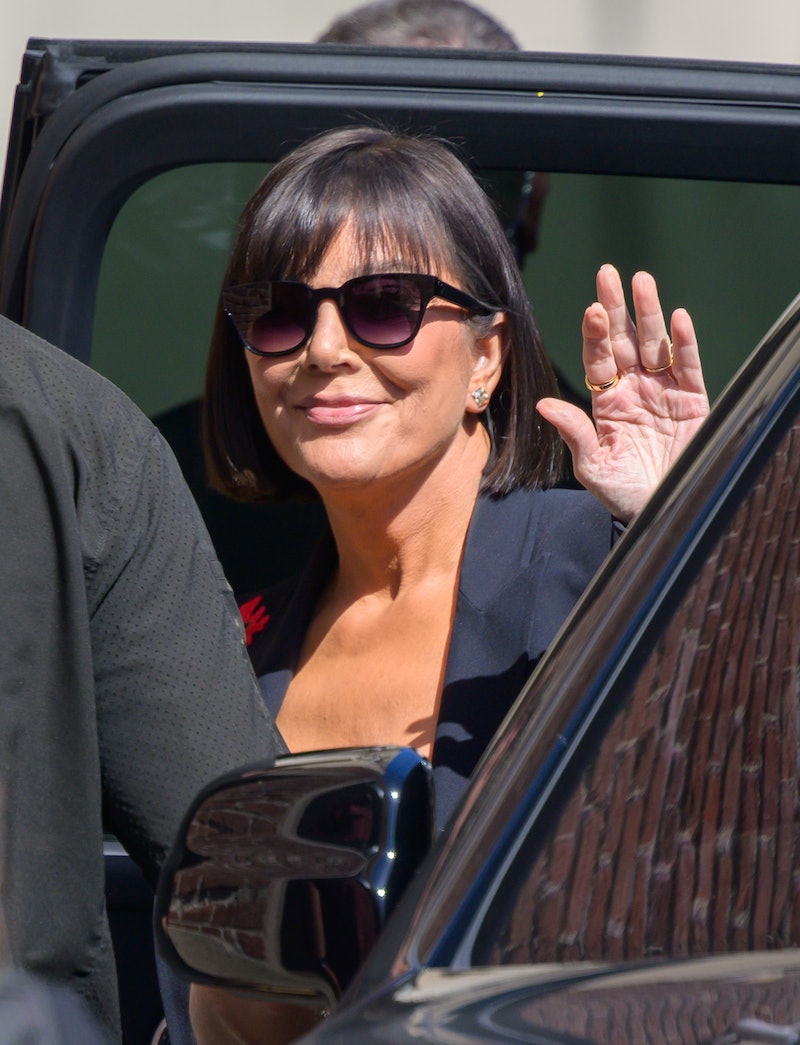 A choppy, jet black pixie cut has been the business mogul’s signature look since forever. Well, at least as long as Kris Jenner has been on our screens. The Kardashian sisters have typically favoured longer hair. After taking to Instagram stories to reveal a longer, blunt cut bob, fans pointed out that Jenner now resembled her eldest daughter, Kourtney Kardashian, per Cosmopolitan.

A similar length dark bob, with a middle parting, has been one of Kourtney’s most sported looks over the years. While Jenner might have taken inspiration from Kourtney, she herself had almost the exact same hairstyle over 40 years ago.

In the clip on her Instagram story, she’s seen smiling while applying a nude lip colour, from the ‘Kendall By Kylie Cosmetics’ range. Jenner poses for the camera from multiple angles, before blowing a kiss to close, per The Mirror. She got this look spot on, and she knows it. In the next clip, she hypes up the new collection — by her youngest two daughters — to her 46 million followers.

Speaking of her youngest two, model Kendall has been known to rock a dark bob too. Though, she’s been sporting longer locks recently. And even longer hair for the ‘Kendall by Kylie’ promo shoots.

It’s not the first time Kris Jenner has taken a short break for her signature style either. Maybe most notably, she sported a fringeless, short platinum wig at the Met Gala in 2019. Reportedly, she only decided on the striking look two hours before the event, per Allure, after being convinced by her youngest, Kylie Jenner. Similar to this time, she might have been inspired by Kylie’s own blonde looks previously.

More like this
Kate Middleton Wore The Ultimate '90s Power Suit
By Sam Ramsden
Every Single Thing In Maya Jama’s 'Love Island' Wardrobe
By Darshita Goyal
Beyoncé Wore A Golden Sheer Gown At Her VIP Dubai Concert
By Sam Ramsden
Paul Rudd’s Secret To Eternal Youth Is Something You Can Try At Home
By Darshita Goyal
Get The Very Best Of Bustle/UK
Sign up for Bustle UK's twice-weekly newsletter, featuring the latest must-watch TV, moving personal stories, and expert advice on the hottest viral buys.