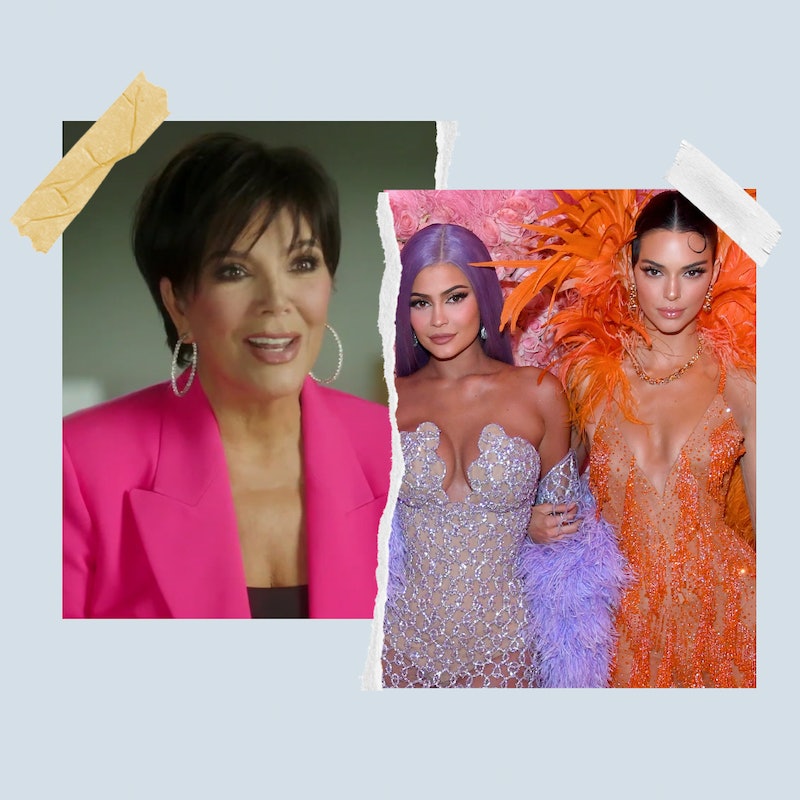 Kris Jenner doesn’t feel like she’s the “mastermind” of the Kardashian empire, as she told Robin Roberts during the Kardashians’ ABC News interview special on April 6, but she is an expert on how to manage all of her mega-famous kids individually. In the revealing interview, the momager explained how her two youngest daughters, Kendall and Kylie Jenner, navigate fame very differently from their older siblings, Kourtney, Kim, Khloé, and Rob Kardashian.

“At the beginning, it was really fun because Kendall and Kylie weren’t even teenagers yet,” Kris told Roberts, referencing starting Keeping Up with the Kardashians with the entire family in 2007. However, their older sister Kim emphasized that “we had a whole life without the cameras,” which Kylie and Kendall never did. But when it comes to business, the youngest sisters “know what they’re doing,” and don’t need their momager’s help to come up with product ideas. “I can put great business deals together, but if I went into the room to design with Kylie, she’d be like, ‘Mom, it’s your lunch break’,” Kris explained.

When the family first started KUWTK 15 years ago, Kendall was an 11-year-old and Kylie was a 9-year-old, while their siblings were all well into their 20s. In addition, their father Caitlyn Jenner’s career as an Olympic gymnast meant that the youngest members of the clan have barely known life without fame and scrutiny, as they told Harper’s Bazaar in 2020.

“Even before the show, my dad always had an audience, so I was always around that energy,” Kylie said. “I think it’s a blessing, the way it happened so early, because I don’t really know what it would be like to not be famous or in the limelight.” As Kendall added, filming the show became the girls’ “normal” while growing up. “My dad was the one everyone knew when we were little,” she said. “We would just get excited because people would invite him to bring us to Disney premieres. I mean, that was the highlight! But the show wasn’t a big deal to us when we were really young. It was just our normal.”

That said, Kylie has already thought about the day when she’ll disappear from public view entirely. “I know I don’t want to be famous forever,” she told Allure in 2016. “There’s gonna be a time where I feel comfortable, I'm at a good place in my life, and I just stop.”