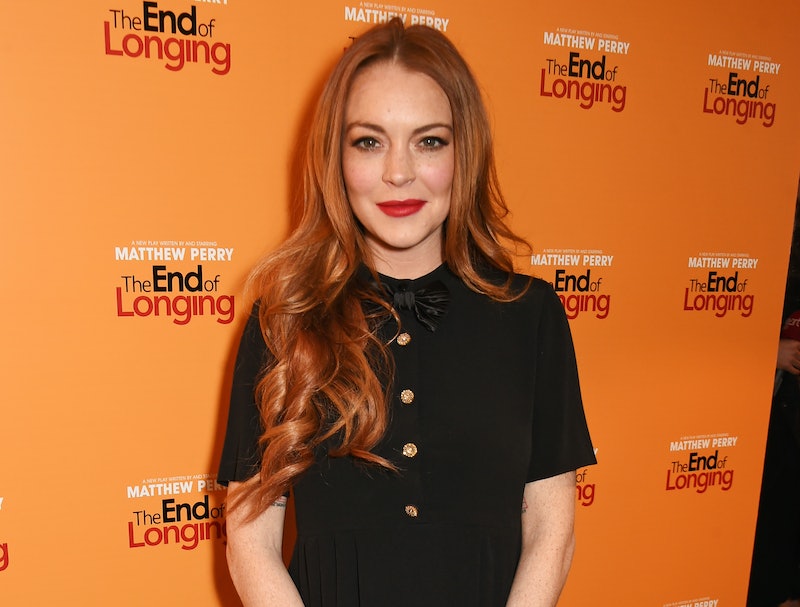 Lindsay Lohan took to Instagram on Sunday to announce her engagement to her boyfriend Bader Shammas. While her new ring isn’t fully visible in the series of photos she posted, it looks to be a square stone — perhaps Princess or Cushion Cut — on a pavé diamond band. With it, she takes after many recent brides who have opted for 2000s-inspired ring designs, both by way of a solitaire stone as well as the pavé band. Both details make her stunning engagement ring feel even more unique.

Lohan tagged Harry Winston in the photo, suggesting that the jeweler is responsible for the diamond on her finger. In the caption, she wrote, “My love. My life. My family. My future.”

The couple has been together for a reported three years and is now ready to tie the knot and make it official. Shammas, who works for Credit Suisse, is currently based in Dubai, where Lohan is known to have spent a great deal of time, but it’s unclear where the duo will reside. No matter where they end up, she’ll have a breathtaking piece of jewelry to stare at whenever her heart desires.

If you’re in the market for a ring of your own, check out the below dupes that also take advantage of the early-aughts engagement ring trend everyone loves.