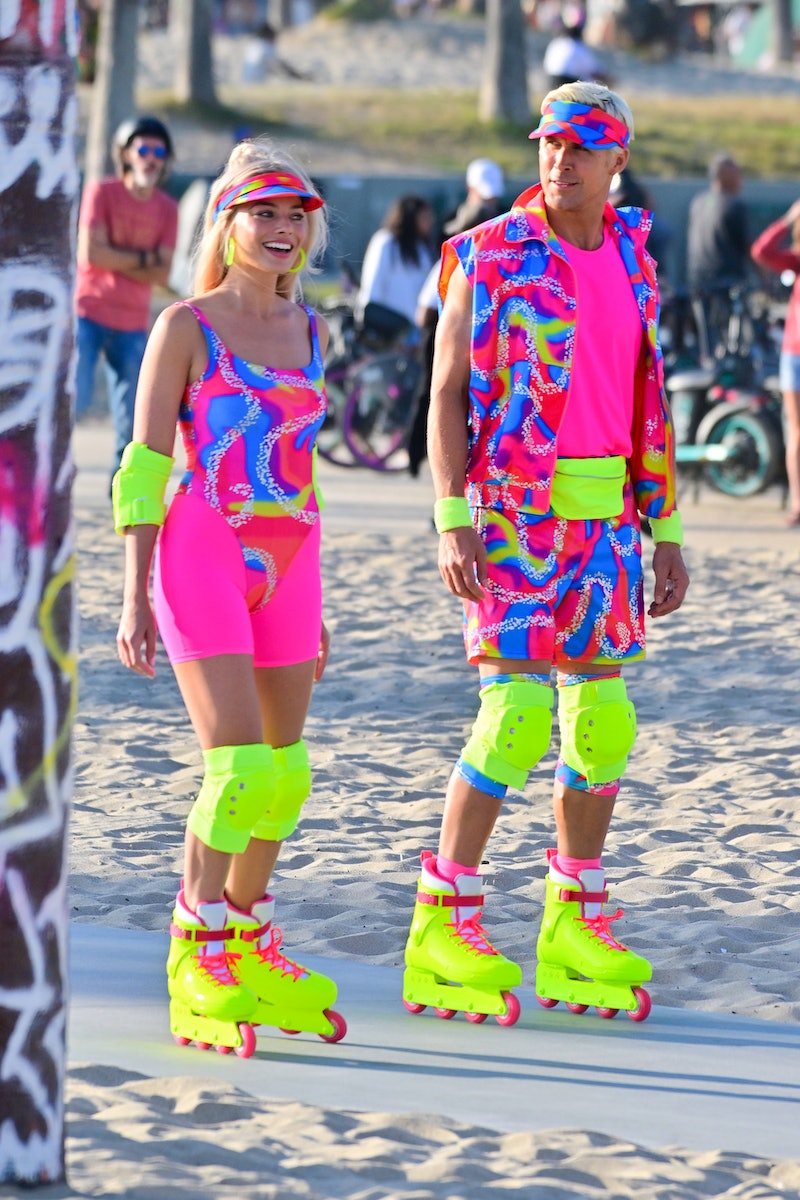 With filming currently underway for Greta Gerwig’s Barbie, the roller skating get-up that features in the upcoming film has understandably caused a few ripples. Gaudier than an ‘80s work-out video, Barbie and Ken’s matching outfits — complete with Memphis-style retro patterns, and highlighter yellow bum-bags — seem to be influenced by a handful of mid-‘90s Barbie dolls, and hint at a film with the camp-o-meter cranked right up. Margot Robbie stars as the iconic doll herself, while Ryan Gosling portrays Ken, and has bleached his hair in order to take on the chiselled boyfriend role.

And if you were especially jealous of the platinum pair gliding down the promenades of Venice Beach, California, on their vintage-style rollerblades, then you’re in luck. It turns out there’s no need to risk life and limb on your trendy auntie’s rusty relics from her ‘roller-derby days’ to capture a slice of Robbie’s version of Barbie. Though Robbie and Gosling’s fluorescent skates are custom-made, courtesy of the Melbourne-based skate shop Impala, fans wishing to emulate the plastic couple’s retina-searing cool can get their hands on a bunch of other near-identical rollerblades by the Aussie brand. There’s even a cute pastel pink colour-way on sale right now!

Fancy getting in on the fun? Get your skates on…