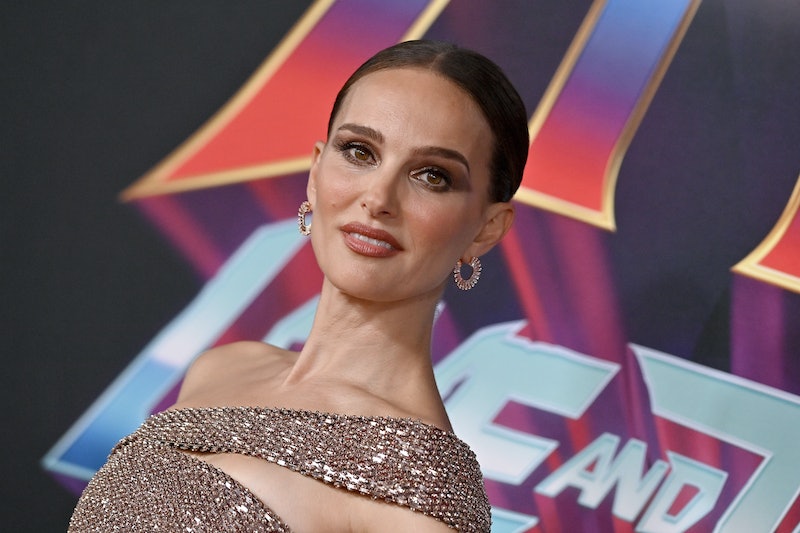 Clueless fans will be feeling a serious case of the old nostalgia at Natalie Portman’s outfit channelling the iconic character of Cher Horowitz in a press appearance for the new Thor: Love and Thunder film. Portman sported a yellow checkered blazer and a matching skirt, a look that has become synonymous Clueless, as she posed alongside co-star Tessa Thompson.

Although the outfit was undoubtedly inspired by Cher Horowitz, who was originally played by Alicia Silverstone, there was a slight difference with the clothes Portman wore underneath the classic blazer. In the 1995 film, the checkered suit was paired with a white shirt and yellow vest. However, giving the outfit more of a casual modern take at the press junket, Portman wore a black bandeau crop top.

The 41-year-old is reprising her role as Jane Foster in Thor: Love and Thunder, set to be released on Friday, July 8. At the press appearance, Portman posed with co-star Tessa Thompson and shared the photo on Instagram with the caption, “Having a Clueless @thorofficial moment during yesterday’s junket.” Portman dished details by sharing that the blazer suit was designed by Dior, hardly surprising, given that she’s an ambassador of the brand.