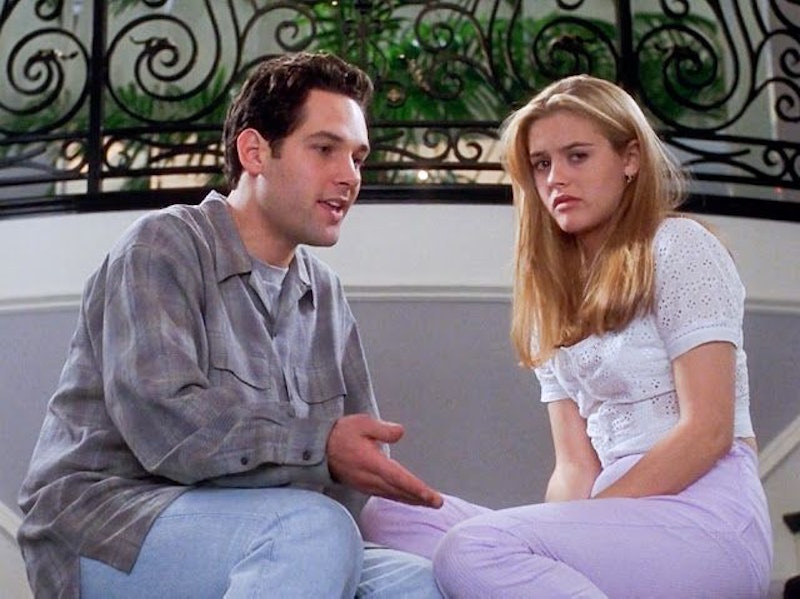 Twenty-seven years may have passed since the release of coming-of-age flick Clueless, but it turns out that Alicia Silverstone and Paul Rudd have remained best mates. To celebrate her former co-star’s 53rd birthday (of course he’s an Aries) Silverstone posted a wholesome video message which’ll send you rushing to revisit the romance between their characters Cher Horowitz and Josh Lucas.

The Instagram birthday post includes a nostalgic throwback to the actors’ iconic starring roles, and revisits the famous kiss scene between Cher and Josh. Soundtracked by One Direction’s “Night Changes” her cute tribute to their enduring friendship is also spliced with footage of the pair reuniting twenty-four years later at the 2019 edition of the Chicago Comic & Entertainment Expo for a Clueless panel. “Friends since forever,” Silverstone wrote. “Happy birthday, Paul!”

The pair have stayed friends since their breakthrough film, with Silverstone making an annual tradition out of wishing Rudd a happy birthday. Elsewhere, she’s revealed that her only remaining memento from the Clueless set is a photograph that Rudd took. “Paul took a photo of Sampson, my rescue dog who was on set with me a lot. I still have that, which is beautiful. But I think that’s it. I don't think I have anything else, just a Paul Rudd original,” she told Vogue.

At their 2019 reunion panel which brought together the film’s cast for the first time in years, Rudd reflected on the cultural impact of Clueless — which is based on Jane Austen’s novel Emma. The actor admitted: “It does feel cool to be in something that is an important movie for a lot of people… [who] grew up watching it. We meet people who say ‘I grew up loving your film and now I watch it with my kids.’ Which makes all of us — especially me — feel really old.”

And yet, despite the passage of time, Paul Rudd’s face has barely aged by a second. "I'm 80 years old on the inside,” he joked. “It's a mess underneath all this."