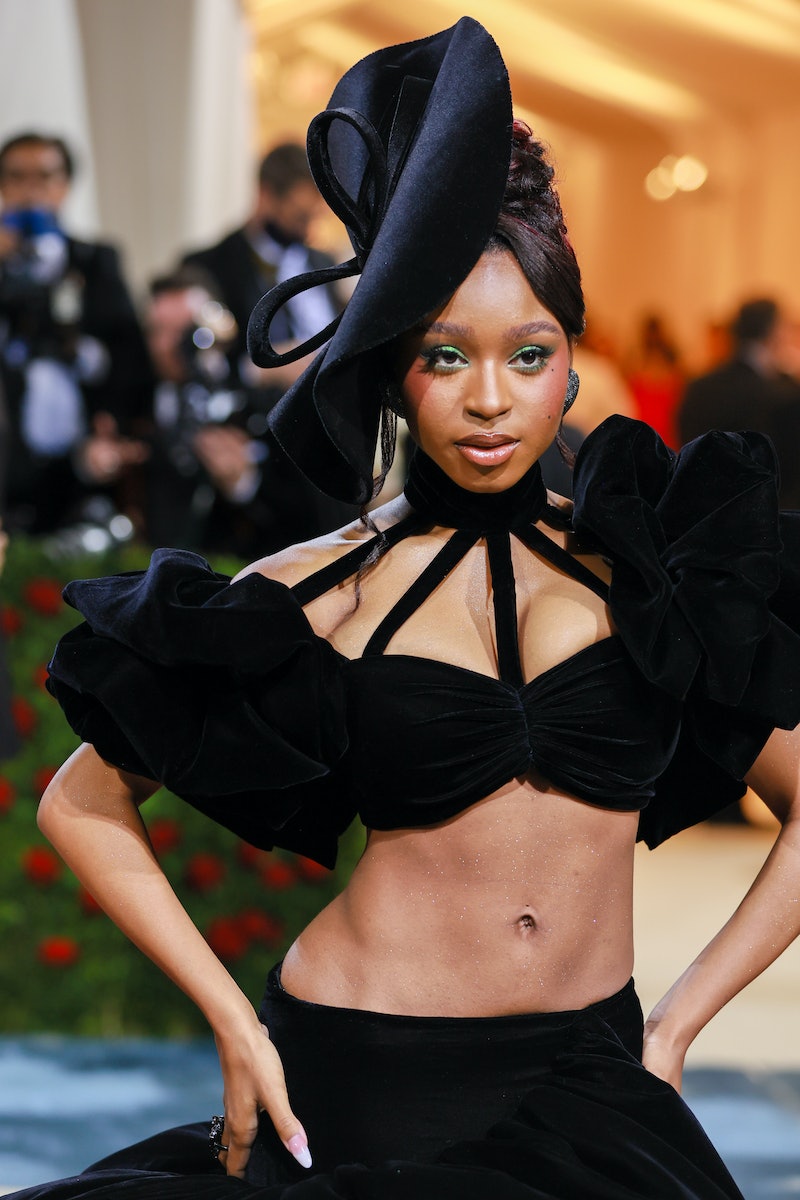 The 2022 Met Gala is in full swing, and despite a so-far less-than-stellar showing when it comes to staying on the “In America: A Lexicon of Fashion” theme, some celebrities knocked it out of the park — Normani among them.

The “Motivation” singer attended Monday’s star-studded affair wearing an on on-trend black, velvet number with a twist. This was no typical LBD. Her two-piece ensemble, designed by Christian Siriano, came with a push-up bra top, complete with a strappy high-neck design, finished off with huge, puff sleeves.

The top paired perfectly with an equally-voluminous, low-rise, bubble skirt that went all the way down to the floor. Normani then rounded out the theatrical ensemble with a massive headpiece and shimmering, green eye makeup.

Normani received plenty of praise on Twitter for her red carpet attire — and rightfully so. The look felt wonderfully vintage-inspired, but brought appropriately into the modern age with the torso-flaunting cut.

While some stars stepped out in corsets, Siriano, who custom designed the look for her, offered a different take on what he called “1875 modernized gilded glamour.” One of his three Instagram posts declared there was “no corset needed for QUEEN #Normani in custom Siriano silk velvet.” He was praised in the comments for, according to at least one follower, being “literally the only designer to have their client dressed appropriately on theme!”