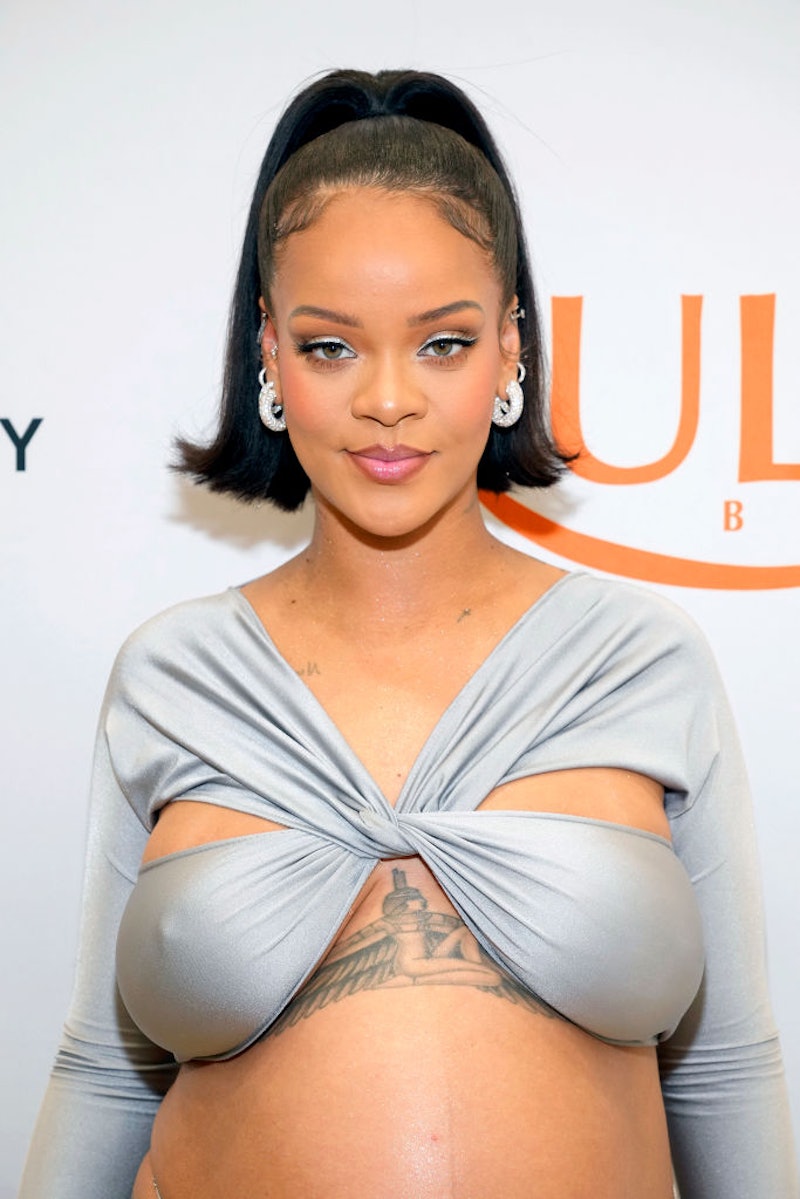 If you haven’t seen A$AP Rocky’s newest music video yet, you may want to do that, well, asap.

Just as everyone was mourning Rihanna’s decision to not attend this year’s “gilded glamour” themed Met Gala, A$AP released his “D.M.B.” music video (which stands for “Dat’s My B*tch”), which heavily features our girl. And while most viewers were entranced by the unique on-screen proposal taking place (it involved zero words, only grills), the beauty editors at Bustle were tapped into Rihanna’s epic hairstyles throughout the 4-minute and 52-second-long track.

The video served all things fresh and simultaneously nostalgic. Locations and outfits and looks switch at lightning speed from one millisecond to the next, likely to represent the time that’s passed throughout the couple’s relationship (which dates back to their first collaboration in 2012). As the video goes on, it’s Riri in particular who changed up her look in practically every scene — and the OG Rihanna stans may have recognized a few of her most iconic hairstyles of the past.

Below, I’ve rounded up the most notable hairstyles Rihanna wore throughout the “D.M.B.” music video — hairstyles that are reminiscent of the early 2000s-era ‘dos she wore at the beginning of her career.

Rihanna is no stranger to the bob haircut. The short style has been one of her go-to hair looks throughout her career, but the flipped-out style — especially with her asymmetrical bottleneck-esque bangs — looks very Riri circa 2007.

Riri has long been into asymmetrical ‘dos — she even rocked the edgy hairstyle in the beginning stages of her career (she is Rihanna, after all). In the “D.M.B” music video, she brings the choppy mismatched bangs back from her past, and, honestly, they’ve never looked cooler.

Way back when (around the time the multi-hyphenate released her top-charting song, “Diamonds”), Rihanna transformed her look by chopping her lengths into a spiky tousled pixie. Ahh, the throwback feels.

At one point in the music video, Rihanna is seen wearing the epitome of IDGAF cool-girl hair: the messy updo. It’s as spiky and piece-y as you may remember it from the early 2000s, and it’s a look that Riri is proving to be timelessly chic.