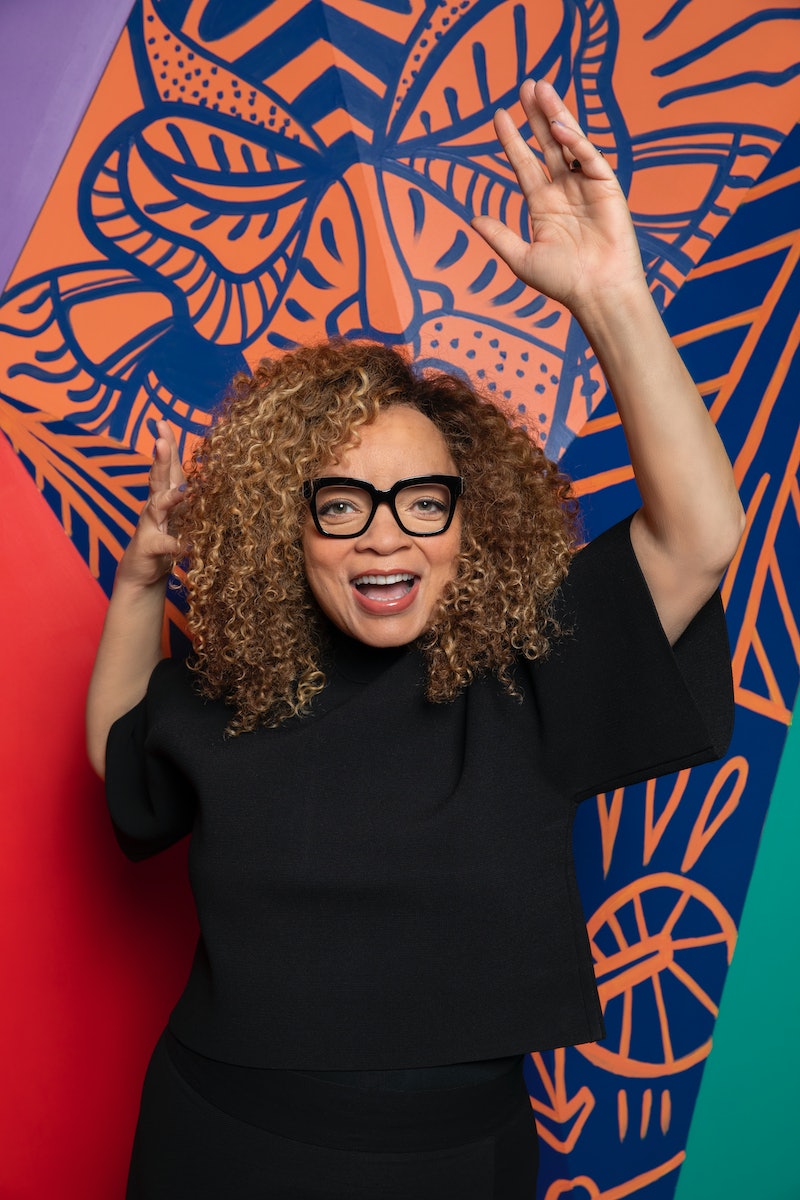 If you love film, you probably know Ruth E. Carter’s work — even if you don’t realize it. The Academy Award-winning costume designer has created iconic costumes for more than 40 films including Black Panther, Selma, Malcom X, Do the Right Thing, B*A*P*S, and How Stella Got Her Groove Back, just to name a few.

Now, costume enthusiasts can check out her legendary catalog for themselves by visiting her first-ever fashion museum exhibition, “Afrofuturism in Costume Design,” which is open at the SCAD FASH Museum of Fashion + Film in Atlanta through September 12, 2021.

A visit to the university compelled Carter to build out the exhibition she’d already been thinking about for some time. “I was so impressed with them — their Savannah campus and SCAD FASH in Atlanta,” Carter tells Bustle. “I wanted to make a home here. I love looking at the art displayed everywhere.”

The expansive exhibition presents more than 60 costumes from her filmography. Some of those are from Black Panther, including the full-body, black-coated suit of armor that transformed Chadwick Boseman into the King of Wakanda and garnered Marvel Studios its first Oscar.

“That was a dream come true,” Carter says. “I don’t know about being Marvel Studios’ first Oscar-winner — that I would never have been able to dream of, that was like an added bonus. [But] I always thought, throughout my career, what if I became the first to win the Oscar [for costume design] as an African-American woman, what would that mean for people? Unfortunately, to have ‘Black’ and ‘first’ in the same sentence means we still haven’t incorporated our culture or presence in the fabric or fiber of this country.”

“I love them all like my children, so it’s hard for me to say which was more special than the other,” she says. “But the Dora Milaje, the highest-ranking fighting force in Wakanda, that costume did get a lot of interesting elements added in from all around the continent of Africa — the cultural inspirations and techniques they use to use the leather, the hides, also the beadwork from the Turkana tribe, the Himba tribe, the Ndebele, the neck rings, the arm rings.”

The meaning behind the Dora Milaje costume is one that’s rooted in power and strength, Carter explains. In other words: Women are badasses, too.

“Women can be the highest-ranking fighting force and can protect the king,” she says. “Women don’t have to be in high heels, cheerleader skirts, and bikini tops to get the job done. It’s also a beautiful costume when you’re completely covered and you represent yourself as a strong woman. It’s equally as beautiful.”

These days, Carter is shifting gears back to her role as costume designer for the next installment of the Black Panther franchise, although it’s unclear what that will look like. Chadwick Boseman, the acclaimed actor who brought the superhero to life, passed away in August 2020 after a long battle with colon cancer.

“After our unfortunate, tragic loss of Chadwick Boseman, we have slowed down,” she says. “I don’t know exactly how it’s going to play out, but I’m still working on the design for the costumes.”

Alongside her work in the first installment of Black Panther, Carter's exhibition features costumes worn by Oprah Winfrey in Selma and Denzel Washington in Malcolm X, showcasing her ability to address narratives of culture, race, and politics through costume.