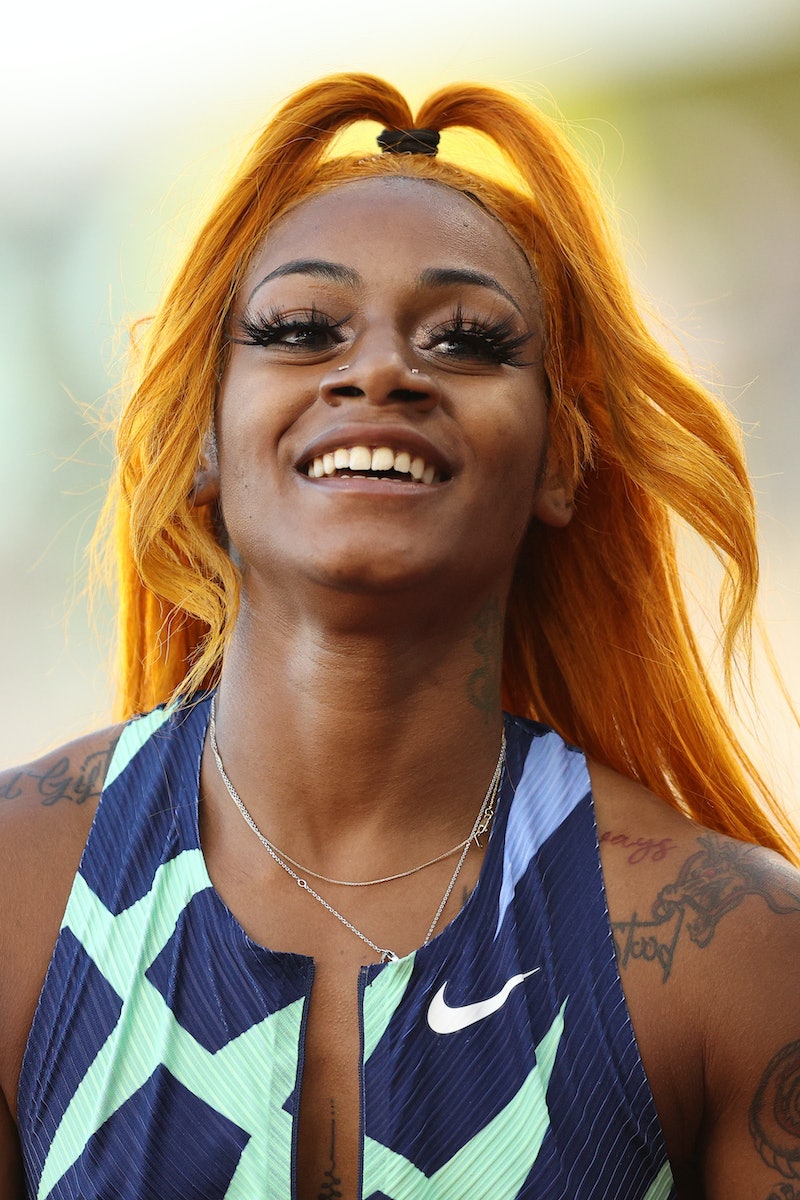 Sha’Carri Richardson debuted blue hair underneath long, platinum strands, swapping her signature fiery orange locks for a fresh color combo — and fans are totally losing it over the transformation.

The Texas-born athlete revealed her new look on Instagram today, using a popular voiceover clip of Nicki Minaj accepting an award in 2017 to unveil it. “I took a couple... You know, I took some time off to rest, and now it’s game time, b*itches,” the voiceover says. In the Instagram video, Richardson sits in the salon chair sporting her natural hair. Her hairstylist, Brianna Renee, then pulls off the hair-cutting cape and reveals Richardson’s new, slightly wavy blonde-slash-blue locks. Richardson also does an outfit change at the same time, ditching her regular clothes for a blue spandex Nike running outfit.

Between that smooth transition and her clever caption (“August 21 and I’m not playing nice,” she wrote, seemingly alluding to her forthcoming race against three Olympic medalists at the Prefontaine Classic in Oregon), it’s clear that Richardson, who was ineligible to compete in the recent 2021 Olympics in Tokyo, is looking nowhere else but forward. The track star’s return was bound to draw a lot of attention, but now fans are even more eager see her in action.

Renee posted even more coverage of Richardson’s new hair on her TikTok (and yes, it’s definitely worth checking out). This isn’t the first time runner has experimented with different hair colors: On June 3, she posted a “hair dump” on Instagram in honor of Pride Month. In it, she can be seen wearing everything from blue, stick-straight hair to curly micro-bangs to blonde locks that gradually turned dark brown at the ends. However, it seems that this may be the first time Richardson has sported a fun combo of blonde and blue.

Like her famously impressive nails, Richardson is clearly able to rock literally any look. No wonder she’s known not only as a record-breaking sprinter, but a beauty icon, too.