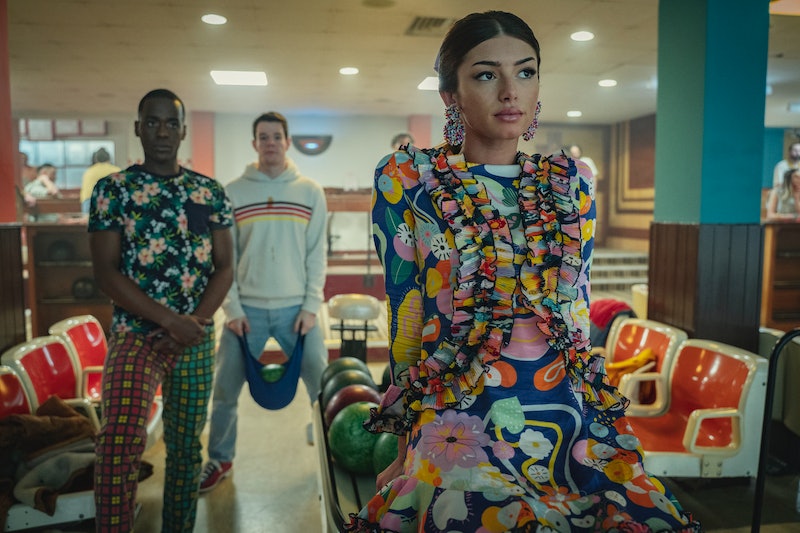 Along with its frank and honest approach to sex, talented cast, and stunning setting, Netflix’s Sex Education is known for its bold choices when it comes to beauty. Eric’s eye looks? Lily’s space buns? Ruby’s… everything? The teenagers on this show are far cooler than we could ever hope to be. And that’s before we even get started on Jean.

The woman we have to thank for these looks is Emily Bilverstone, a make-up and hair artist whose portfolio spans TV, film, music videos, and commercials. As well as Sex Education, Bilverstone has worked on shows like This Country and The Innocents and films such as The Chamber.

Lucky for fans of the show, Bilverstone has recently opened up on her Instagram about how she achieved some of the Sex Education season three looks. In a series of posts, she took followers inside the make up bags of Maeve, Aimee, Ruby, Lily, Eric, Hope, and Jean, explaining exactly which products were used to create their aesthetic and the influences behind them. Did you know, for example, that Maeve’s fringe was inspired by Lydia Deetz in Beetlejuice, Lisa Rowe in Girl Interrupted and Italian model Mariacarla Boscono? And that Gillian Anderson’s signature glow is created by combining two Chantecaille UK bases, an IT Cosmetic’s concealer, a Daniel Sandler liquid blush, and Glossier’s Cloud Paint tint? (More details on the latter below).

Keep reading to learn about a handful of the products used on Sex Education season three and where you can snap them up for yourself.