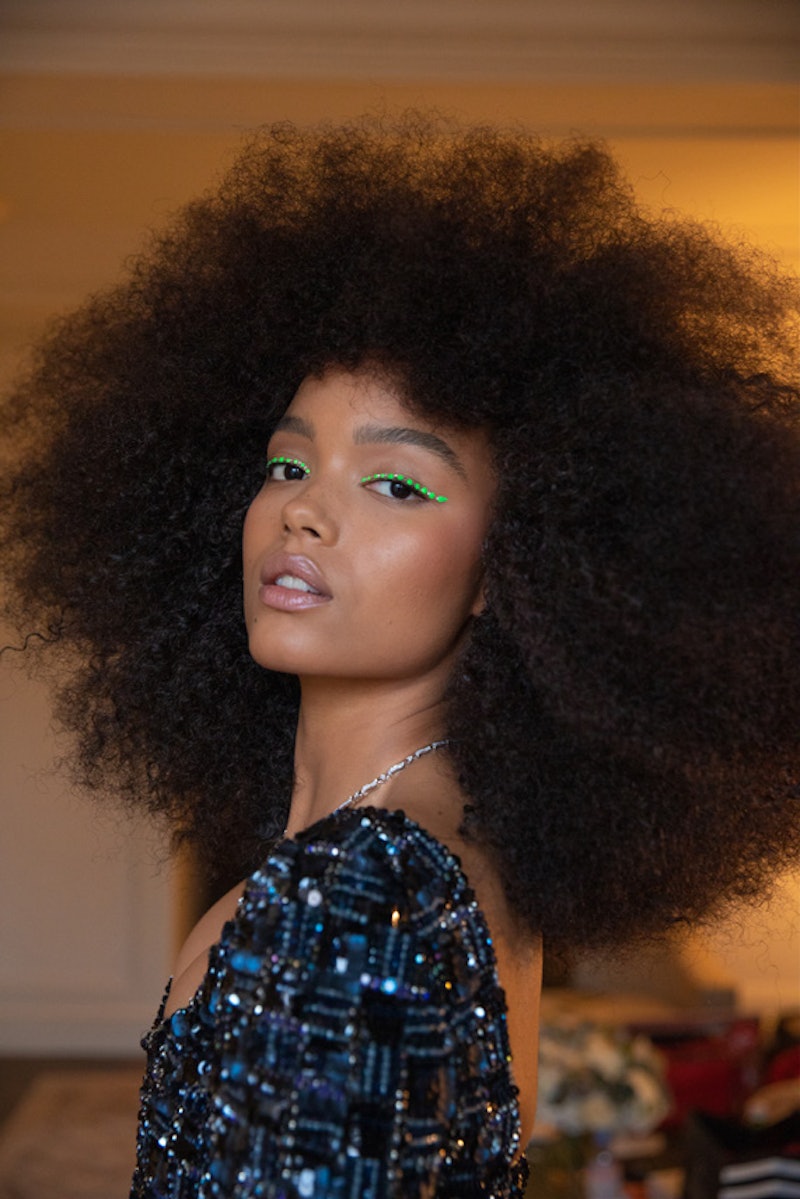 While you’ll sadly have to wait until November for Season 2 of the Gossip Girl revival, the show’s stars can still be spotted wearing the coolest beauty looks. Whitney Peak may play the odd woman out on the popular HBO Max reboot, but the 18-year-old actor could not have looked more at home on last night’s Met Gala 2021 red carpet. And here, Chanel makeup artist Tyron Machhausen gave Bustle an exclusive behind-the-scenes look at Peak’s look for the event, which she attended for the very first time.

Machhausen tells Bustle he was inspired by “the the embroidery of the dress and wanted to create something that expressed Whitney’s personality.” Peak and her hairstylist Naeemah LaFond shared Machhausen’s vision and the creative process was seamless. “Whitney, Naeemah, and I have an understanding with each other and are all on the same page, so the process is really quick and spontaneous. Whitney loved the idea right away.”

Machhausen kept it simple with a dewy base and natural lip — and the eye look was somewhat of an optical illusion. At first glance, it looks like traditional liquid eyeliner was dotted across her lash line. But in actuality, the details were three-dimensional.

“I love to give the eyes as much definition as possible,” Machhausen revealed. “I used [the] Chanel Stylo Yeux Waterproof in Noir Intense on the upper waterline to make the lash line more prominent, and lightly winged it out. After adding the paillettes, I applied the beautiful ivory shimmer, Chanel Ombre Première Laque in Lamé Ivoire, and lightly brushed it over the eyelid to open up the eye, and for it to reflect even more light.”

Peak complemented her glam and gown with a simple, small clear purse. Now, that’s how you make a Met Gala debut.

More like this
The 10 Best Emmys 2022 Makeup Looks
By Paris Giles
Camila Cabello Slayed The Face Gem Trend At Rock In Rio 2022
By Olivia Rose Ferreiro
Early 2000s-Era Rhinestone Tattoos Are Back, Baby
By Jordan Murray
This Week’s New Makeup Releases & More Beauty Headlines
By Audrey Noble and Erin Stovall
Get Even More From Bustle — Sign Up For The Newsletter