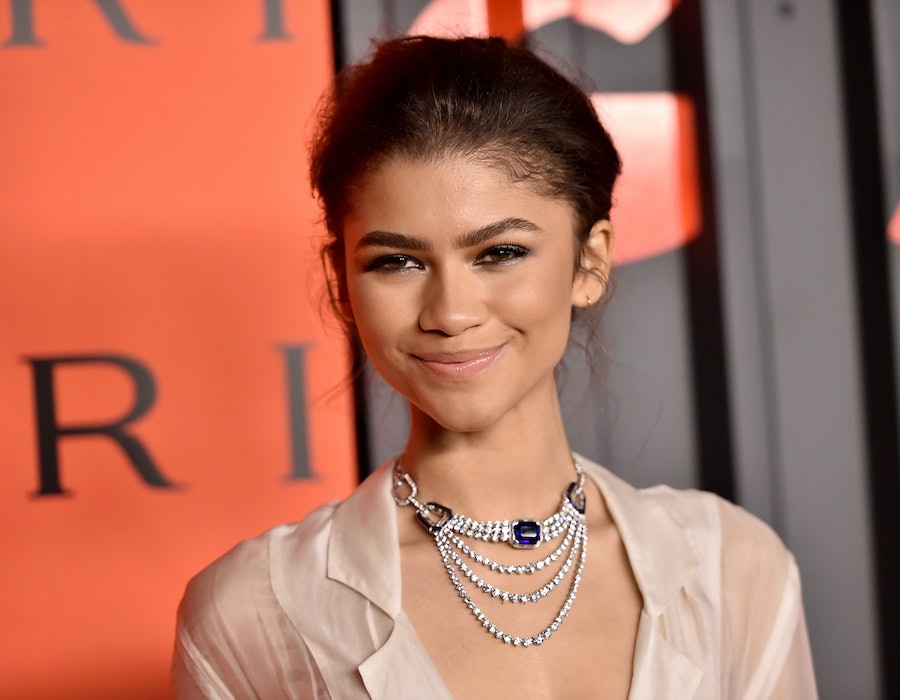 There might not be a red carpet at the 2020 Emmys, but celebrities are already pulling out all the stops when it comes to their wardrobe. Zendaya’s stylist, Law Roach, has already teased the actress’ look on Instagram, showing off her bright purple ankle-length dress designed by Christopher John Rogers.

With it, Zendaya slipped into a pair of sparkly heels from Christian Louboutin and jaw-dropping jewels from Bulgari. Zendaya is nominated for Outstanding Lead Actress In A Drama Series for Euphoria tonight, and it's the actress' first Emmy nomination. Perhaps she chose sparkle as a nod to the popular show, known for the characters' obsession with glittering eyeshadow.

It's notable that Zendaya chose Christopher John Rogers to wear for the Emmys this year. The designer just won the CFDA Award for emerging talent, and he is certainly one to watch on the fashion scene. It isn't the actress' first time wearing the designer's pieces, as she wore his billowing pink gown for a recent shoot with Instyle Magazine.

For the Emmys last year, she kept the glamorous vibes coming with a similarly jeweled-toned gown, then choosing an emerald green Vera Wang style. Zendaya is known for her colorful looks and head-turning style, and the 2020 Emmys is certainly no exception to the rule.