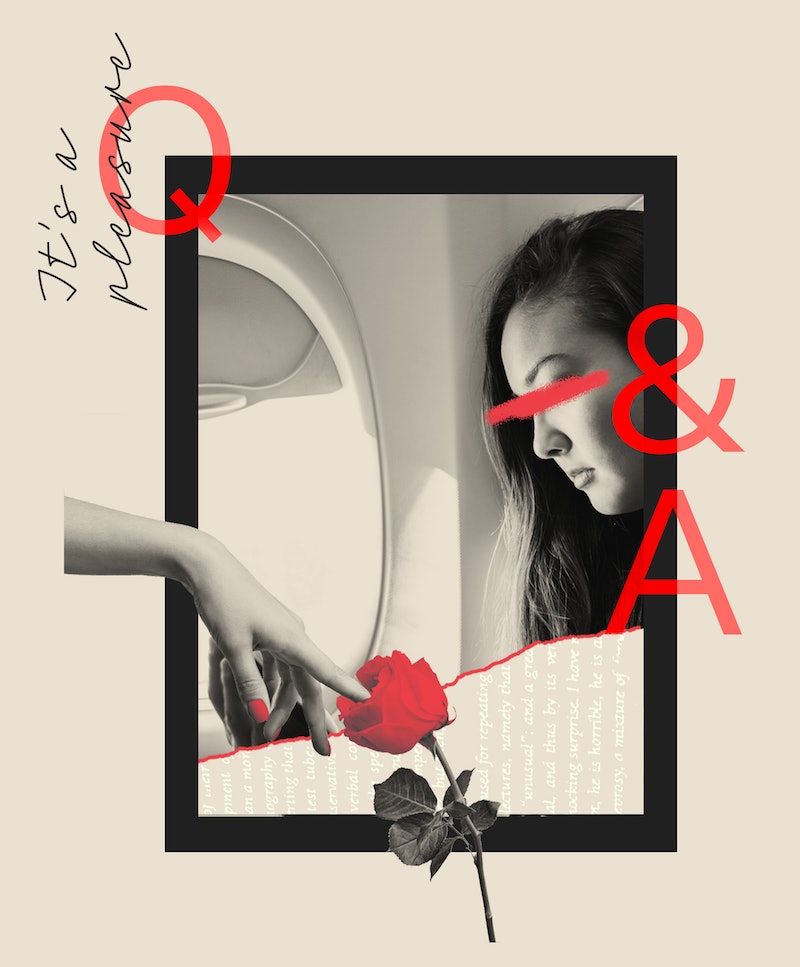 Q: I met this guy on Tinder, and we went on two dates. I instantly fell for him! He lives overseas so we didn’t get much time with each other. I told him I wasn’t comfortable with long-distance relationships, but he convinced me that if we were committed to each other, it could work. We’ve been dating now for five months. I feel like I’m being cheated because I’m not seeing him as regularly as he promised. I don’t want to seem unreasonable, but I told him initially that I wanted a companion. In the five months since we’ve been dating, I’ve seen him twice. I really like this guy. We do speak daily and he video calls me in the evenings, but I still want more. Do you think I’m being needy?

A: Let me assure you (and anyone else who is worried about this) that it is 100% fine to be “needy.” In fact, I’m not convinced there’s an actual, official line between being needy and having needs. And if there is, who is the arbiter of where the line is? We all have things we need help with! It’s part of the deal of being a human! Maybe you don’t need to be fed every two hours in the middle of the night like a newborn, but your needs are just as real and pertinent as anyone else. Emotional needs like closeness and intimacy, which are what you seem like you’re missing here, are just as important as more concrete needs.

What you’re also wondering, which people ask me a lot, is “Am I being reasonable?” It’s one of the most common questions I get, and it often comes from people who have been socialized as women. And so rarely is my answer “No, you’re being completely unreasonable! Why would you think you could or should ask for this?” It’s not that every single person who writes to me is a perfect angel with the best expectations of all time and no flaws (although that’s true, too). It’s that, again, it’s rational to have needs and boundaries and standards in relationships with other people. That in and of itself is sensible. And none of those things is prescribed. What works for me doesn’t work for you. One time my friends and I had a big discussion regarding whether or not your partner falling asleep in a friend’s bed after a long night of drinking (assuming the friend was of the gender, or one of the genders, they’re attracted to) was cheating. Some people were firm that it was absolutely wrong and that they’d be heartbroken. Other people were like, “I don’t think I’d care at all.” Others nitpicked the circumstances. And the truth was that everyone was reasonable.

The key to expectations is communicating them to your partner. You can have what you think are The Most Normal and Obvious Assumptions on Earth and your partner can have a wildly divergent idea of how things are done. (My boyfriend puts bread in the refrigerator, for hell’s sake!) It seems like you did have at least one discussion about how long distance would work for you two — he promised something, according to you. And that’s not happening, so now it’s time to talk again.

Use that conversation to talk about the expectations beyond visiting schedules. Discuss where you see this going, because frankly, long-distance without an agreed-upon end date doesn’t really work. There’s a massive difference between “We live in two different countries and have no clue when, if ever, we can be together” and “We’re living apart for 18 months, but after that, he’s moving to my city where we have X plan for him to live and work.” Mention what you want and why. Explain how you’re feeling and be open! If you can’t be excruciatingly vulnerable with the person you’re with, that’s a bad sign. Ask for things and listen to your partner. What’s the reason that they give for not having upheld their promise? Is it financial? Is it because they have doubts? What’s the actual reason?

Now, how often is “reasonable” for you to ask for you two to see each other in person? I have no clue! I don’t know what overseas means. Maybe one of you lives in Mexico and one in Germany. That’s a lot different than, say, New Zealand to Australia, which is also technically overseas. I don’t know how much you two make or how often you can afford to take off work. But I don’t know any of the details that matter. The question you two need to answer together is “Are we spending all of our possible free time and extra money on visiting one another, or just some of it? And if it’s just some of it, what’s a fair amount that we agree on?”

I will say this: It’s difficult to have a healthy, happy long-distance relationship with someone when you’ve never gotten to build a foundation together in the same city. People have done it! People will continue to do it! Difficult doesn’t mean impossible! But it requires extra communication skills, extra honesty, extra vulnerability, and extra trust. Not just trust that your partner isn’t cheating on you; I don’t mean it in such a facile way. I mean trust that you’re both working toward the same thing. Trust that the twin heartaches of loneliness and longing are worth it. You don’t have physical intimacy or fun times or day-to-day moments to fall back on. There’s no easy mode. It’s hard mode all the time. Even the times when you get to be together in person can easily turn into high-octane, adrenaline-fueled spurts. There’s pressure to have fun and feel love on demand.

It’s painstaking to build a real relationship within those parameters. (Emphasis, perhaps perversely, on the pain part.) A lot of work. And when people say that relationships take work, they don’t mean it’s like building the Van Gogh Lego set, which takes hours and hours but ultimately has instructions and is fairly low stakes. They mean it’s emotional, ugly, excruciating work that makes you learn about yourself via trial-by-fire situations that might portend a broken heart. The opportunity is arising right now to do some of that work. Don’t shy away — that way lies assured destruction. Step up to the plate if this relationship feels worth it. Work on this, show up, ask for what you need, listen to your partner, and require that they listen to you. Mess up. Try again. Listen harder. Keep working. Cry to your best friend. Eat a really good doughnut. Try again. That’s how all relationships keep going, regardless of distance, you just don’t have as many little cheat codes to fall back on as people sharing the same couch every night.

More like this
How Do I Deal With Both ED & Premature Ejaculation?
By Sophia Benoit
I Never Orgasm During Sex. What Can I Do?
By Sophia Benoit
7 Women Share Their Best Orgasm Stories
By Lexi Inks
Expert Tips For Being On Top When You're Plus-Size
By Lexi Inks
Get Even More From Bustle — Sign Up For The Newsletter