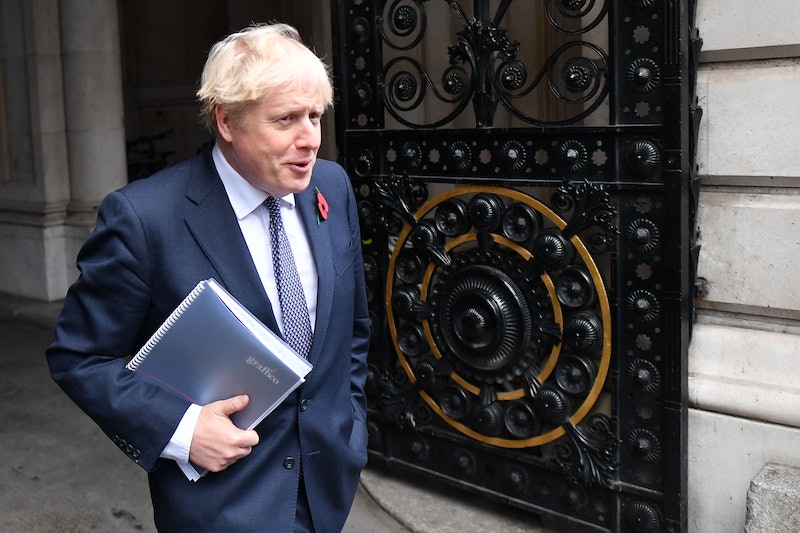 In a tweet posted on Sunday (Nov. 15), Prime Minister Boris Johnson announced that he was self-isolating after meeting with an MP who tested positive for coronavirus. Johnson wrote that he was notified by NHS Test and Trace and currently has no symptoms. "I am following the rules and will be working from No10 as I continue to lead the government's pandemic response," he said.

Per BBC News, the Prime Minister met with Ashfield MP Lee Anderson on Thursday for "about 35 minutes", who has since tested positive for the virus. "On Friday I lost my sense of taste at the same time my wife had a bad headache," Anderson wrote on Facebook. "I had no cough, no fever, and felt well. We both had a test on Saturday and the result came in Sunday morning."

The Prime Minister first contracted the virus on March 27, and was subsequently hospitalised for three days. "It doesn't matter that I feel fine," Johnson wrote in a WhatsApp message reportedly seen by the BBC, "or that my body is bursting with antibodies because I already had the damn thing. The rules are the rules and they are there to stop the spread of the disease."

Johnson's self-isolation period, which should end on November 26 according to Sky News, comes as the Prime Minister prepares "a series of 'critical announcements' on policy" following the resignations of aides Dominic Cummings and Lee Cain last week, per HuffPost UK.

More like this
Here’s Everything You Need To Know About Operation London Bridge
By Bustle UK
10 Photos Of William, Harry, & Their Cousins Honoring The Queen Together
By Stephanie Topacio Long
William & Kate Shared How Their Kids Are Doing As They Mourn The Queen
By Stephanie Topacio Long
New Coins Unveiled As King Charles III's Reign Gets Underway
By Sam Ramsden
Get The Very Best Of Bustle/UK