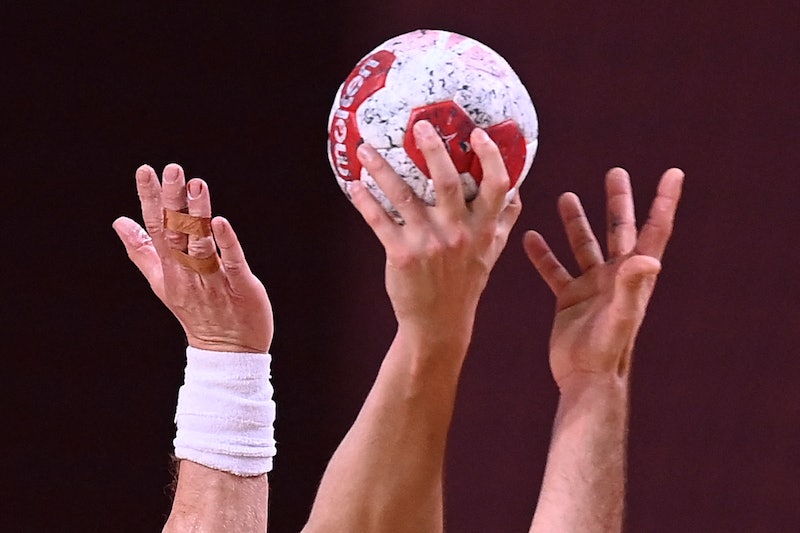 And in 2019, a study in the Journal of Sexual Medicine found that sexual activity before exercise does not affect physical exercise performance. You read that right. Science says it’s fine to rub one out before your athletic match. In fact, some experts say that getting off before your big game may actually help your performance, not hurt it.

Takeaway? You might want to score yourself an orgasm before going out on the field. Here are more findings about sex and sports you should know.

In 2016, a study commissioned by sex toy brand Adam & Eve set out to see if sex or masturbation before a big competition has any effect on performance. Of the 21 college or national level male and female athletes who were part of the three-week-long study, those athletes who firmly believe that sex would improve their performance, 68% saw positive results. In the same vein, those who believed that sex prior to a competition would derail them in some way, 70% of those people saw their performance suffer. As coach Dr. Young explained in the study, “If you feel that your sex life is having a negative impact on your athletic prowess, then there’s a high chance that it will. If you believe regular sex boosts your energy and gives you superpowers, then this can materialize in improved sporting performance.”

3. More Than Half Of Athletes Saw Their Strength Boost After Sex

According to the study, 60% of athletes saw “their maximum strength output rocket when tested after having sex.” If that doesn’t throw out Muhammad Ali’s suspicions about sex messing with his physical performance, then I’m not sure what will.

“Boxers often abstain from sex before a big fight,” Jeffrey Sumber, MA, MTS, LCPC, psychotherapist and bestselling author of Renew Your Wows! , told Bustle. “However, for some elite athletes, remaining the master of one’s domain is less appealing as a tool for optimal performance. Why? I believe a possibility is the cultural shift that has occurred in the past decade, largely impacted by apps, swipes, and Netflix-chilling. More and more of us see sex as a workout, not a relationship in process. So what better stress release than sex when you have the world watching and a nation depending on you?”

But female athletes can get some great benefits from some PIV sex before an athletic performance. According to Dr. Michael Reitano, sexual health expert and physician in residence at Roman, “vaginal and clitoral stimulation have painkilling properties."

5. Only 10% Athletes Think Pre-Game Sexual Activity Is A Bad Idea

Whether it’s because they adhere to the old school way of thinking or something that they’re basing on personal experience, of the 10% of athletes who felt getting it on was a bad idea — either solo or with someone else — prior to a competition, 4 in 10 saw negative effects. This was most especially the case in vertical jumping ability. I guess orgasms take you high enough that you can’t reach some epic levels immediately afterward… or something.

The research also found an interesting correlation between Tiger Woods’ performances before and after 2009, when his sex scandal hit the tabloids. Between 1997 and 2009, when Woods most likely saw sex in a more positive light, his golf success rate was pretty much mind-blowing. But from 2010 to 2014, his performance dropped significantly. Although the researchers do say that there were other contributing factors at play, like the public scandal for starters, his divorce, and loss of sponsorships, they do think the psychological effect of sex was a contributor to his success prior to 2009 and his lack of success in the years after that.

All in all, it’s pretty safe to say that getting in won’t lead to major problems on the field. As Dr. Uchenna "UC" Ossai, pelvic health physical therapist and sex educator previously told Bustle, sex is probably going to do more good than harm. “Sexual activity is one of the global indicators of health and well-being,” she said. "It's a truly loyal friend when it comes to your mood, pain management, sleep quality, and pelvic floor function, to name a fabulous few. It is widely known that high-level physical performance and fitness have an elevating effect when it comes to overall sexual function."

8. Your Athletic Performance Can Affect Your Sex Life

According to Angela Skurtu, a sex therapist based in St Louis, “If people are overworked and working themselves really hard, sometimes that impacts sex. I’ve had athletes that are really working hard...and they just don’t have the energy at the end of the day to have sex.”

This article was originally published on Aug. 15, 2016