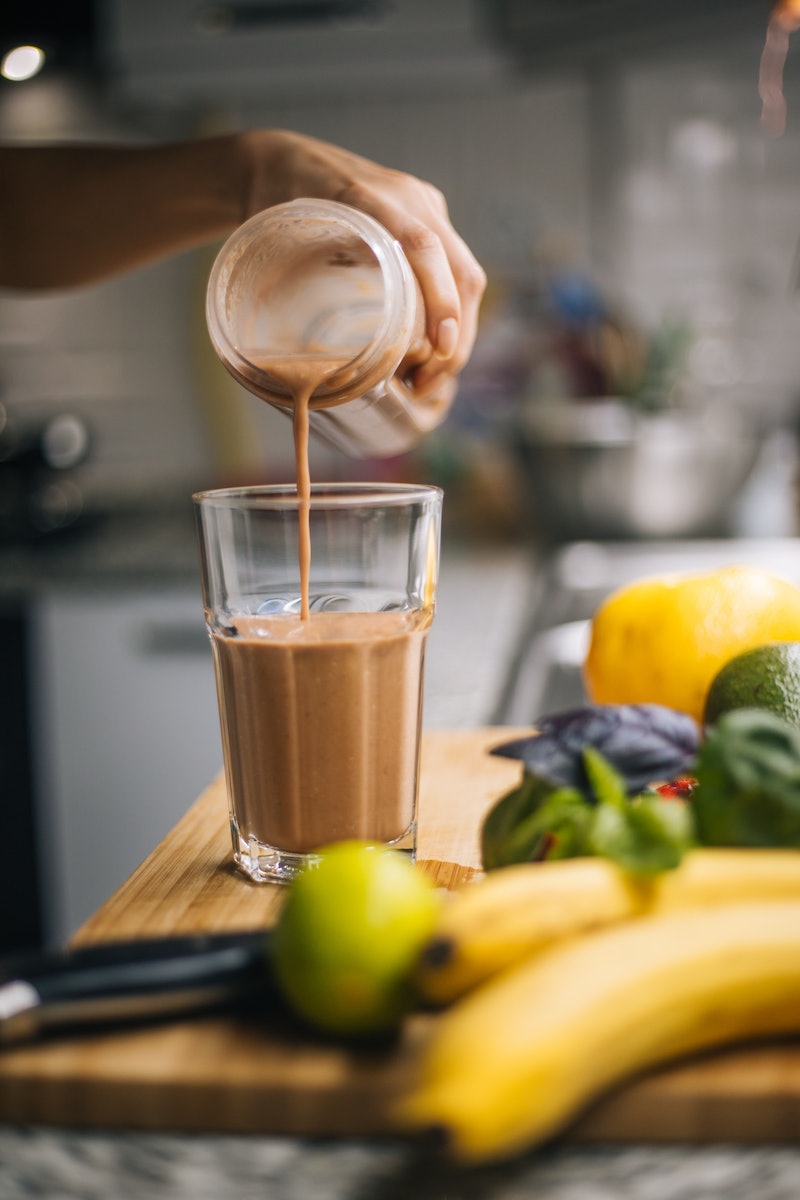 Of course you know what pre-workout is — it’s the period of time before your workout. Duh! But when someone says it like a noun, people are likely talking about exercise supplements — a super-caffeinated powder that people mix into water to give their workout a boost. If you’ve been on TikTok lately, you might see some people skipping the mix and dry-scooping pre-workout right into their mouths, claiming it works faster.

You won’t find anything if you look for the #dryscoop hashtag on TikTok — the platform sometimes blocks certain hashtag searches as part of their content moderation efforts — but you’ll be able to see plenty of these videos under the #preworkout tag, which has nearly 1.2 billion views. Research presented at the 2021 American Academy of Pediatrics National Conference & Exhibition in October, a few months after the challenge first went viral, found that out of 100 TikTok videos tagged with #preworkout, only eight showed the supplement being used correctly.

From people’s accounts of their first time drinking the energy boosters to the chugging of the powder straight back (ouch), the tag has lots of people asking... why?

If you hit the gym to do your light 20-minute treadmill jog while catching up on Real Housewives, you probably don’t need any pre-workout. Usually found in powder form, pre-workout supplements often include caffeine and vitamins meant to boost your energy, exercise performance, stamina, and focus, says GNC’s chief nutrition officer Rachel Jones, M.S., R.D.N. You can grab pre-workout in flavors ranging from wild berry to mojito, and mix it to your water or smoothie.

“The most common form of pre-workouts are in powder form mixed with 6-8 ounces of water,” Jones explains. Usually, people take pre-workout by mixing it in with their water or shake between 30-60 minutes before starting their workout, she says.

There’s such a range in what pre-workout supplements say they offer because these powders are not regulated by the FDA. This means you can’t really be sure what’s in a given mix of pre-workout, because manufacturers aren’t required to disclose all the ingredients, instead calling out a “proprietary blend” of components. That leads us to why scooping it back is probably not the vibe.

Why Dry-Scooping Pre-Workout Is Both Ineffective & Dangerous

Remember ye olde days of the cinnamon challenge? Dry scooping pre-workout is kind of like that — dangerous. Pretty much any time you're trying to inhale a large quantity of powder directly into your system, you risk choking, nose bleeds, and even trouble breathing because a) your airway is blocked and b) you can potentially inhale powder directly into your lungs. You could also trigger a heart attack — according to KCCI, a CBS outlet in Des Moines, Iowa, a 20-year-old had a heart attack in April after dry-scooping pre-workout.

“It’s important to use the products as directed,” Jones cautions. “Taking more than one serving prior to your workout isn’t necessary, so stick to the recommended dose.”

In the study abstract, researchers noted that of the 100 videos they looked at, 31 showed people dry-scooping pre-workout. Fourteen videos showed people eating or drinking it improperly, such as by dipping an ice pop in pre-workout and eating it, or mixing it with energy drinks. One video even showed someone snorting it. “Physicians should be aware of the pervasiveness of pre-workout, dangerous methods of consumption, and the potential for accidental overconsumption, inhalation, and injury,” a press release about the research noted.

Beyond being potentially dangerous, popping pre-workout straight into your mouth without mixing it into liquid first won’t make your energy boost more effective, either: Caffeine is absorbed into your system very quickly when you drink it. “Taking pre-workout with water is ideal to help your body properly digest and absorb the ingredients responsible for the product benefits,” Jones explains. So not only is actually mixing your pre-workout with H2O safer — it’s also better for your energy boost.