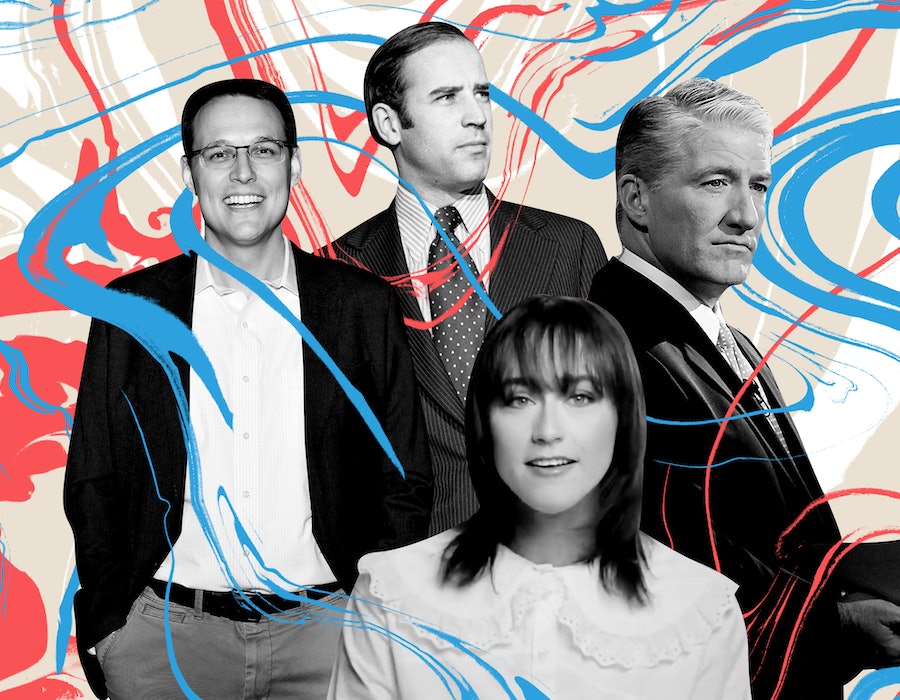 Last week, Americans waited with bated breath for the 46th President of the United States to be projected. The country was in flux: Election night had devolved into a dystopian week reminiscent of Groundhog Day, with the current administration continuing to cry fraud and Nevada cementing itself as the biggest f*ckboy of all 50 states. With their breath held and stomach in knots, Americans had no choice but to let off steam the only way they know how: by channeling their political exasperation into sexual release.

Over the course of those five fateful days, citizens of this great nation exhibited unparalleled levels of horniness, the likes of which haven't been seen since President Obama's freshman year college photos hit social media. (Even The New York Times dubbed them irrefutably "sexy.") People began sexualizing everything within reach: politicians, news anchors, rescue dogs, even the moon (which is, in fact, wet). Adult company ImLive rolled out a promotional deal that ensured 220 gallons of lube "ready to deploy" the second the results were announced. Streaming adult site CamSoda even launched a platform that would allow users to sync their sex toy's vibrations patterns to correlate with the results of the Presidential, Senate, and House elections.

"This dude, who looks like my former algebra TA, is now getting called 'Kor-SNACK-i.'"

But who needs pornography when you have the erotic musings of news anchors on your television 24/7? Days into the election, Twitter began simping hard for CNN's chief national correspondent John King — or Daddy King, as I've affectionately dubbed him. He hadn't slept in days, and neither had we; his whisperings of a "big dump" from Arizona started to sound like sweet nothings whispered in our ears. "When did John King become sexy to you? For me, it was around hour 15," Meghan Christie aptly tweeted. "It's his stamina for me," explains 24-year-old Chloe, a self-declared newly minted John King stan. "To last that long on air, without virtually any breaks?"

Similar sentiments are wrapped up in the seemingly overnight sex god-status of MSNBC's national political correspondent Steve Kornacki, who, until this election cycle, was unbeknownst to me. The political wunderkind, who gives off the sexual energy of a young Michael Cera, had so many viewers worshipping at the altar of his underdog hotness that he released a post-election "thank you" message to his new fans for all the, uh, thirsty compliments. Yup — this dude, who looks like my former algebra TA, is now getting called "Kor-SNACK-i." It's a Cinderella story for nerds.

Meanwhile, over on TikTok, teens were quick to point out that President-Elect Joe Biden's grandchildren and Vice President-Elect Kamala Harris' stepchildren are also genetically blessed. "I really want Biden to win now," user @onedondan wrote, his words superimposed over a slideshow of pictures of Naomi Biden. But it was Ella Emhoff, daughter of Doug, who truly caused a stir on Queer TikTok. The artist, who vaguely resembles King Princess, was dubbed "the main character" by an entire community — monopolizing the hashtag #girlcrush, mobilizing Gen Z in a way that a Biden/Harris ticket never could, and proving you can count on this generation for a few things: record-setting voter turnout, activism, and thirst-trapping.

Unless, of course, we're talking about my lover, Christopher Cuomo. Now that man can get it.