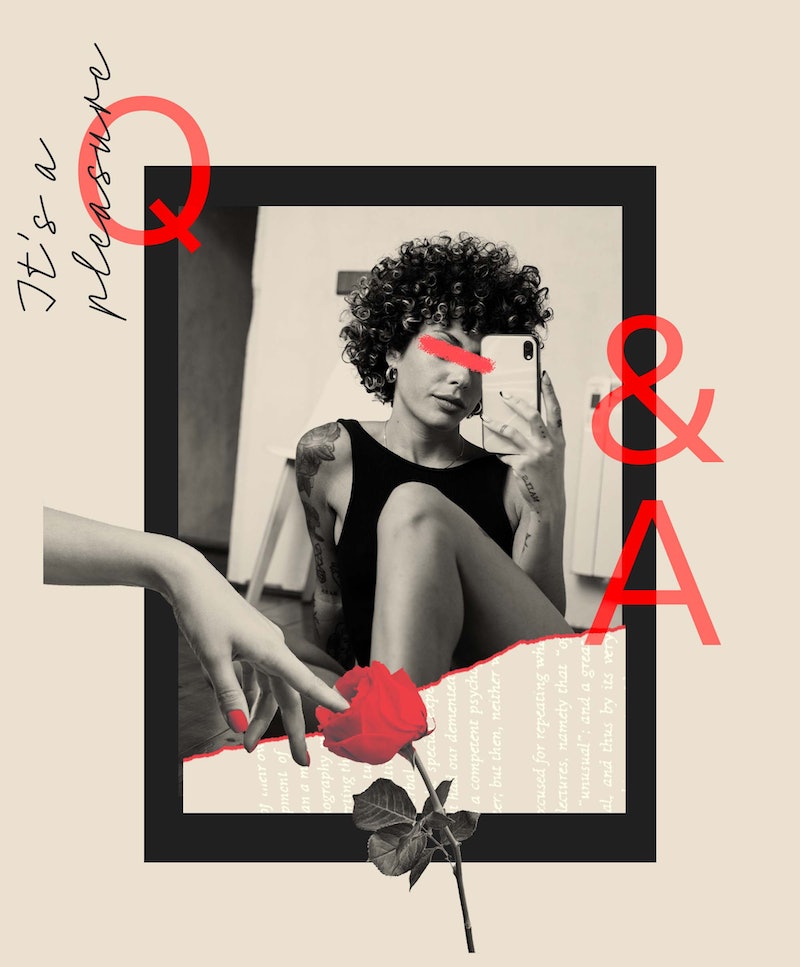 Q: How hot should one’s dating app pictures be? I always put a few where I don’t look great because my fear is someone turning up and saying, “Ew, you don’t look like your pictures,” but a friend said they think that’s a terrible idea. Are they right? Am I effectively managing expectations or selling myself short?

A: The most obvious answer is that your dating app pictures should be exactly as hot as you want them to be. So if after you read my response you don’t change a dang thing about your dating profile, then great! This is very much a case of You Do You.

However — you knew there was a “however” coming — it feels like you’re making this decision based on how you think other people would respond. If you’re imagining what people are going to say about a situation, nine times out of 10, you’re in dialogue with your self-doubt. We all have insecurities, and very few things bring them to the forefront of our thoughts as effectively as dating apps!

Right now, you’re creating your profile based on a very specific fear (your word) you have. One that I think is unfounded, although it doesn’t matter what I think and it doesn’t matter if it’s unfounded. We all behave based on assumptions all the time. If this is your big insecurity when it comes to dating and posting Not As Hot photos on your dating apps assuages that worry somewhat and you’re still having a fun nice time dating, then bingo! You’re doing great!

That said, you don’t need to manage anyone’s expectations when it comes to meeting you. Dating you, meeting you, seeing you is not in any way a letdown. It’s a f*cking dream come true, OK? Posting your hottest pictures isn’t any more of a “lie” than it is to post only the absolute “ugliest” pictures you have of yourself. The ones where you accidentally opened the front-facing camera while you were on the toilet mid-flu. You in a sexy outfit, sipping a drink with an umbrella in it, with flawless eyeliner is no less you than you sweating into your coat on the subway. Those are all true versions of you, and you get to pick what you share with someone on your dating app.

To some extent, you’re already putting out a highlight reel, as is everyone else. It’s not like you’re putting up your therapy sessions where you cry so hard you can’t speak. It’s not like you’re telling the story of when you messed up at work and cost the company $40,000. Your responsibility on a dating app is not to shout your worst at passing strangers and then glom onto the first person who accepts it. Dating apps are, much to the chagrin of most people involved, superficial. They can’t be anything else — that’s their sine qua non. It’s an app of photos and about three sentences, one of which usually includes something about burritos for some reason. You’re allowed to play the game.

If someone’s only expectations of you have to do with you performing a certain level of “hotness,” then they are, pardon my language, a sh*tstain. Attraction isn’t simply a hot photo; you can’t sustain interest in a person based on seven photos they posted before you two met. Once someone meets you, they’re going to form an opinion based on you, and the photos will become irrelevant.

Now, has it happened in the history of the world that someone has complained that someone doesn't look exactly like their photos? Yes, of course, it has. Do you know who is hurt by that? Absolutely no one. You aren’t catfishing or tricking anyone. You aren’t lying about who you are. Your job is not to look your absolute hottest constantly so that people aren’t let down. If someone says, “Ew, you don’t look like your pictures,” to your face, you can tell them, “Oh, bummer, from your profile, I thought you’d be a decent human. I guess we all fudge a bit!” And if they don’t say it to you, you have no way of knowing if that’s their concern. You’re assuming judgments from other people that they aren’t expressing.

As long as you aren’t using photos of another person, you’re in the clear to post the absolute hottest, semi-recent (past few years) photos of you that exist. I’d argue that this is what virtually everyone else is doing. We’re putting our best selves out there so that people like us enough to fall for us so that in seven weeks we can actually become the version of ourselves we really are: the one who does nasty farts or never closes kitchen cabinets or leaves wet towels on the bed or is always on their phone during movies.

More like this
35 Sexy Texts To Send Your Partner
By Griffin Wynne and Carolyn Steber
I'm 38 & Single. Why Can’t I Find A Serious Relationship?
By Sophia Benoit
My BF Wants To Stay Friends With His Ex Primary Partner. What Do I Do?
By Sophia Benoit
What Are Swingers? Everything You Need To Know
By Lexi Inks
Get Even More From Bustle — Sign Up For The Newsletter