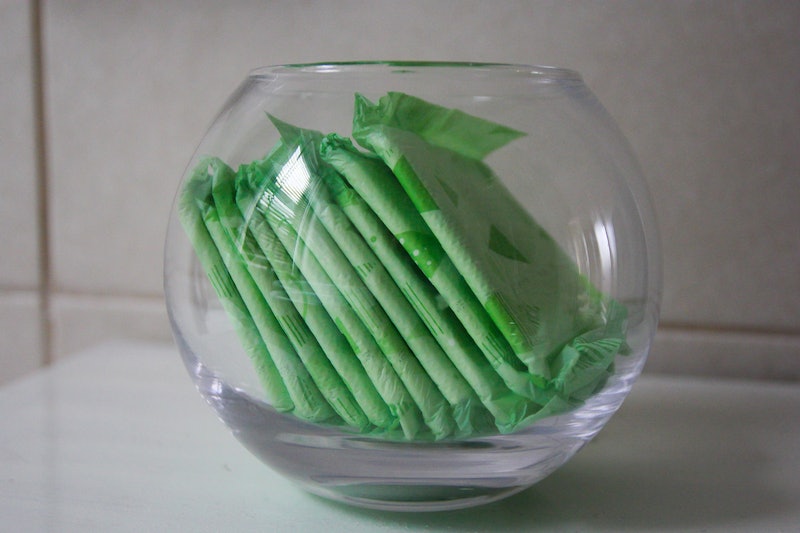 During the five weeks she was actively sick with COVID, Emily, 24, skipped her period. The Boston-based video editor didn't think much of it — it's common for your body to shut down nonessential processes when you’re sick, her mom, a nurse, reassured her. But almost immediately after her negative test in May, she says, she finally got her period for nine straight days. Her next period showed up two weeks later. Since then, she's dealt with an irregular heart rate, fainting spells, hair loss, and heavy, painful periods that come twice a month for over a week at a time.

“At one point, I straight up went through a box of eight tampons in a day,” she says.

With over 11 million people contracting COVID-19 in the U.S. last year, more Americans are reckoning with potential long-term impacts of the disease. For many period-havers, changes to their menstrual cycles are now high on their list of concerns. While differences in people’s periods — due to illness or the stress of lockdown — were documented early on in the pandemic, online COVID-19 support groups continue to be flooded with posts, asking if anyone else's period has been really weird.

Dr. Mitchell Kramer, MD, chair of obstetrics and gynecology of Huntington Hospital in New York, has seen multiple patients come in with menstrual issues after having COVID. He notes that the limited research on COVID and the endocrine system has shown that estrogen and possibly progesterone — the two hormones produced by the body in between menstrual cycles — do seem to have some kind of protective effect against COVID. Among people who menstruate who have contracted COVID, he adds, their symptoms are often milder in between periods. Still, he stresses that that doesn’t necessarily translate to COVID affecting menstrual cycles in the long-term.

“There is nothing in the literature at this point that says if these things are specific to COVID, but we see this in patients with severe influenza, viral meningitis, bacterial sepsis,” Kramer tells Bustle, referring to symptoms like Emily was describing. “Any serious infection that inflames the organs can impact the character of the menstrual cycle.” The stress of living through a pandemic on its own can also affect people’s periods, as Bustle has previously reported.

Still, some people like Emily are concerned that their periods haven't gotten back to normal. Christine, 30, had her IUD replaced right before she tested positive for COVID, in late April. While some people’s periods go away with a hormonal IUD, hers had been super regular during her previous three years on Skyla: five days long, with one day of heavy bleeding. But after she got her new IUD put in, she had a super heavy, two-week long period. She tested negative for COVID in late May, but hasn’t gotten her period in the six months since. Her doctor believes that the period change is down to her IUD, but Christine is looking for a second opinion. “I truly believe this has nothing to do with my IUD and everything to do with COVID,” she tells Bustle.

On the other hand, Sam, 26, has seen her period symptoms improve as she’s gotten further away from her bout of illness, in August. In September, her period was a few days late after lots of spotting, and at five days long, much longer than her usual cycle. In October, she was four days early, and her period went on for six days. Seeing her period double in duration after contracting COVID “definitely threw me off guard,” she says. “Prior to having COVID, I knew what was coming and generally when, even if it wasn’t great.” Post-COVID, she says, “It’s almost like ... getting your period for the first time again, because it just hits different and not on any sort of schedule.” By November, however, her period was starting to inch towards normalcy, coming only a few days earlier than expected and lasting for four days — the closest she has come yet to a pre-COVID cycle.

Kramer explains that when you see your doctor with these kinds of concerns, they’ll likely evaluate your hormone levels, including thyroid function, since severe inflammation can injure your body’s hormone-producing organs. But by and large, he says, he would tell other COVID survivors to be optimistic that their periods will get back on track. “The odds are in their favor that they will recover fully.”