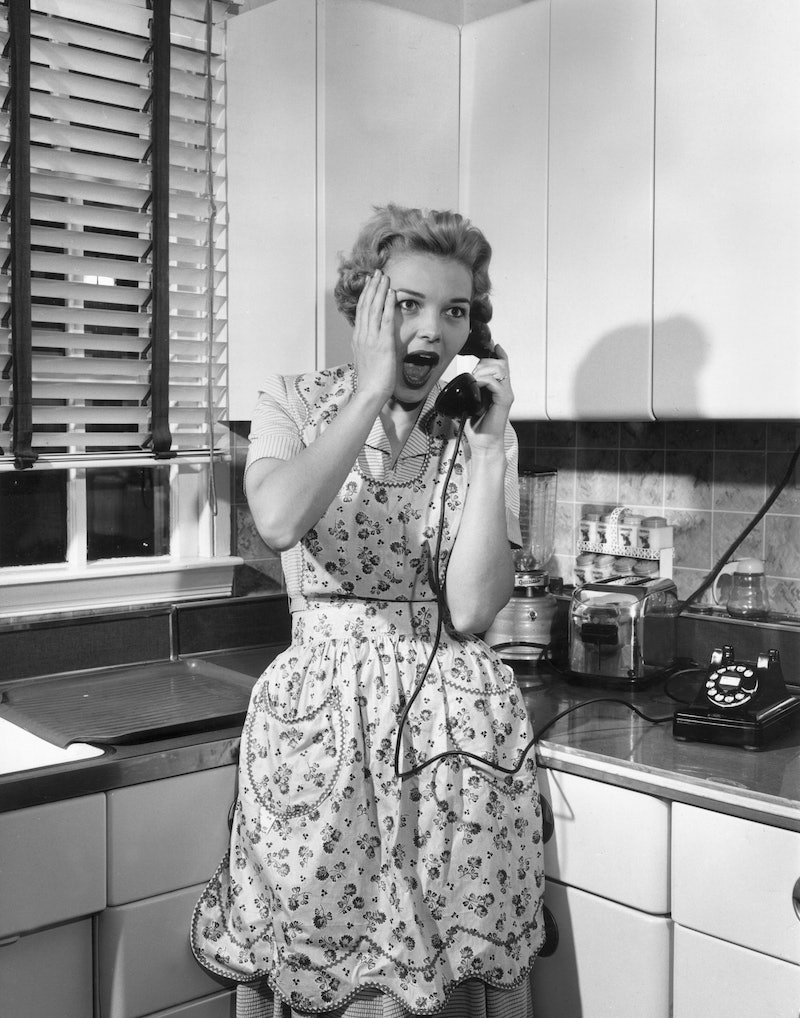 You’ve always disagreed with your old college roommate on things like whether Black Widow is magnificent, trash, or magnificent trash. But lately, the bickering you thought was just part of your friendship has been feeling a lot like “this person is constantly putting me down.” You realize it’s time to end things, but knowing how to cut a toxic friend out of your life and actually doing it are two very different creatures.

“Ending a relationship is never easy, but sometimes it may be necessary for your personal well-being,” says Claudia Sigala, L.C.S.W., a psychotherapist with the mental health provider Alma. One key to navigating how to get rid of a toxic friend is prioritizing your relationship with yourself, Sigala explains. Even when the friendship has become toxic, she tells Bustle that cutting off a friend will likely lead to some kind of grief — so carve out space for having big feelings while you’re planning to have a difficult conversation.

As for what to actually say to a close friend who’s about to become an ex-friend, Sigala says that every relationship and situation is different — so you’ll have to take your personal circumstances into account first and foremost. But in general, here are seven guidelines for how to get rid of a toxic friend.

“In healthy friendships, it’s important to know that we can ask for what we need, and trust that it will be received,” says clinical psychologist Jamie Goldstein, Psy.D., the therapy experience lead for mental health platform Coa. But if you’re at the point where even asking to get Indian food instead of burgers makes your former bestie send you on the guilt trip of the decade, you know that this conversation won’t be easy.

To help yourself prepare, consider calling up your actual — non-toxic — friends. “It’s not about ganging up on someone,” says Mara, 32, who tells Bustle that she’s had to end more than one toxic friendship in her day. “When I need to cut someone off, I plan a post-convo hangout with people who aren’t mutual friends and therefore are removed from the situation. That way, I can get the support I need without adding extra drama.” She’s done a lot of crying each time she’s gone through a friendship breakup, she says, and her real friends were there for her each time.

You’ve been constantly agitated by your friend for months, but is that worth ending a decade-long friendship over? “When friends are not accountable for how they are showing up in the relationship, it becomes harder and harder to reciprocate the positive parts of friendship like support, understanding, and quality time spent together,” Goldstein says. Even so, when you’re about to call it quits, it might be tempting to second guess yourself as you call to mind the good old days.

Every friendship, no matter how toxic it is, has its good moments — that Taylor Swift concert that neither of you will admit to loving comes to mind. But nostalgia can make it a lot harder to do what you have to do and walk away. Leave that TSwift concert in the past, and look forward to Comic Con with your non-toxic friends instead.

If you don’t want to get into a major conversation, you don’t have to bare your entire soul during the imminent friend breakup. “Many times the relationship can be repaired through healthy communication, allowing all individuals in the relationship to express themselves and feel heard,” Sigala tells Bustle. And part of that healthy communication is getting real when it’s just not working.

Be honest with yourself, and with your soon-to-be ex-friend. Phasing out the friend you used to message every day is going to drag itself out longer than you’d like it to. Plus, it’ll send the same kind of mixed signals that you wish your friend would stop giving you. Instead of pushing off the inevitable, opt for a clear, clean-cut break-up convo. “I’m ready to move on from our friendship” and “It would be better for me if we don’t talk anymore” aren’t mean things to say — they’re just you being real.

You don’t owe anyone a follow on Instagram, even if you’ve been connected online since the days of Myspace. If you’ve ended a toxic friendship, staying up to date on their social is only going to do more harm than good.

“When old friendships just fade, staying vaguely connected on social media is nice,” says Justin, 29, who ended two toxic friendships during the pandemic. “But when you’re leaving someone’s life because they’ve been awful to you, the block button becomes your new best friend.” It might seem harsh, they acknowledge, but Justin says that the more cruel thing to do is torture yourself by staring at photos of your ex-friend and their new bestie.

When you end a romantic relationship, people around you will often urge you to date again. The same goes with breaking up with a toxic friend. Find new friends, or invest more time in healthy, existing friendships. “Find activities and reconnect with friends and family who help you feel good about yourself as a way to increase self-esteem,” Sigala advises.

Your first instinct might be to reach out in anger when a mutual friend says that your ex-pal is talking crap behind your back. But whether it’s a series of “I miss you” texts or rumors that they’re telling everyone what a terrible person you are, experts advise against responding.

“Honestly, I’ve been the toxic friend a couple times in college,” Justin admits. “I’ve sent those pissed off ‘why would you leave me like this’ texts to friends who cut me off.” The situations always got worse when people responded to them, but when their old friends ignored them, it helped them heal. They imagine it also helped their former friends get peace of mind, too. “So don’t feel like a jerk for ignoring those puppy-eyed guilt texts — the best thing you can do is let it go.”

Chances are, throughout the toxic friendship, you were used to putting the needs of your friend first, potentially sacrificing your own happiness and needs. In order to truly cut someone out of your life you need to be prepared to put yourself first, for once. “After ending the relationship, I recommend investing in your healing,” Sigala advises. It might not feel intuitive at first, but shedding the weight of a toxic relationship will give you a lot more brainspace to just do you.

This article was originally published on July 9, 2015