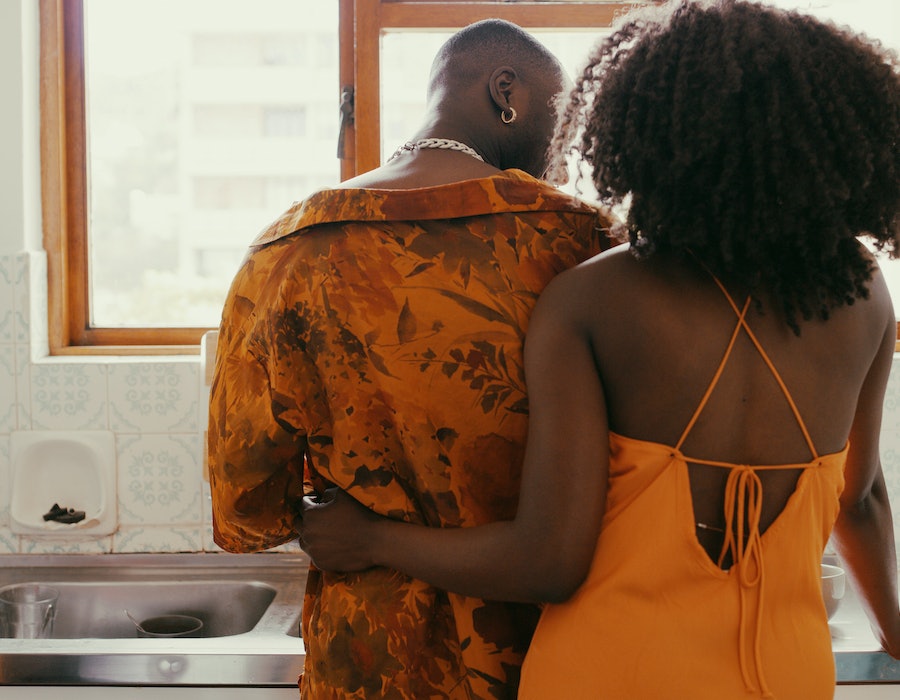 The deeper you get into a romantic partnership, the easier it can be for you to become completely intertwined and, at times, reliant on each other in an unhealthy way. Usually, this kind of dating situation is what experts call codependence. If you can relate, don’t stress. This is common, though you’re probably wondering how to stop being codependent in a relationship — or if that’s even possible.

TBH, it’s totally feasible to work on your codependency, no matter where you’re at in your relationship, explains Jenni Skyler, Ph.D., director of The Intimacy Institute. “It comes down to controlling anxiety and people taking responsibility for their own emotions,” she says. But first, you should probably understand a bit more about the issue and the way it impacts your relationship in the first place.

Below, everything you need to know about codependency, including some tips for how to stop being codependent in your relationship altogether, according to relationship experts.

Furthermore, in codependency, “one person tends to sacrifice their needs for the other,” explains Janet Brito, Ph.D., a clinical psychologist and sex therapist and founder of the Hawaii Center for Sexual and Relationship Health. “It has good intentions because you're like, ‘I want to help you. I can make you feel better,’ but it ends up being where one person is overcompensating,” Brito says.

Basically, if one person’s needs and wants in a relationship are habitually the priority over the other’s, you might have found yourself in a codependent relationship — no matter where you land in that dynamic.

Need some more clarity? Understandable. The following are some instances of codependent behavior, per Skyler and Brito.

This isn’t an exhaustive list of examples of all the ways a person can be in a codependent relationship, but it’s a way to help identify how it might manifest in your relationship, if need be.

How To Stop Being Codependent

Now that you’re a bit more familiar with codependency, how it’s defined, and how it can be present in your relationship, it’s time to learn how to unlearn this hurtful pattern which can lead to resentment and dissatisfaction.

1. Take a step back and get curious.

“You want to take a step back and think about the function of this behavior,” Brito says. “Get curious [and] say to yourself, ‘I wonder what this is about’ instead of beating yourself up for being in this situation,” Brito explains. Basically, don’t pine over the fact that this relationship is codependent and instead, wonder about the root of your behaviors so you can better address the issue. Above all, “be compassionate with yourself, be gentle,” she says.

2. Identify the reason you’re being codependent.

“There's a reason why you're utilizing this behavior,” Brito says. It’s a survival response that you probably had to develop during your childhood, she says, depending on your familial situation or early romantic and friendship relationships. In order to move on, you’ll need to understand why you’re doing this in the first place.

3. Think about whether you need to call in some extra help.

Having some trouble identifying the roots of your codependency and how to move forward? Reading about the topic and doing self-exploration is great, but sometimes resolving deeper emotional issues might require some extra help. Consider seeking therapy, a support group, or even hashing your situation out with someone else close to you for insight, Brito says.

After you’ve identified the source of your codependence, you’ll want to find ways to be more “selfish,” Brito says. While the word typically has a negative connotation, in this case, being selfish just means that you should find more ways to get back in touch with your own needs outside of the relationship, Brito explains, since codependent relationships can often stifle your ability to identify your own wants. Consider making more time for the things that are important to you that might have fallen by the wayside lately, like journaling, working out, or just spending more time alone with yourself in general.

5. Do something just for you.

It might sound too simple, but sometimes doing things for yourself that you would normally rely on a partner for, or do for a partner, can help build your self-assurance and confidence enough to help with your codependency, Brito says. “Cook a meal for yourself, take a long walk, [or] anything that seems realistic for your situation,” Brito says. Whatever it is, own it, and do it for yourself, period.

6. Consider whether you need to leave the relationship altogether.

Among other things, resolving your codependency issues might require that you leave a relationship altogether — despite the fact that it might be painful. “If you’re so codependent that you rely on this relationship for self-assurance, it might be time to consider leaving,” Brito says. Assess the situation for yourself as objectively as possible, then act from there.

7. Work on sitting with each other’s emotions.

“Most of the time, people just need to work on being OK with their partner’s emotions without trying to control them,” Skyler says. “Practice having one person say their emotions, and allowing the other person to sit with the anxiety of the disconnect,” she explains. Basically, you both need to be comfortable knowing that the other person might have a moment of anger or discomfort without letting their mood shift yours entirely — aka, you need to self-soothe instead of relying on your partner to dictate your emotions.

8. Learn to communicate when you need space.

“You need to be able to communicate where you’re at emotionally,” Skyler says, even if it’s hard to do. This means that if you’re dying for space and alone time, it’s time for you to communicate that with your SO, Skyler says, no matter how badly it might hurt initially. Remember, it doesn’t mean it’s over forever. Trust: This could be as simple as needing some time at the coffee shop to read your favorite magazine, you know?

All in all, take solace in knowing that recognizing the issue and reading more about codependency is a helpful step in understanding how to stop being codependent in your current relationship and beyond.

More like this
8 Flirty Games To Play Over Text With Your Crush
By Lexi Inks
35 Sexy Texts To Send Your Partner
By Griffin Wynne and Carolyn Steber
I'm 38 & Single. Why Can’t I Find A Serious Relationship?
By Sophia Benoit
Jess & Anya Are The High School Sweethearts Who Gave Love A Second Chance
By Jessica Morgan
Get Even More From Bustle — Sign Up For The Newsletter