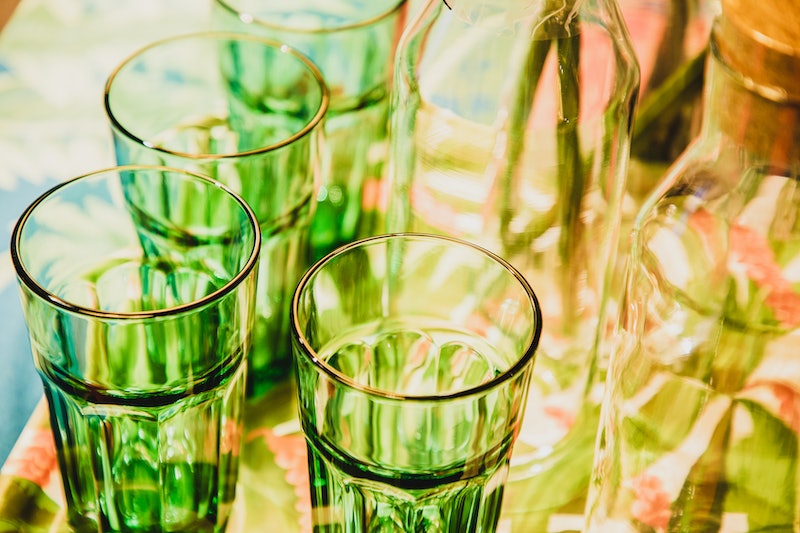 As June came to a close, Sheila*, a 36-year old Los Angeles-based architect, realized that she and her husband had had a drink every day for 70 straight days. “We panicked a bit when we looked at the numbers,” she says, of how her drinking habits have changed in quarantine. In addition to Zoom happy hours, she’s also found herself sipping tequila during work calls that run late into the evening. “When you tabulate days of drinking versus days of exercise, the ratio is bleak. Things have definitely changed.”

The uptick in drinking has been well-documented since much of the world went on lockdown in mid-March. Alcohol sales were up 34.2% the last week of May compared to the same time last year, according to Nielsen, and one study of 1,158 households from the Australian Bureau of Statistics found that women are overrepresented in this kind of data. And while there isn’t specific data on LGBTQ communities’ use of alcohol during the pandemic, it’s expected that LGBTQ people will face greater stress as a result of COVID, which has historically led to a greater incidence of alcohol use disorder compared to their cis, straight peers.

The pandemic is likely exacerbating an emergent trend, says Lara Ray, PhD, a clinical psychologist and professor of psychology and behavioral neuroscience at the University of California-Los Angeles (UCLA). “Even before the pandemic, surveys were showing alcohol use was already on the rise among women. Some of the societal stressors on women — pressure from career and personal life and experiencing a lack of gender equality — are driving people to drink. And that was pre-COVID,” Ray says. She doesn’t anticipate these new drinking habits to dissipate when states reopen and people go back to a semblance of normal.

“When you drink to cope, you learn that alcohol serves as a coping strategy,” she adds.

How COVID-19 Is Changing The Way People Drink

The casual quarantini may be anything but. “Studies show that longer-term, the closer people were to [disasters like 9/11, SARS, or Hurricane Katrina], the more likely they are to report an alcohol use disorder one to three years after the event,” explains David Jernigan, PhD, a professor of health law at Boston University and an expert on alcohol advertising.

He also points to data showing that right now, Americans are not only buying more alcohol, but cheaper alcohol. A couple who might have bought a bottle of wine a week to have over the weekend pre-quarantine are now stocking up on higher volume boxed wine instead. With more alcohol around, instead of having just a few glasses a few nights a week, they’re having a few glasses every night of the week.

Jernigen says that designating liquor stores an “essential business” during stay-at-home orders doesn’t help. “You can’t buy ice cream, but you can buy alcohol. It feels like the only treat available right now,” Jernigan says. “The alcohol industry is spending billions of dollars on telling people that drinking at the end of the day is the right thing to do.”

While liquor stores were deemed essential seemingly to prevent those with alcohol use disorders from experiencing withdrawal symptoms, Ray says “the portion of individuals experiencing withdrawal ... is quite low compared to the overwhelming number of people who are using alcohol to cope. The justification to keep them open is weak at best.”

The problem, Ray says, is that alcohol changes the brain. “People develop tolerance. One beer isn’t enough, so you need two. Two isn’t enough, so how about three. People drink more to get the same effect, and the more they drink, the more alcohol is a part of their brain and it’s harder to cut back.”

“Women already drink more socially than men,” she adds. “They get together with other women to drink in a way men don’t. It’s much more culturally acceptable to think of women getting together and drinking rosé. Just like how there are vaping flavors targeted at youth, there’s a lot of campaigning done specifically targeting women to make alcohol seem more feminine and more appealing.”

Ray notes that researchers would classify a woman who has seven or more drinks a week — just one drink a day — as high risk for problematic alcohol use. Women who report looking forward to having a drink, planning to drink, or planning around drinking often fall into this category. “Social drinkers don’t plan their drinking,” Ray says.

A nightly quarantine drink was one thing when we all thought we might be stuck at home for three weeks. As we enter month four of the coronavirus pandemic, though, Ray says something is going to need to change, especially since alcohol can worsen COVID outcomes.

“My friends in the mental health field have been talking for months about a second wave epidemic of substance use problems,” Jernigen says. “Alcohol is of the most concern because it’s the most abused and widely used substance.”

Ray says that, because COVID will be with us for a long time, people need to make their coping skills more sustainable. “In the short-term, drinking may take the edge off, but in the long-term what are you going to do? Is it going for a run? Taking a walk with your partner? Yoga? Meditation? I ask people, ‘If you’re not using alcohol to cope, than what?’”

More like this
Do Green Powders Work As Well As TikTok Says They Do?
By Carolyn Steber
How Ovulation Affects Your Sense Of Smell, Libido, & More
By JR Thorpe and Lexi Inks
10 Primal Movement Exercises That'll Improve Your Mobility
By Carolyn Steber
Here’s What Health Means To People In 2023
By Isabella Biedenharn
Get Even More From Bustle — Sign Up For The Newsletter
From hair trends to relationship advice, our daily newsletter has everything you need to sound like a person who’s on TikTok, even if you aren’t.