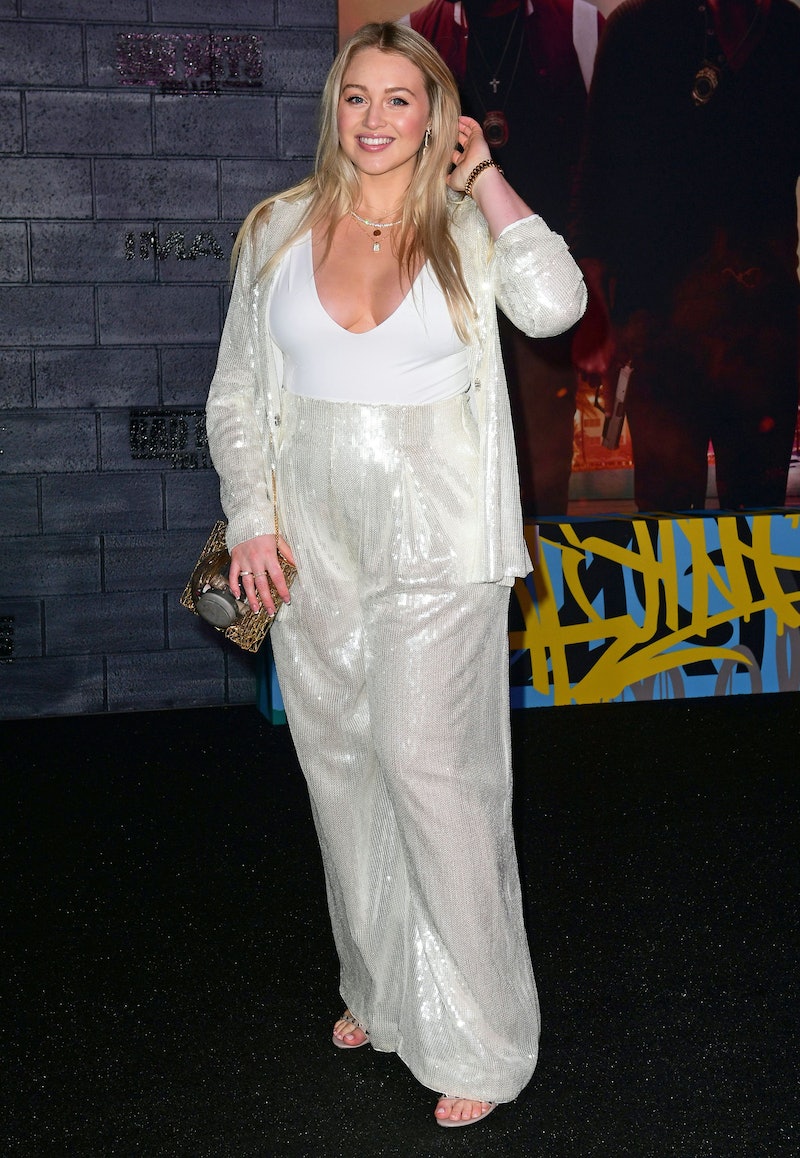 When the holidays roll around, even the most optimistic people can find it challenging to remain confident. The season's excess of treats and emphasis on food can especially feel triggering for those who struggle with a positive mindset about their bodies. Supermodel Iskra Lawrence's body positive advice, however, includes some genius tools for coping.

You may have come across Lawrence's (untouched!) Aerie ads or perhaps her (also untouched) Instagram posts, but if not, know that the model is a major voice in the body positivity movement of the fashion world. Her social media feed reveals hundreds of selfies with inspiring captions and hashtags like #nophotoshop and #everyBODYisbeautiful, alongside pictures of her cellulite, which is just one real-body feature she'd like to normalize.

Despite her confident appearance, though, the model — whose career began when she was just 13 years old — admits that she's dealt with her fair share of struggles feeling comfortable in her skin. "My self-confidence has been quite a rollercoaster," Lawrence tells Bustle. When she first entered the modeling world, she experienced the overwhelming feeling that her body wasn't good enough. "Every single part of you was physically rated on a paper on a scale of one to 10. I was rejected a lot and publicly body shamed," she says. After battling body dysmorphia and an eating disorder, Lawrence finally reached her "a-ha" moment when modeling for Aerie intimates.

"In one of my first shoots for them, I was sat down, and instead of posing and sucking my stomach in, I just had some rolls and the photo went viral. In lingerie ads, we typically see the fantasy and Photoshopped, airbrushed skin." Lawrence says she felt so empowered by the positive response to her images that she knew she was on the right track. "I thought, 'I want to be less perfect because that validates everyone else not needing to be perfect too,'" she says.

In light of the holiday season, Lawrence spoke with Bustle about how she stays positive when her self-confidence is challenged.

Lawrence points out that self-confidence can seem like a finish line, but it's not — even after you've gained self-confidence, there will still be times when you doubt yourself. Her tip? Don't feel guilt, but confront negative thoughts when they pop up. "It's very human to feel that way," she says. "I don't feel shame for that feeling — I just let it happen and then dissect it and break it down, and tell myself that I don't need to feel that way. Tell yourself, 'You are how you're meant to be.'"

For Lawrence, staying in the moment and focused on the positive things in her life keeps her feeling healthy this time of year. "There's going to be a lot of negative and comparative feelings," she says. "So taking a step back and doing your journaling or having a gratitude list so you can stay present and try to find those little things you can be grateful for... I know it might not be easy, but it could be something as simple as, 'the sun was shining today,' or that you got to drink your favorite coffee."

Staying active is a major way Lawrence maintains a positive mindset — but she does it to feel good, not to change her body. "We're not just moving our body to gain a superficial six-pack," she says. "We're moving for freedom, for mobility, and for function." These days, she loves doing at-home P.volve workouts, low-impact sweat sessions that use tools like ankle bands for strength. "Finding time to pause and move has been really wonderful."

One of Lawrence's body positive practices is what she calls "mirror work," which, as one might guess, involves looking in the mirror and giving yourself a mini pep talk. "Mirror work for me is very uplifting because it gives me the chance to speak to myself directly and say, 'You shouldn't need to be negative — you get to choose,'" she says. "Over the holidays or times when I feel overwhelmed or stressed, that is my go-to."

During the holidays, it can be common to receive comments about your appearance from friends or family members you haven't seen in a while. In this situation, Lawrence stresses the importance of pivoting the chatter away from one's physical appearance. "You might see someone who you haven't seen in a few months and immediately notice physical changes," she says. "It's very easy to say something like, 'Wow, you look amazing,' which is something society has taught us is a compliment. We have to try and break the cycle and find other things to compliment each other on, because you don't know what that person has gone through."

More like this
6 Pilates Arm Exercises That'll Unwind Tight Shoulders
By Carolyn Steber
Wait, Vabbing At The Gym Is What Exactly?
By Carolyn Steber
How Do I Deal With Both ED & Premature Ejaculation?
By Sophia Benoit
Jiu Jitsu Champ Kim Blake Is Pushing For More Women In The Sport
By Kathleen Ferraro
Get Even More From Bustle — Sign Up For The Newsletter