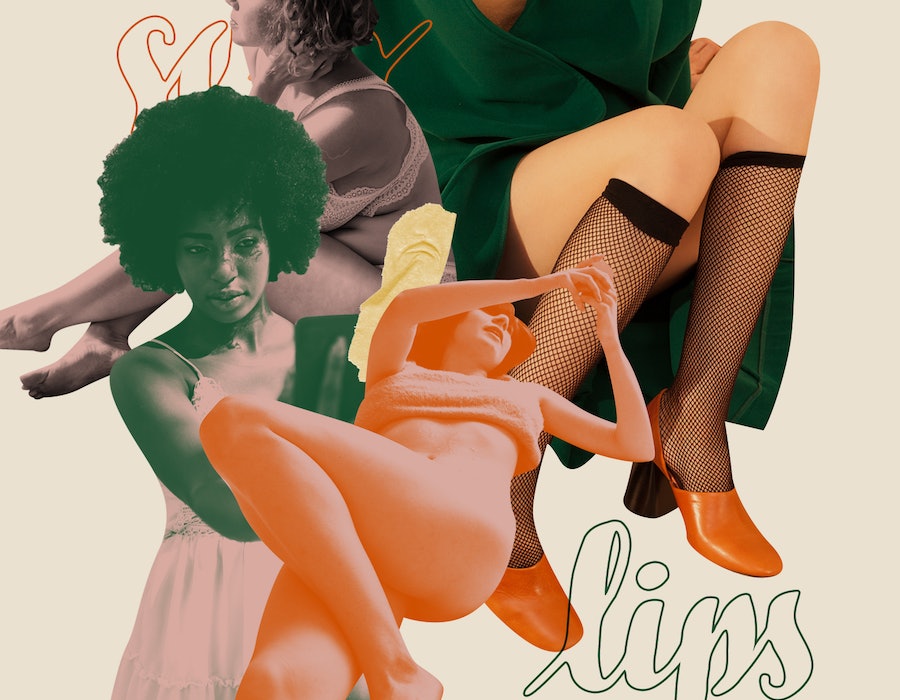 In December 2018, the microblogging platform Tumblr announced an official, permanent ban on all adult content, in order to cut down on abusive posts. Any explicit material, Tumblr warned, would be flagged and deleted by an algorithm. The move shocked the core of Tumblr’s audience — queer folks, women, artists, teens, people under 35 — who had come to rely on the platform for feminist, pleasure-centric sexual content.

“The majority of the start-up world is male-owned and dominated,” Brown, now in her thirties, says. “I realized Lips could be a digital platform in a field that really needed alternative perspectives.” As Tumblr lost its core user base, Brown planted the seeds for what would become Lips, the app: a feminist social media platform where sexual content wasn’t just allowed, but celebrated.

On Lips, I’m able to post myself in bikinis or my birthday suit. My creativity has no limitations.

For Kate, 30, Lips is a space where she can promote her art — exclusive content from a zine that explores “​​the fat-bodied kink community” — without the fear of censorship she experiences on platforms like Instagram and TikTok. The topics she illustrates — “sex, BDSM, queerness, and fat bodies” are ones that often get flagged as community guideline violations, the London-based artist tells Bustle. Self-censoring her illustrations has prevented violations on Instagram so far, but Kate’s first-ever TikTok was immediately deleted for featuring work of a fat, topless woman. “I’m always at risk of having my posts taken down — or, worse, losing my account.”

Cierra, a 28-year-old California-based sex worker, was considering quitting social media before she found Lips. In the past nine months, Cierra says multiple posts have been taken down on Instagram and TikTok, like a non-sexual Instagram Story of her in a sports bra and shorts, or posts promoting her OnlyFans account. Cierra blurs images, makes cryptic captions, and puts stickers over her body parts in photos, but estimates about 70% of her content is removed anyway. “On Lips, I’m able to post myself in bikinis or my birthday suit,” she says. “My creativity has no limitations.”

The app is free to download from Lips’ website and feels a lot like Instagram with its customizable profile, grid-style posts, and Explore page. The biggest difference is that unlike Instagram or TikTok, content about pleasure or sexual education isn’t hiding in hashtags like “#seggs,” pencil sharpener ASMR, or taken down before it can even be seen. Encouraged by a recent successful fundraising effort, Brown and her team are working on developing features like direct messaging and comments. Creator monetization is also on the agenda, says Lips Chief Technology Officer Barbara Bickham, which will allow users to not only support one another but to protect ownership of the work that’s posted.

A conscious process of moderation starts when a user first applies to join Lips: They must agree to community guidelines and write why they want to join the platform. Bickham is developing algorithms for detecting hate speech and harassment, and Lips relies on a panel, made up of feminist, tech, art, and philosophy experts — as well as members — to review flagged content and “determine if any additional actions [are needed] to protect the platform” and its users. Those who are found to harass, stalk, or otherwise harm others can be removed. The hope, says Brown, is to develop an algorithm that differentiates between good sexual content (like sex ed) and the bad (like nonconsensual or abusive posts).

More like this
30 Clever Ways To Slide Into Your Crush's DMs
By Griffin Wynne, Carolyn Steber and Lexi Inks
Breeding Kinks Have Been On The Rise Since Roe V. Wade Got Overturned
By Lexi Inks
Hinge Added A Video Prompt Feature, So Get Your Camera Rolling
By Hannah Orenstein
Are Quality Time & Gift-Receiving Love Languages Compatible?
By Lexi Inks
Get Even More From Bustle — Sign Up For The Newsletter