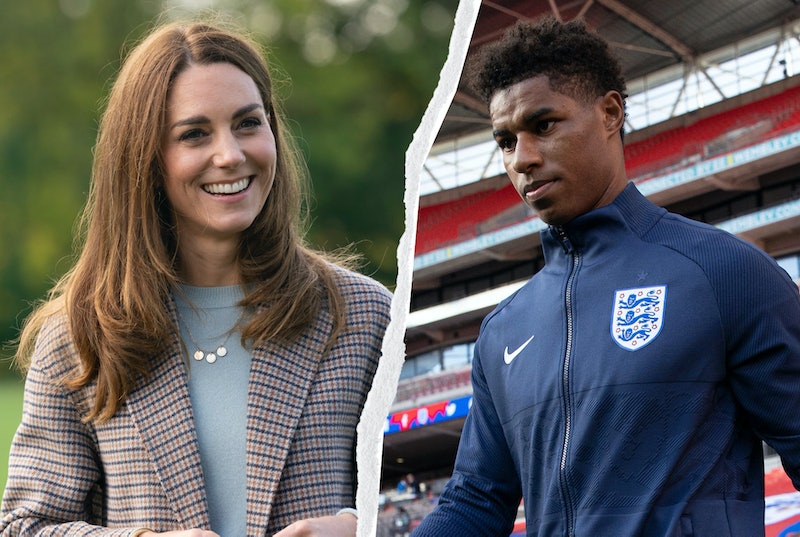 From the government's 'Stay At Home' campaign to the various NHS fundraisers, social media has emerged as a powerful tool during the pandemic. It also became clear that, when influencers speak, people seem to listen. With this in mind, to help with its major immunisation campaign, the NHS is planning to ask "very sensible" celebrities to promote the coronavirus vaccine.

Per the Guardian, NHS bosses fear that "vaccine scepticism" will prevent many people getting immunised. For this reason, they will reportedly be enlisting trusted faces to help persuade those who are undecided.

"NHS England are looking for famous faces, people who are known and loved. It could be celebrities who are very sensible and have done sensible stuff during the pandemic," said an NHS source to the Guardian.

So, who have they got in mind for the job?

The UK's health bosses are said to be eyeing up the likes of Manchester United footballer and campaigner Marcus Rashford. After the incredible impact of his child poverty drive, the 23-year-old player has an undeniable positive influence.

According to the Guardian, no other celebrities have been named yet but members of the royal family are also being considered. To further push the campaign, the NHS will also be looking to TV doctors, religious leaders, and others to help tackle vaccine scepticism.

The pending campaign comes as plans for mass immunisation are being drawn up in the UK. Earlier this week it was reported that the first jab could be issued in a matter of weeks.

As Bustle shared on Nov. 23, Health Secretary Matt Hancock suggested that the “bulk” of vaccines would be provided in early 2021. “[Medicines regulator MHRA] will be very, very careful to ensure that they look at all the data to make sure that this is safe,” he said. “Subject to that approval, we hope to be able to start vaccinating next month.”

The UK government has already placed orders for 100 million doses of the "90% effective" Oxford and AstraZeneca jab and, according to BBC News, “there are already four million doses ready to go, with another 96 million to be delivered.”

However, as Bustle reported earlier this month, the Oxford and AstraZeneca jab will not be released for use in the UK until it passes final safety tests and gets the go-ahead from the government's Medicines and Healthcare products Regulatory Agency.