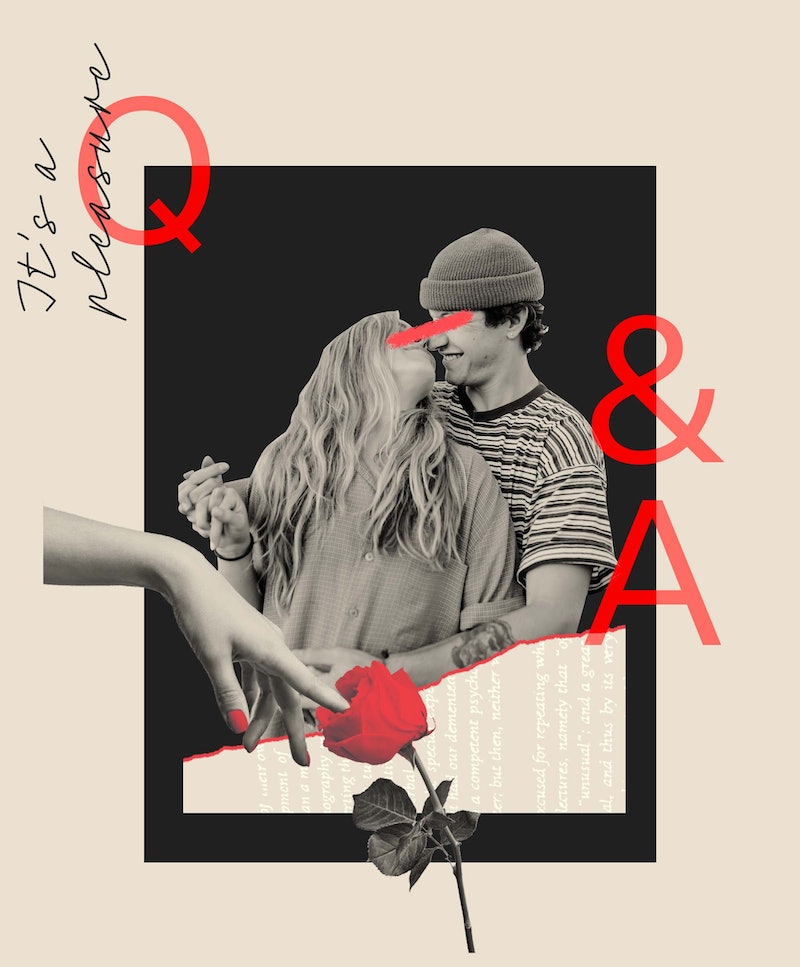 Luke Liable/Stocksy
By Sophia Benoit
March 3, 2022
It's A Pleasure

Q: I’ve been with my boyfriend for three years. Our relationship is great, but he’s the first person I’ve ever loved and dated long-term, and I can’t shake the feeling I need to experience more life (and date more people) before settling down with him. It’s getting in the way of my ability to commit fully to our relationship. Do we need time apart? Or should I just get over it and consider myself lucky to have found love when I’m young?

A: Here it is, here it is! Gather ’round everyone! It’s my favorite question of all time. One I have logged an ungodly amount of time thinking about. Why? Partially for self-centered reasons (is my own experience enough? What did I miss out on?) but also because I can’t begin to tell you how common it is to ask some variation of your central question, which is, if you boil it down: Am I missing out on something?

Maybe someone has had two long-term loves instead of one. Maybe someone has never been with a partner of a particular gender they’re attracted to. Maybe they lost their “virginity” (a fake thing, we all agree) later in life and haven’t done as much teenage sex/dating stuff. Maybe they got pregnant the first time they had sex and they’ve been with that partner ever since. The details change, the essence of the question remains the same. So many of us are walking around fully convinced, regardless of how often we dwell on it or not, that we’ve totally missed out on some crucial life experiences that Everyone Else is getting.

I blame How I Met Your Mother for this. I’m kidding. This problem is as old as time — if it weren’t partners and love, it might be longing for more travel or needlepoint patterns. I do think that we’re being subjected to a whole lot of stories about people d a t i n g. Like doing a lot of dating. When we talk about celebrity gossip, it’s so often about breakups and relationships and hookups. When we track someone’s life like that, it seems “normal” or at least “average” that people are dating 10-20 people before they even get into their first marriage. (And lord knows, there could be a handful of marriages). Then on TV, you’ve got the Ted Mosbys and Jules Vaughns. One can’t be blamed for assuming that everyone else has dated at least six people since 2022 began. The thing is… it’s just not true. Sitcoms aren’t any more realistic than Westworld or Reacher. And celebrities only date so much because well, they’re mega hot and rich. Also, they’re always making new friends because their jobs last like three months and they go to parties, which is not a thing the rest of us can do.

Let me assure you that your “lack” of experience is nowhere near as pronounced as you believe. There are certainly regular non-celebrities who are dating a lot, but a whole ton of the rest of us are not going hog wild in the romance buffet. Of course, that doesn’t assuage the sadness. It’s like if you’d never been to Paris and everyone kept telling you that it was overrated and sucked, which maybe is true, but also uh, I’d like to actually see that for myself, dude!

You absolutely are allowed to feel total and complete grief — yes, grief — over the fact that you’ve “only” dated one person. To use a phrase from 2009, you get to be butthurt. The question is, then, what do you do with this grief? Is this grief over what you missed out on a sign that you need to upend your life?

The crappy truth of existence, the asterisk on the wonderful miracle of being alive, is that you only get to do it once. (As far as we know.) Which means that you’re going to miss out. We all are! I am, unfortunately, never going to be a sexy professor taking a sabbatical in the South of France. Nor am I going to be a race car driver or married to a young Paul Newman. It’s bullsh*t, obviously! But even if I were somehow to travel through time and space and to be married to young Paul Newman racing cars around Marseille, I would still… be me. I would still get acne on my chin and have weird pains in my right hip even though I’m in my 20s. Because here’s the real deal: Wherever you go, there you are. Yes, you can break up with your boyfriend and go date a lot, and you will have a great fun time. You will also sob on the bathroom floor some days. You will also get cavities and forget to buy the one thing at the grocery store that you went there to grab. Your life will be very much the same as it is now — only without this person you love.

Dating a lot more people will probably only reaffirm that you did (do) love your partner and you want to be with him for as long as you can. Do I think you could have an equally fabulous relationship with someone else? Absolutely, 100%. But how is that better than what you already have? It’s not. It’s only different. And yes, novelty is exciting and anxiety-provoking and fun. But new romantic relationships are not the only avenue to thrill — they’re just a shortcut. Also, what is the plan for this? Are you going to ask your boyfriend to wait around while you make sure that you actually love him — which you already know — by dating your way through dozens of other people? That seems rather cruel. I understand the feeling that picking one person to be with often feels like picking one person to be, but you have an expansive future ahead of you.

Whether you did or didn’t miss out on uncomfortable dates where a guy talks about puppetry and how much he wants to live with his twin brother for the rest of his life is immaterial. You feel like you missed out and you’re allowed to be miffed about that, get it out! Talk to a therapist, journal, scream into a pillow from time to time, privately wallow in the stabs of envy you feel when a friend goes on yet another date!

I’m not going to tritely recommend that you just appreciate what you have and focus on your gratitude for it. (I’m pretty sure you already appreciate what you have or you would have left a long time ago!) I am, however, going to gently suggest that you reframe what comes next for you. Having one partner does not close all the doors to excitement. There isn’t some predetermined outcome that you chose that you are now just living out with the clock running. Being with one person doesn’t mean becoming invisible or fading away. Don’t hang around people who treat that as the case. You have worth outside of being romantically available to date, which means you have opportunities for thrill outside of that, too. Dating doesn’t equal life experience. Or at least it’s not the only thing that equals life experience. There are ways of meeting people and being intimate with people that are not romantic or sexual that are incredibly worthwhile and fulfilling. Expand your life, not your dating roster.

More like this
I'm 38 & Single. Why Can’t I Find A Serious Relationship?
By Sophia Benoit
My BF Wants To Stay Friends With His Ex Primary Partner. What Do I Do?
By Sophia Benoit
What Are Swingers? Everything You Need To Know
By Lexi Inks
35 Sexy Texts To Send Your Partner
By Griffin Wynne and Carolyn Steber
Get Even More From Bustle — Sign Up For The Newsletter