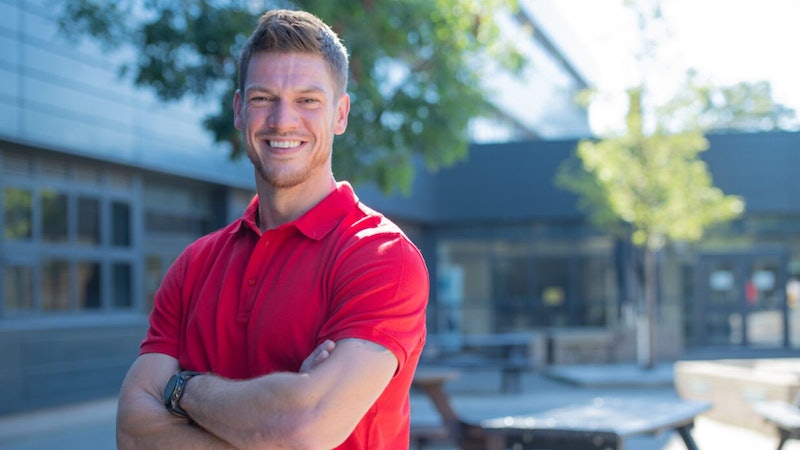 A man has been appointed as the first ever period dignity officer in Scotland. Jason Grant has been hired to carry out the role across the Tay region. Grant previously worked in tobacco sales and as a personal trainer. He has also served as a student wellbeing officer for a college. His most recent appointment has prompted a fair amount of criticism.

Neale Hanvey, the MP of Scotland’s Kirkcaldy and Cowdenbeath, expressed his dismay on Twitter. “It is incomprehensible that a young male without lived experience of menstruation is an appropriate person to address the needs of pre-pubescent girls at this vulnerable stage of development,” he wrote.

Another commenter tweeted: “Scotland has just appointed the first Period Dignity Officer… and it’s a man. You couldn’t make this stuff up.” Adding to the conversation, a Twitter user wrote: “This feels like a joke. Jason Grant — Scotlands first ‘period dignity officer’ — will never know the indignity of being bullied at school for having a period, of leaking, of being unable to afford period items, despite these being routine things many women sadly know all too well.”

Meanwhile, a handful were in favour of the idea, stating that period dignity is an issue everyone should address, not just those who experience menstruation.

Although Grant’s appointment is funded by the Scottish government, he was chosen by a local team of councils and colleges which comprises of Dundee and Angus College, Angus Council, Dundee City Council, and Perth College UHI, per BBC. His role requires him to travel around the region and discuss topics such as the free access to period products. The Independent reports that a spokesperson for the Period Dignity Working Group said Grant was the “strongest candidate.”

In a press release, Grant himself commented on the appointment. “I think being a man will help me to break down barriers, reduce stigma, and encourage more open discussions. Although affecting women directly, periods are an issue for everyone,” Grant remarked.

“We’ll also raise awareness of the menopause which, although a natural process for women, has wider repercussions in the world of work and family.”

This role was announced at the same time as Scotland became the first country in the world to protect the right to access free period products. The Period Product Act was first introduced by Labour MSP Monica Lennon and came into effect on August 15.

More like this
Women Around The World Are Cutting Their Hair In Solidarity With Mahsa Amini
By Darshita Goyal
Chris Kaba's Family Continue Fight For Justice After Viewing Police Bodycam Footage
By Sophie McEvoy
The Queen’s Cause Of Death May Not Be Formally Announced
By Shahed Ezaydi and Catharina Cheung
Will Archie & Lilibet Attend The Queen's Funeral?
By Sam Ramsden
Get The Very Best Of Bustle/UK