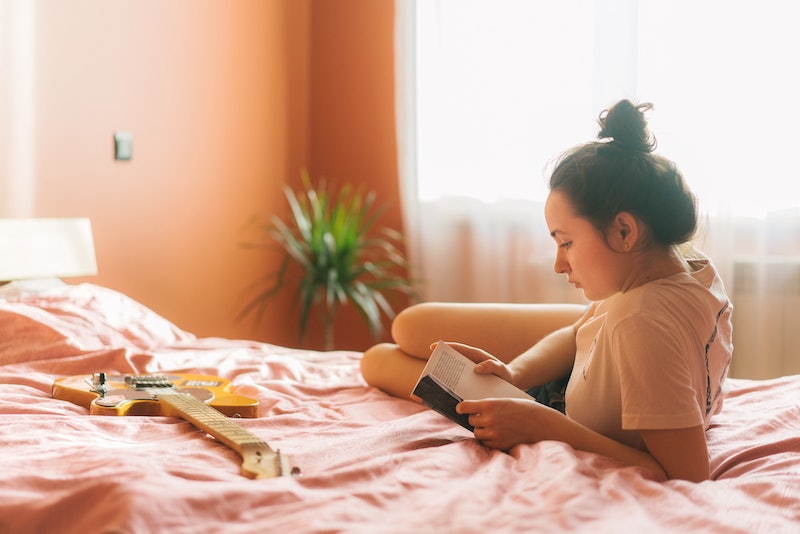 In this week's Sex IDK column, Emma McGowan, certified sex educator and writer, answers your questions about what it means to have no sex drive in your 20s.

Questions about what’s normal when it comes to sex are super common — I’d say, like, 90% of the time, when someone asks me a sex-related question, they’re really asking, “Am I normal?” So, I’d like to address that first, Reader, before I get into the meat of your question.

When it comes to sex, there is no such thing as “normal.” Because we bring so much to our sexual selves — our entire past, the different ways our bodies respond, our interests, and our traumas, to name just a few — every single person is going to have a different sexual experience and preference.

The word “normal” carries an implicit value judgment with it. When you say something isn’t “normal,” you’re really saying it’s bad. With that said, some preferences are more common than others. For example, there are statistically more straight people than queer people in the world. That’s just numbers, not a value judgment. It doesn’t mean that queer people are “abnormal” and straight people are “normal,” right? So let’s get out of the mindset of “normality” and think more about “common” and “uncommon.”

I’m going to rephrase your question inside that framework: “Is it common at 26 to have zero sex drive?” And the answer is no. It’s not common. The majority of 26-year-olds have some sex drive — and many have relatively high sex drives. But that doesn’t mean there’s something wrong with you or that you’re “abnormal.” Your experience just isn’t common — and that’s totally okay.

The very first thing that comes to mind when you say you have “zero” sex drive is that you could be asexual. According to the Asexuality Visibility and Education Network (AVEN), asexual people don’t feel sexual attraction to other people. They may still desire intimate, sensual, and even romantic connections with other people, but they’re not interested in acting on them sexually. Just like how most gay people have felt a sexual attraction for people of their same gender since childhood, many asexual people have never felt an interest in sex.

AVEN is careful to point out that asexuality is different from Hypoactive Sexual Desire Disorder (HSDD), which is when a person’s sex drive goes away because their sexual needs aren’t being met. HSDD also includes feeling distressed about the fact that your sex drive is gone and a desire to get it back. While both asexuality and HSDD include a lack of sex drive, asexual people aren’t bothered by it because that’s just who they are. In contrast, people with HSDD are bothered by their lack of sex drive because sex and sexual attraction are an integral part of who they are. See the difference?

If what you’re experiencing is a loss of sex drive, it could also be related to medication. Many medications (including hormonal birth control and most antidepressants, to name just two) can affect people’s libidos. Depression and other mood disorders can also be associated with a loss of libido.

But there’s no way to know if any of those are what’s going on with you without talking to your health care provider. So, if you’re feeling like, “Wait, where did my libido go??” make an appointment and go talk it out with them.

So, Reader, while your experience isn't necessarily a common one, it’s your experience — and it’s totally valid. Take some time to think about your relationship to sex and libido. Be honest with yourself. Is this a new thing? Or is it something you’ve kind of known for a while now? And remember: Whatever the conclusion is, you’re going to be better than fine.