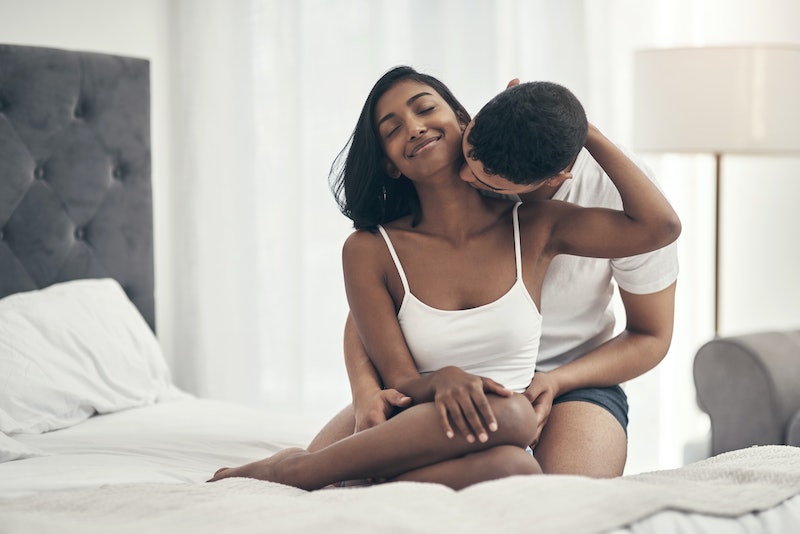 Before we go on, you can never be reminded too much of the following: opening the back door is something you should be genuinely interested in, not just an act you agree to because you think it's the next step in your sexual endeavors. It's your anus, so it's your choice.

1. The Missionary Sex Position Is A Bad Place To Start

3. Queefing Happens Down There Too

The queefs that come from your lovely butt are more, how shall we say it, pronounced than the ones from your vagina, but they're just as harmless. You and your partner might hear them mid-thrust or just as they're pulling out. That part of your body could release a loud gust of air without your consent, so be prepared — but don’t sweat it.

6. There Could Be Blood In Your Stool Afterward

7. In Fact, Your Poops Might Be Kind of Off

8. You’ll Probably Have to Work Up To It

This article was originally published on Jan. 19, 2016