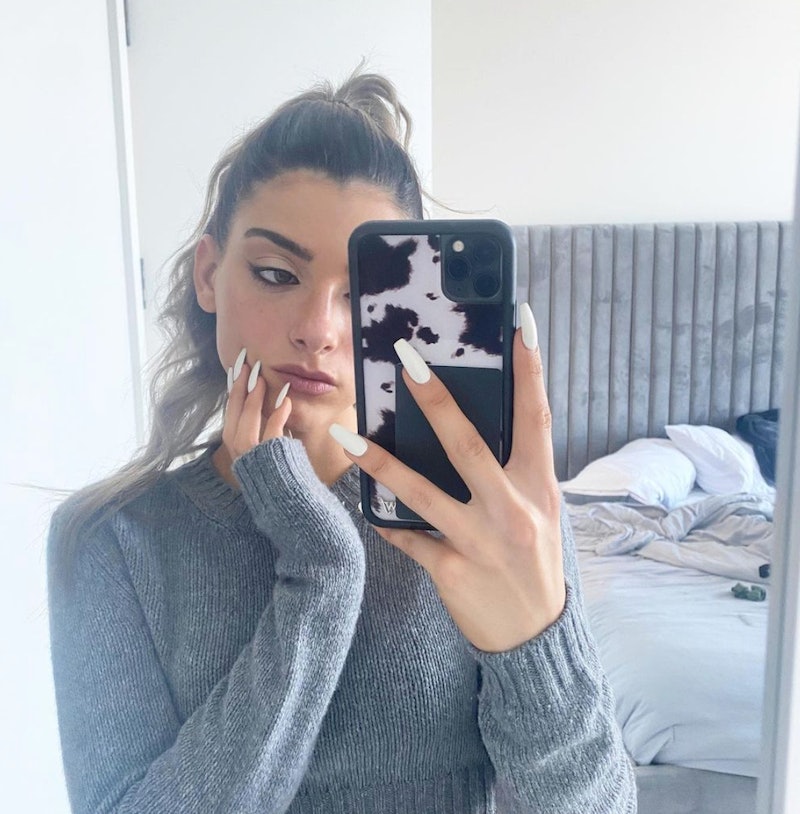 If there's anything worse than suspecting you've been friend-zoned, it's your crush confirming it — quite possibly on the internet, for all to see — by referring to you as "just a couple of besties." With these five words, they're essentially saying they don't like you back. And if you've ever suffered unrequited love, then you know that's all it takes for your hopes and dreams to fly out the window.

The phrase is a relatable meme for a reason. But where did "just a couple of besties" come from? It originated one fateful night back in August, when a paparazzo approached TikTok influencers Dixie D'Amelio and Noah Beck at a restaurant in Los Angeles, and asked if they were together.

While the two have since confirmed their relationship, no one knew at that point how they felt about each other, or if they were together. D'Amelio was freshly out of a relationship with Griffin Johnson, and was only just starting to hang out with other creators.

Of course, since TikTok fans are all about the ship, everyone had already started pointing out the pair's chemistry, which was on full display in the videos they'd been making together. Scroll back to their posts from July and August, and you'll see lots of videos like this:

At first glance, it's clearly just a couple of friends hanging out. But according to Seventeen, D'Amelio and Beck's relationship was becoming more and more obvious to fans as the weeks went on. And that brings us to August, when they were eating outside at Saddle Ranch, a restaurant in LA.

A paparazzo from HollyWoodFire was filming the two as they ate — kind of creepy, I know — before he decided to waltz up and ask how they were doing. In the video below, you can see D'Amelio look up and say "good." Then the paparazzo goes on to say "you guys make a beautiful couple," to which D'Amelio responds — without missing a beat, I might add — that they're "a couple of besties!"

And that, my friends, is the soul-crushing birth of the meme, caught right there on film. While D'Amelio had every right to defend her privacy — and since the two didn't confirm their relationship until October, it's impossible to know if they were just "a couple of besties" at this point, or not — you can see Beck laugh and then look down with disappointment, in that perfectly meme-able way.

Since that evening at Saddle Ranch, other folks, who have been let down in in similar ways, have posted their "just a couple of besties" moments. It's rough to be friend-zoned, but look at D'Amelio and Beck! If you're hanging out with someone you like, and think you don't have a chance, hang in. You might just end up together.

More like this
30 Clever Ways To Slide Into Your Crush's DMs
By Griffin Wynne, Carolyn Steber and Lexi Inks
21 Signs You're Not In Love Anymore
By Sara Altschule, Kathleen Ferraro and Carolyn Steber
6 Dating App Tips To Try If You're Looking For A Serious Relationship
By Lexi Inks
Wanna Try Hinge's New Video Prompt Feature? Here Are 7 Tips
By Lexi Inks
Get Even More From Bustle — Sign Up For The Newsletter