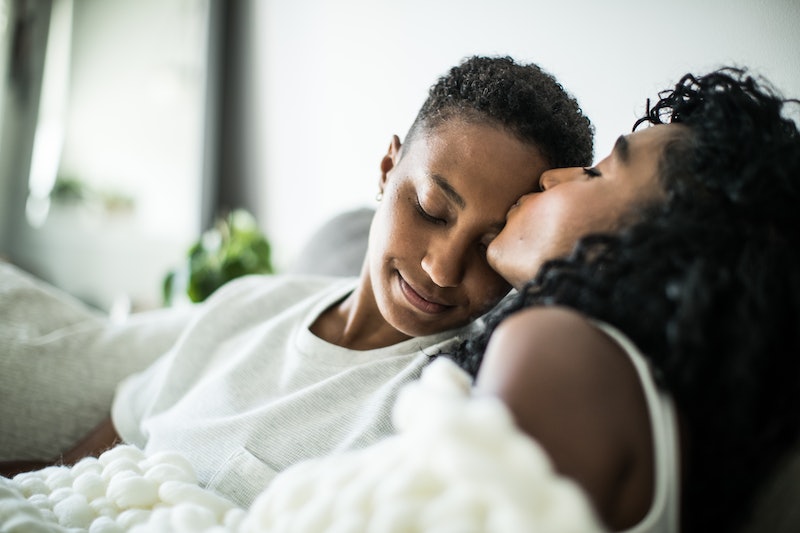 In this week's Sex IDK column, Emma McGowan, certified sex educator and writer, answers your questions about what it means to be a lesbian top.

Q: I’m a woman in my first relationship with another woman. She told me that she’s a “top,” which I didn’t even know was a thing for lesbians? What is a top?

Welcome to the world of same-sex dating! Every new relationship can be fun and exciting, but a new relationship with someone whose gender you've never dated before can come with its own set of questions — and this is a great one. The very first thing I recommend you do in order to answer this question is ask your girlfriend. If she used the term “top,” she probably has a very clear understanding of what that means for her. It’s an identifier — it’s her identifier — and she chose it for a reason. So find out what that reason is!

When talking about lesbian tops, we’re usually talking about a person who prefers to take a more “active” role in sex. That means she’s probably going to want to lead the action, whether that’s initiating the first kiss or being the one to perform oral sex rather than receive it. According to a 2018 survey of more than 3,600 people done by the lesbian publication Autostraddle, lesbian tops greatly prefer to be on the “giving” end of sex acts rather than the “receiving” end, with almost twice as many tops as bottoms preferring to "give" rather than "receive" seven different sex acts.

Another finding of the same survey was that while a minority of tops never want to be on the receiving end of sex acts (they’re called “stone tops”), most are down for it sometimes. Autostraddle defines "top" as a person who prefers to being on the giving or penetrating side. But the biggest self-identified category Autostraddle found was “switch” — which means someone who enjoys being both a top and a bottom.

(Another interesting lesbian relationship stat from Autostraddle? An earlier survey suggests that relationship status seems to matter when it comes to orgasm frequency. About sixty-five percent of respondents in monogamous relationships reported orgasming every time they had sex, compared to just 50.4% of non-monagmous respondents. But back to the matter at hand).

While using the terms "top" and "bottom" have specific meaning in same-sex relationships, people of all genders and sexualities can and do identify as one or the other. Identifying as a top or a bottom isn't correlated with any one gender expression or sexual orientation.

Which brings us full circle. If you want to bring what being a top means to her up during a non-sexual moment, like over breakfast, it's as easy as saying something like, "Hey, remember when you told me you're a top? What exactly did you mean by that?" Over the course of having more sex with her, it might also become self-evident — but it's still worth having the conversation in the interest of keeping an open dialogue about what you both like during sex.