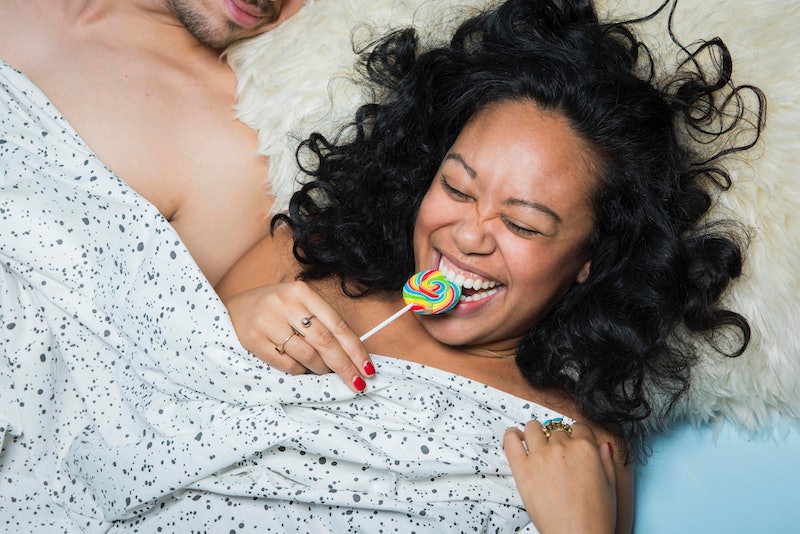 When it comes to sexual fetishes and kinks, it's not totally fair to say one fantasy is more "normal" than another. As long as all those who are participating are consenting adults, then what you do to get off is your business. But of course, a lot of us are curious about other people's sex lives, and it's always interesting to know what the most popular sexual fetishes and kinks are — and what people really want to try in bed.