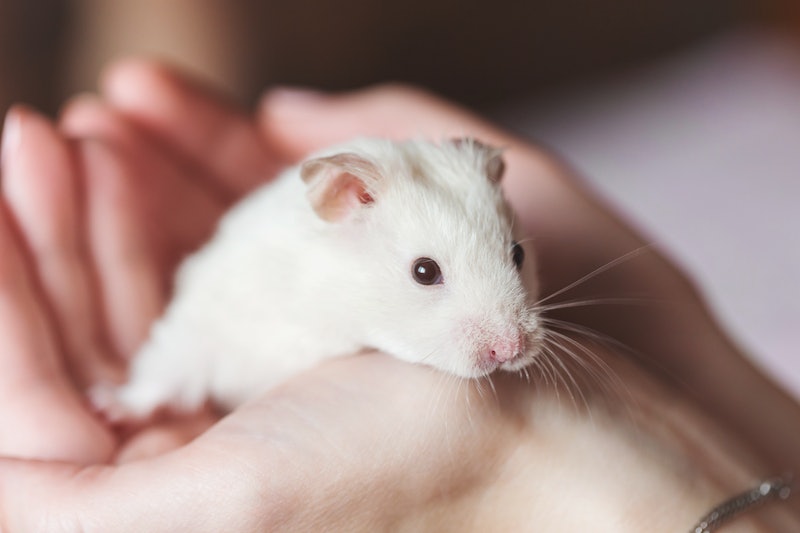 Rats aren’t everybody’s favorite animal. For every person who insists they’re amazing pets or TikTok user extolling their adorable virtues as trainable geniuses, there’s a counterpoint from someone else that claims they’re dirty, unlucky, or carry illnesses. Though it’s now thought rats weren’t actually the culprits for the Black Plague — it turns out it was humans, whoops — old beliefs persist. But what does it mean when you dream about rats? If the creature has been showing up as you sleep, everything from folklore to wordplay can explain what they might mean.

Rats have a lot of different cultural connotations around the world. In Chinese folklore, white rats can be symbols of fertility and abundance, while some old British traditions of the 19th century insisted that certain “queen rats” could turn into humans and seduce sewer workers. Depending on the stories your gran told you when you were growing up and whether you regard them as pests or pariahs, rats in your dreams might mean wildly different things — here’s what an expert has to say.

When it comes to interpreting your nighttime adventures, dream expert Lauri Quinn Loewenberg tells Bustle that looking to cultural and linguistic associations can help. “If you can find the figure of speech, the idiom, the homonym, etc. in your dream, you have found an important piece of the puzzle,” she explains. If rats are appearing frequently in your subconscious, she recommends looking at phrases or beliefs around rats that might decode them.

“Has someone recently or are you afraid someone will ‘rat you out?’ Are you or is someone around you behaving like ‘a dirty rat’?” Lowenberg suggests. Perhaps you’re feeling like a lab rat that’s being manipulated, or as if you’re endlessly running through mazes.

If that’s not chiming, she suggests looking into pop culture. If you’re learning to cook, perhaps Remy in Ratatouille feels really relevant right now; if you’re harboring a secret, like the rats in the Secret Of NIMH, that might be a key. And, of course, rats have a reputation as plague carriers, which means that if you’re frightened of pandemics or feel worried about health, they could symbolize your fears. “Your personal associations will always play a role in why a rat, or any creature, is part of your dream,” Loewenberg says.

Rat Behavior In Dreams Can Say A Lot About Their Meaning

If nothing about rats themselves seems to correspond with your waking life, Loewenberg recommends looking at how they behave in your dreams. “Is the rat a threat to you in the dream? Then it will symbolize something or someone in your real life that you feel threatened by,” she says. “Is the rat annoying? Then it would represent someone pestering or annoying you.”

This goes for all kinds of rat-like behavior, too. If the rat’s gnawing on things, it may symbolize something that’s gnawing at you psychologically. If it’s unwell or dead, it may touch on a feeling of loss or grief. “The rat is some part of you or it is something that directly affects you,” Loewenberg says, and that means it may be important.

How To Deal With Rat Dreams

Dreams about animals you don’t particularly like can be annoying to deal with, but Loewenberg says that if rats keep showing up, they symbolize something that’s really occupying your mind.

“As grossed out as you might be by the rat, pay very close attention to the nature of it, its behavior, and how you felt about it or what you thought about it,” she says. “All of these things are pieces of information that will provide you with a very important message for your life right now.”